The week beginning the 1st of December 2007.
Saturday the 1st

Another Saturday of exams, this time two sessions with only one student in each.  In between, someone shouted me lunch and I bought an extra copy of Growing Today so I could send it to someone.  My second column is now in print. 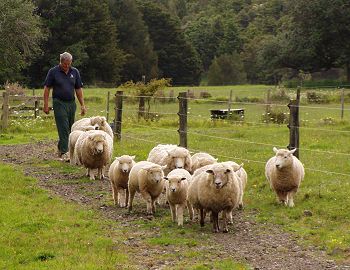 Later, at home, I suggested to Stephan that since the day had been so warm and dry, it might be an excellent time to shear the ewes, which are getting very woolly. 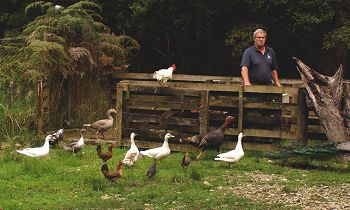 These poultry don't seem to realise they're not the intended yardees. 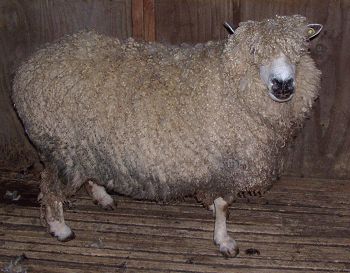 How can Yvette see through all that? 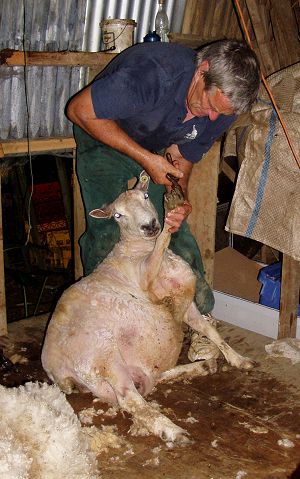 "Would madam like clear or rose enamel on her toes?"

There's been a bit of limping amongst the ewes, so a quick trim was in order in some cases. 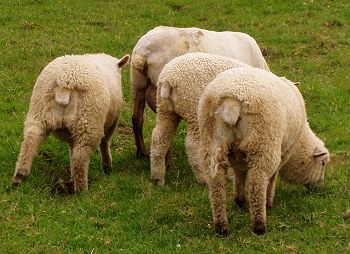 After shearing the ewes, Stephan crutched the lambs - shore the wool off around their tails and bottoms.  The ewe in the picture is Dotty and there are two of her lambs on the outsides and the middle one is one of Yvette's, a month younger.

Dotty's lambs are very impressive - or rather, I'm very impressed with her, having raised three excellent lambs. 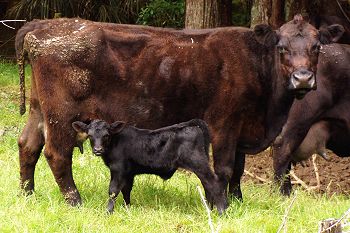 Ivy and her minute calf... 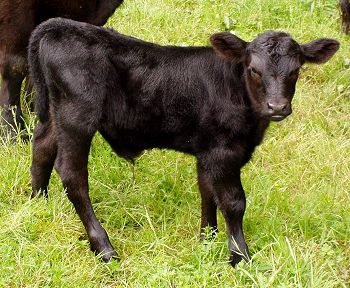 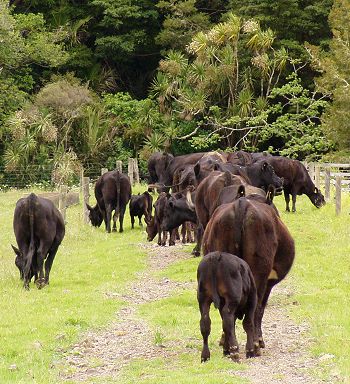 It being fine and there now only being three exam sessions left to organise, I brought all the cows and calves in to the yards.  I drafted the cows off from the calves and gave all the cows a copper injection, then let them out again and sent them back to new paddocks.

Last year was the first time I'd left one of the winter copper injections until after the cows had calved and while I thought I'd left its administration rather close to mating, all the cows got in calf in record time.  This year this shot is a little earlier, outside the recommended two-weeks-before-mating-starts timeframe.

At some time in the next couple of weeks, when the weather is suitable, we'll have to get them all back in and tag, vaccinate and castrate the calves, hopefully before having to divide the cows into their mating mobs. 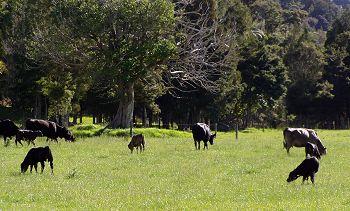 Back out grazing again, in the Mushroom paddock in the sunshine. 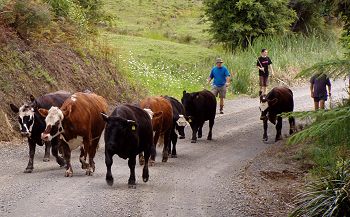 Because I operate a closed herd, as far as is possible when surrounded by other farms, I don't allow anyone else's cattle to use our yards.  The exception is our neighbours over the road, who purchased most of their stock from us and at the time I said that if they didn't acquire more animals from anywhere else, I'd be happy for them to come back into our yards when necessary.

This afternoon we gave William a hand to bring them down the road to the yards and tag some which had never received the obligatory ear tags.  This was an interesting situation and one which annoys me somewhat: the person who sold William the cattle concerned, did so without tagging them before they left her property.  William is not the only cattle owner I know of who has bought animals from that person, which have not been tagged.  Their previous owner then had the audacity to charge William money for the tags she recently provided, which she was legally obliged to have inserted in their ears before they originally left her property!

The national bovine TB strategy requires us all to pay levies any time we have an animal slaughtered at the meat works and also requires everyone to have their cattle tagged with the official ear tags.  All up that costs us some hundreds of dollars each year, even though we live in a TB-free region.  I have no argument with the scheme as a whole, but I do with those who think they can ignore it and opt out of the system. 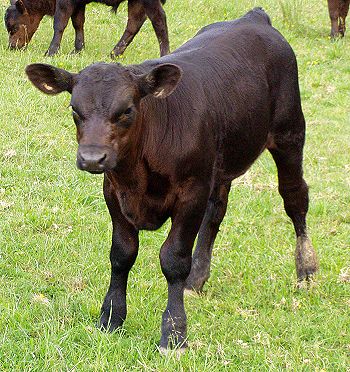 I have no idea who this lovely calf actually is.  He's the type I like: bulky, nicely rounded, healthy, quiet and obviously growing really well.  I look forward to their having numbers in their ears so I can keep track of who's who. 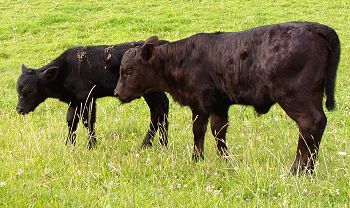 This is not a picture of two animals with one near the camera and the other further away.  This is a picture of Isla's calf standing just this side of Ivy's calf to give an idea of the size difference between them.  There is of course only a week between them in age. 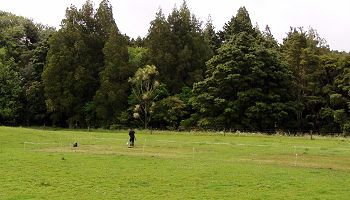 Stephan, and various members of the wider family, have decided we will have the annual Boxing Day family gathering here this year and it will naturally have to involve a game of Cricket.  The game will probably be a fairly relaxed affair - although it wouldn't surprise me to discover that some take it very seriously indeed! 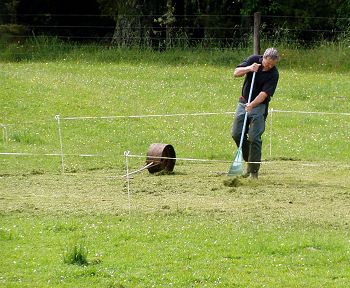 Stephan has cordoned off a section of the House paddock, mown the grass, raked it, rolled it and has intentions to add fine sandy soil to fill in some of the cattle-related depressions.

No doubt he will give it daily attention over the next three weeks, although I suspect it will still have an interesting dip in the middle and the fielding players will be at varying altitudes, depending upon which part of the field they choose to cover.  It is highly likely that there will be a need to retrieve some balls from the river and I shall ensure the cows are not in the paddock, for their safety. 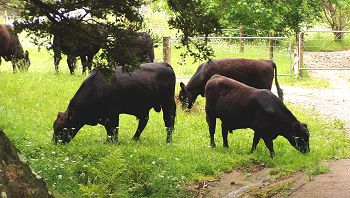 I received a phone call this morning in response to an advertisement I placed in the local paper, in an attempt to sell some of my yearling bulls.
I brought the six animals off Jane's place and into the Pig Paddock for easy viewing and subsequently sold one of them.

The big bull in the picture (before they came across the bridge) is #43, the last R3 bull, and there are five yearlings, two of which I plan to use over the heifers this year.