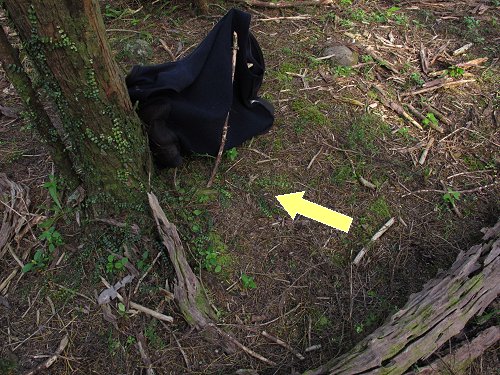 I went out to check on the little pink orchid I found the other day, and while that one had wilted away, there was another specimen nearby.  The wind was strong and blustery, which didn't make it easy to take pictures of something so small - the orchid is the tiny light speck to which the arrow is pointing.  I took off my jacket and propped it up as a makeshift wind-break, but it didn't work very well.

They are exquisite little flowers. 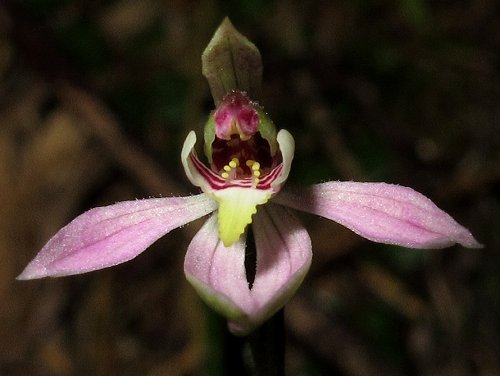 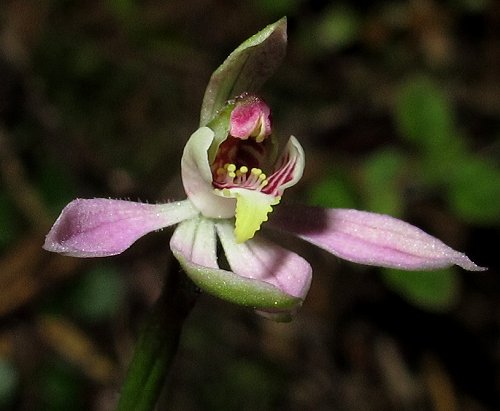 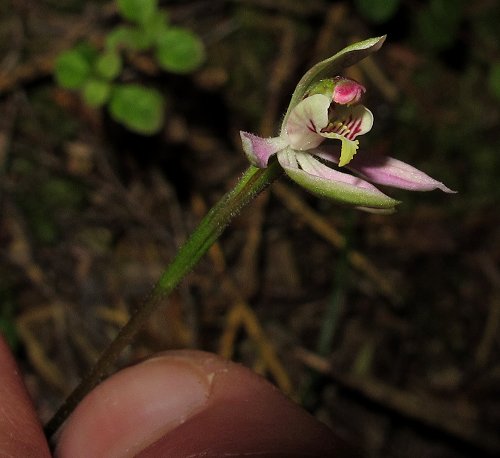 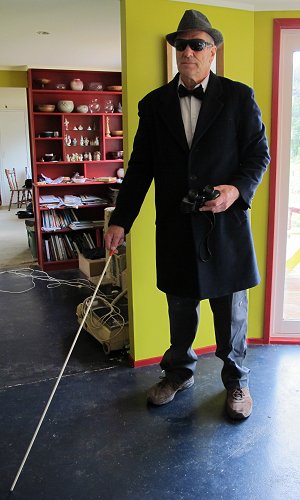 Stephan was asked if he'd like to go to the Takahue Races, an annual fund-raising event with wind-up horses and play-money betting, to play the part of a blind racing Judge.  He borrowed a hat and coat and my bow tie and off he went with a fibreglass stake from the garden for a fun evening, during which he won a prize for "Best Dressed Man"!  We might conclude a number of things about the standard of dress at the function from that information.

I had to stay home and continue exam preparation and article writing so I don't try my editor's patience during this busy time of year. 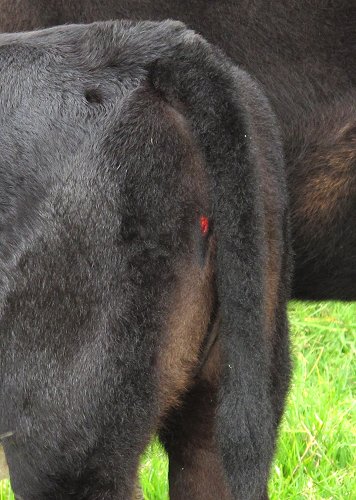 479's calf has a strange little raw spot on her hind leg.  I noticed it when she was just a couple of days old and assumed it would get better and disappear, but it looks as though perhaps her mother keeps licking it clean, which isn't allowing it to heal over.  It's clean, so presumably it'll get better sometime. 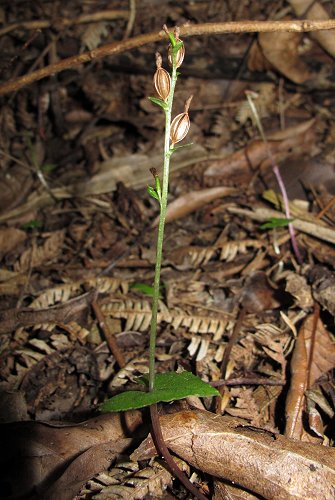 A tiny orchid plant (Acianthus sinclairii), its fruits dry and empty after the seeds floated away on the wind.

The greenhood orchids out in the Back Barn Paddock are out again.

I particularly like these plants.  I feel that way mostly because I know they've been invisibly (to me) growing there for years and I've only just noticed them!  It amuses me that there are so many things we simply don't see because we don't know they're there. 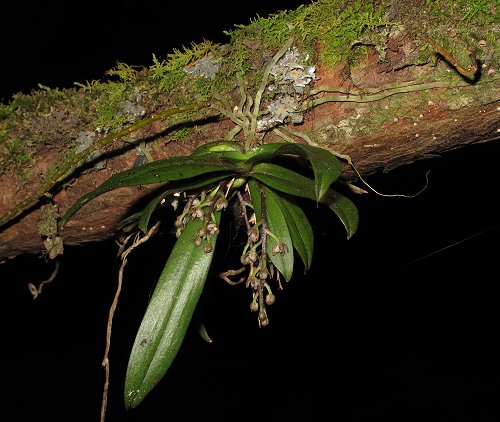 This is a good picture of Drymoanthus adversus, the little tree orchid which grows commonly on the Totara branches.

Note the fleshy roots growing out along the Totara branch - they can be up to about a foot long on the bigger plants, and are often the first thing one notices when a plant is very small.

The first of the two full weeks of exams.  Things went well until I fell ill with some unpleasant viral throat infection going around the school.  I struggled on, with only one day lying at home on the couch, during which I was able to delegate partial responsibility to someone else.  It made the whole job much more difficult than usual, although fortunately I'm so much more familiar and confident with the processes in my fifth exam season, which makes it easier every year, so the two effects sort of cancelled each other out and I managed, just. 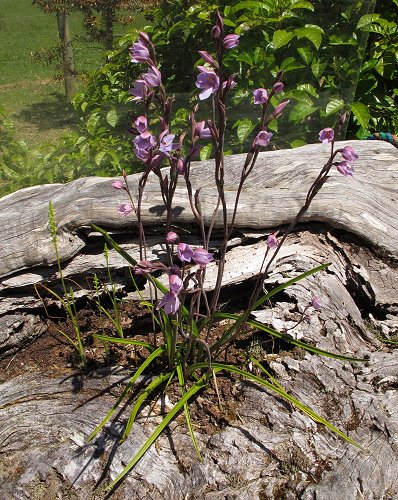 My day at home lying down was a sunny one, so I went outside a couple of times to inspect the lovely orchid.

The closing date for entries is Sunday 18 December at midnight, so enter now!