Stephan built a Starling nesting box and put it on a post near the garden fence.  I wonder if we should put up a "vacancy" sign? 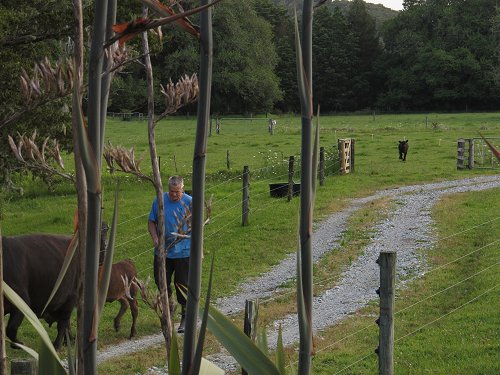 I watched Stephan from the window this evening as he brought the housecows in for milking.  Imagen's calf wouldn't come with them, but then all of a sudden changed his mind and came galloping across the paddock to catch up.

The vertical stems are the flowers of the flax bushes by the house.  I usually remove the dead ones from the previous year, but hadn't finished that job this year before the new ones were up.  It's interesting to see how much taller this year's flowers have grown, compared with the dead ones from last year. 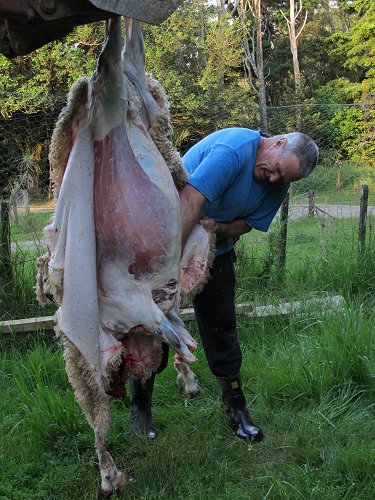 This is the body of the last of the lambs of 2008!  He was a big (and slightly scary) wether, sired by the ram which nearly killed me.  I never liked the look of him, or rather the way he looked at me, so will feel safer with him in the freezer and on my plate!

We usually kill them earlier in their lives than this, but he should still be jolly good eating.

In the picture, Stephan is "punching" the skin off the animal - applying reasonable force to separate the skin from the body.  It comes away quite cleanly from a healthy sheep. 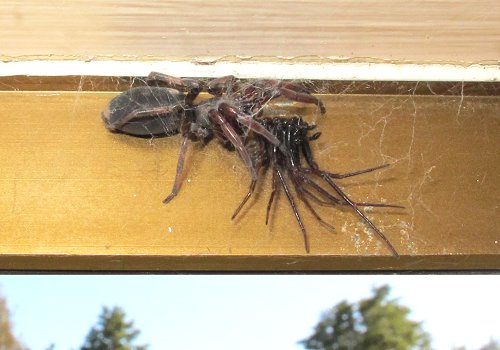 There's something about the appearance of a White-tail spider which immediately attracts my attention!  I took the photo, then squashed it.  I presume it had killed the spider it appeared to be eating. 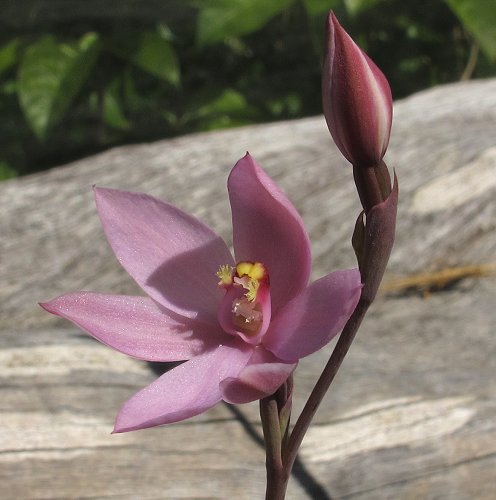 One of the orchid plants growing in the colony on the Puriri trunk in the garden, is pink this year.  It's very pretty.  I don't generally like the colour pink, except in flowers, but this is a lovely hue. 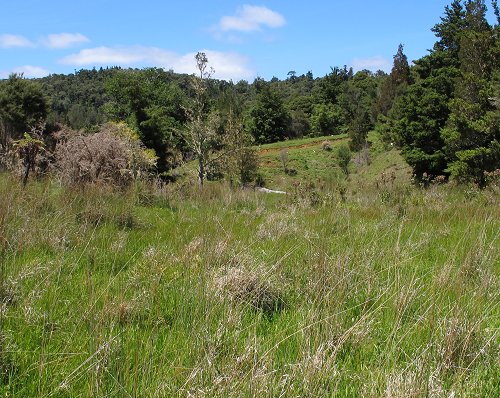 This is the wetland out in the middle of the Big Back Paddock.  The white thing in the middle of the picture is the fallen Puriri trunk of a dead tree which stood for years, with only a few epiphytes growing on top.  I'm sure I have some pictures of it somewhere, but can't find them.  Please let me know if you come across anything likely in these pages.

The tree fell down a few months (I think) ago, and I've been looking at it from time to time, because I suspect it will grow orchids, having been standing in the way of wind-borne orchid seed for so long. 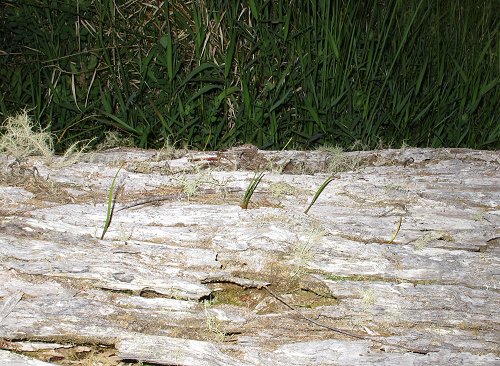 Today I discovered a number of very small plants which look like they are young orchids.  They're growing from quite deep grooves in the trunk, so it's not possible to confirm their identity without harming them.  I'll watch them over time and see what they turn into.  They certainly feel like orchids to the touch. 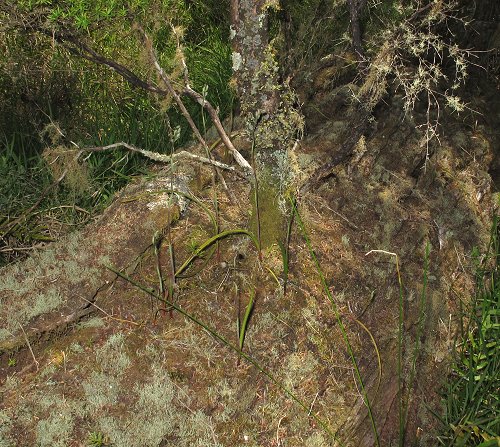 Further up the paddock (don't imagine something grassy and flat, since it's mostly hilly, covered in trees with the wetland down the middle) is another long-fallen Puriri where I've been watching Sun orchids growing.  There are quite a few of them this year.

Each plant has a single leaf and a single flower stem, but each stem often carries multiple flowers. 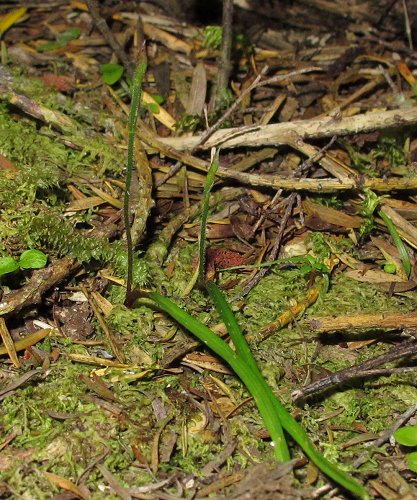 These are two minute little plants out in the Back Barn paddock.  I'm not sure how I found them, since they're barely visible from a standing view.  I suspect I was crawling around on the ground at the time, looking for more of those pink petalled orchids.

The flowers didn't really come to much, and a tiny caterpillar was eating the one on the left the next time I visited.  I sent some pictures to the orchid people and the reply suggested I'd found something which had been chewed by some creature, but I actually don't think that's correct.  This isn't a spectacular looking flower, but it is something.  It's so tiny that perhaps nobody's noticed it before.

I'll have to look for more of them, or wait until next year and try again. 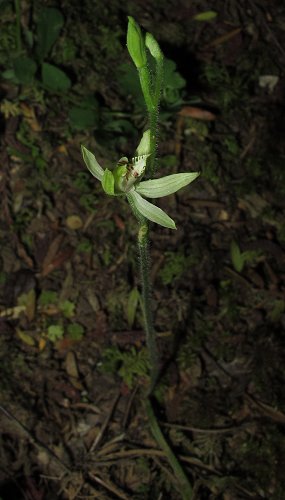 This is the flower I expected to find when I discovered the pink-petalled orchids in the last couple of weeks. 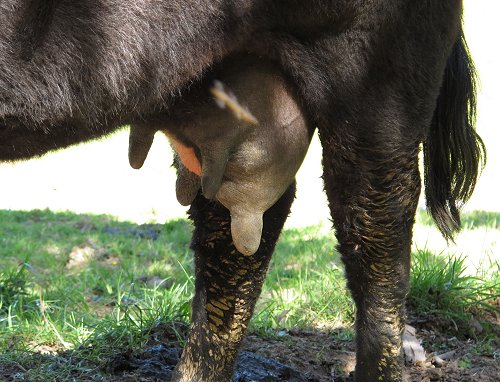 Three-year-old 605 usually has a far more respectable looking udder, but the calf has obviously fed very unevenly!  The fact that it can look like this is attributable to her mother's influence.  Generation by generation, udders in this family are improving. 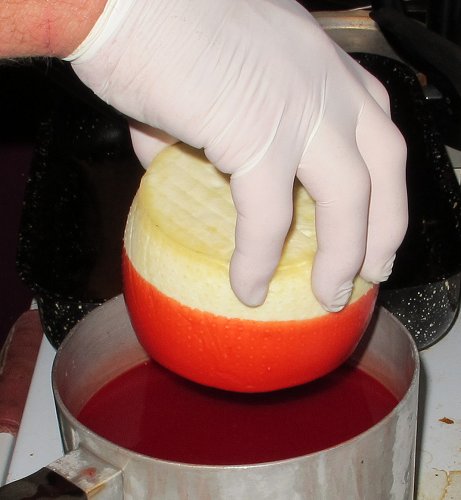 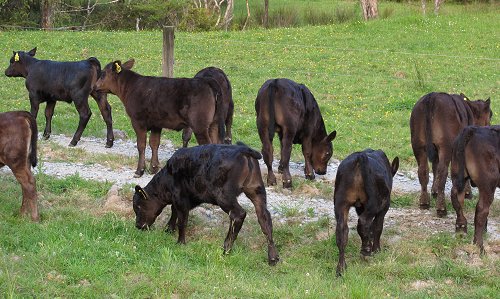 The calves are just on the verge of looking utterly fabulous.  At around six weeks, I start to see how well they're filling out.  After that the stunners really begin to stand out from the crowd.  From now on their rear ends will become much more muscular and sort of rectangular. 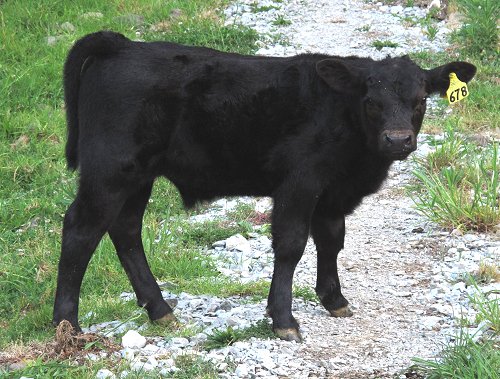 This is a funny little calf.  His brother last year looked exactly the same: gormless and short-bodied.  The older calf grew out alright, but he was always the last one to walk along the lane, always a bit slower than everyone else.  Maybe 611's sons will always be a bit slow. 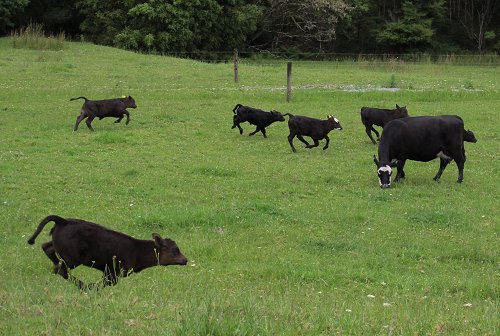 I'm moving the cows around quite quickly at the moment because there's not really a lot of feed growing, but there is good reason to believe we will have rain and that there will be grass growing soon.

Here in Mushroom 3 the calves ran around and around the paddock just after I moved the mob. 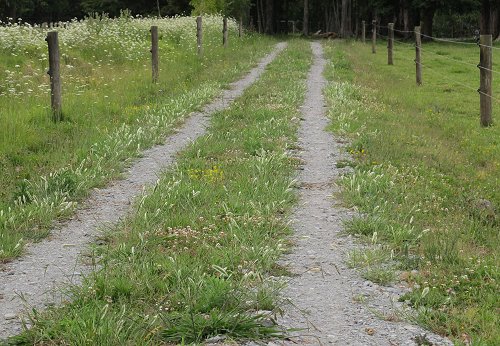 Oh joy, a new weed we've never seen before.  The seed must have come in with the lime rock we spread last summer from Bellingham Quarries.

I've since learnt that the quarry owners are obliged, by the Regional Council, to undertake a spray regime designed to control weeds, since the quarry would be a major source of this sort of problem if they did not.  I contend that if they have been spraying, they've not been doing it enough, or their timing has been off!  One of the main reasons for not continuing spreading river gravel, as we did about three or four years ago, was that we ended up with far too many weeds along the tracks.  But now we have even more weeds from this lot of limerock than we did from the river gravel.  It's very troubling and most annoying, and we'll have to spray all the tracks as soon as we can.  In the mean time, because these look like they'd probably set seed quite quickly, we'll have to pull them out! 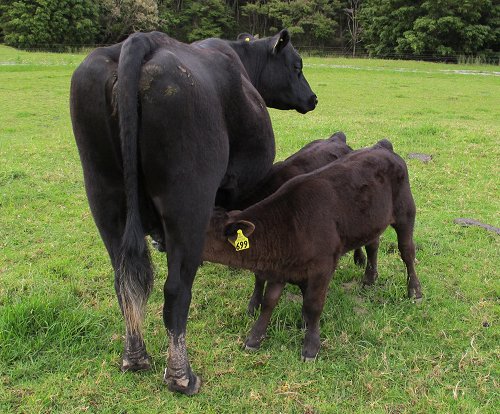 There's really not enough grass.  We've had hardly any rain this month and the grass is not growing!  Most of the cows are still looking surprisingly good, but the lack of feed is making cows like 545, mother of the twins, work pretty hard.

The Competition closed, somebody guessed date and time brilliantly and even though there were very few entries, I sent the clever winner a prize!