The week beginning the 14th of September 2013.
Saturday the 14th

After some heavy rain overnight (washing the newly-shorn sheep to a bright white) the ground is horribly wet.

This evening we finished off the birthday dinner series with Jackie and Alan joining us for pedigree Angus eye fillet steak!  Stephan looked up a fabulous recipe in a book I'd acquired at an end-of-year meeting of our Women in Ag group several years ago, sponsored by a long-dead meat-processing company.  It's one of those really good books one sometimes finds, of excellent recipes which work.  We had coffee liqueur cheesecake for dessert.  Delicious. 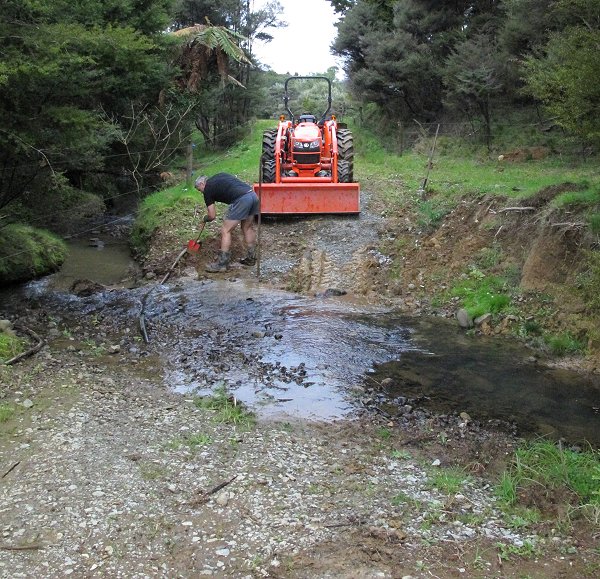 The work-in-progress crossing on the track out to the Back Barn Paddock.  Every time Stephan changes something here, the water flow changes something else.  The trick seems to be not to change anything too much, then wait for the next flood and see how the stream responds.

The water-pipe from the back of the farm has been exposed for ages; today Stephan buried it.  It didn't matter too much except that sometimes the joint there got trodden on by a cow, which did it no good and sometimes popped the pipe apart.  It's probably only above the ground because it needed fixing here at some stage and was never buried again, or it was uncovered by the stream's processes. 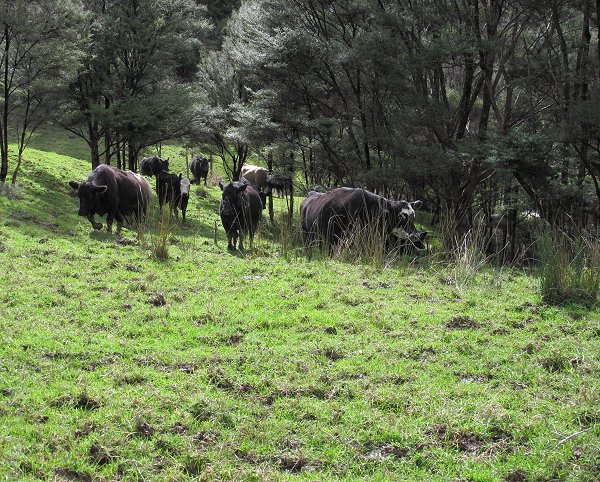 The cows took a little convincing to climb the hill to the gate I wanted to move them through - it didn't help that the nine heifers in the Back Barn had all gathered at the bottom gateway, having followed me as I walked through their area.

I walked back and forth behind the cows, gradually prompting them to move up the hill from the bottom and once they were moving, walked through and up ahead of them to call from the gateway.  They're usually pretty good. 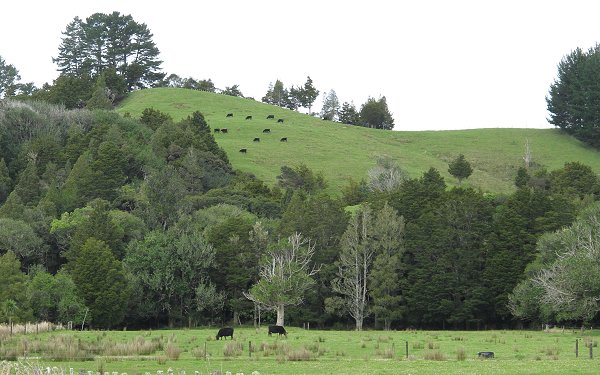 On my way back, I tried to count seventeen heifers on the hill over the road, but could only ever get to fifteen.  Having not checked them for three days, I thought I'd better go up there.  There's not a lot that can go wrong with them at this stage, so I don't always look at them every day.  They were all fine.

In the foreground are Athena and Imagen in Flat 2. 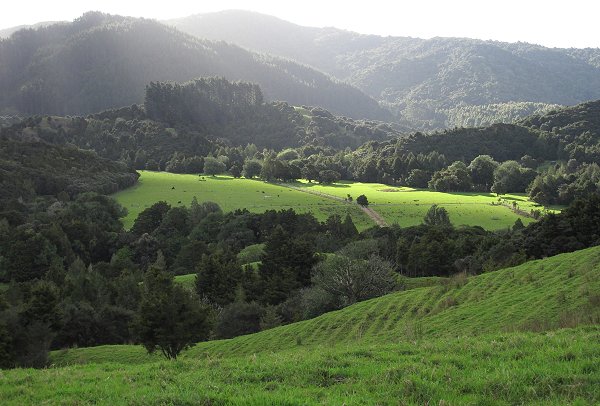 From the top of the hill the rest of the farm looked all lovely and green.

Some days I seem to do nothing but work!  How ridiculous to complain, that being what most people do, but without the glorious office-window views.  I worked on a column, a website and some exam organisation. Later on I moved and checked cows.

Stephan needed to go to town, so I rang to see if we could book Finan in for his annual check and vaccination.  He hates going in the cage, but when we get there he doesn't want to get out of it.  I suppose by then he's realised it's the only familiar thing.  He's not happy about strange places and people. 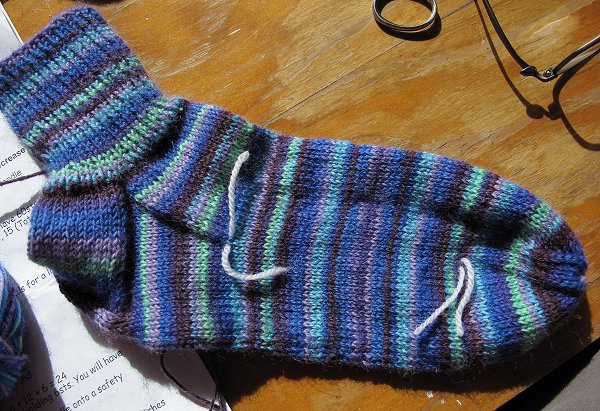 Stephan went to Auckland to do some small building jobs for Sarah and Karl and I wanted to send this sock with him, for Stella.  But because I haven't finished the other one, I needed to record how many rows long it was, hence the white wool markers.  This is the third attempt and I hope it will fit.

One of the ewes isn't very well.  I noticed yesterday that she seemed to be sitting around more than usual, with her ears a bit low.  Most of the young sheep have ears which naturally flop downwards, a trait inherited from their sire, but this one wasn't perking up even when something interesting happened.  This afternoon she was at the far end of the paddock on her own under a tree and I could get quite a lot closer to her than normal, before she got up to move away.  I can't see any particular reason for her illness, although she appears a bit lame in one front leg.  She's Yvette's daughter, with an ear-tag marked "Y" which I inserted to keep track of who she is, meaning to retain her as a breeding ewe.  She's pretty fat, having matured without having had the opportunity to produce a lamb. 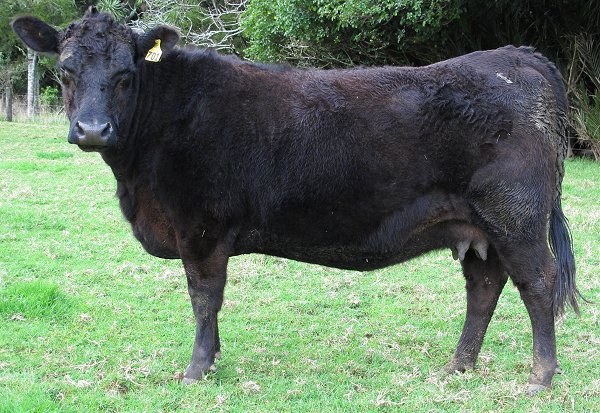 701, with her expanding rear end, as the ligaments soften and her body prepares for calving.  The tail-head in a pregnant animal gets higher and higher in late pregnancy.  She doesn't yet have the tell-tale dips on either side of the tail though.  I calculated she might calve on the 23rd but I don't think she's that close. 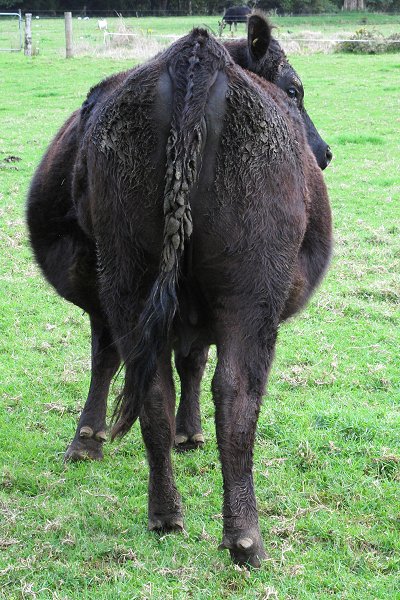 A rear view.  She's not quite as alarmingly round as I thought she was three months ago.  The bulge on the left is usually caused by the fullness of the rumen, the "first stomach" and at this stage of pregnancy the bulge on the right is caused by the calf.  Sometimes definite shapes can be seen there as some calf-part slides across inside the mother's body.

I'm really looking forward to seeing how this heifer gets on throughout her life.

Have you entered the first of our two Calving Date Competitions?