The week beginning the 1st of September 2018.
Saturday the 1st 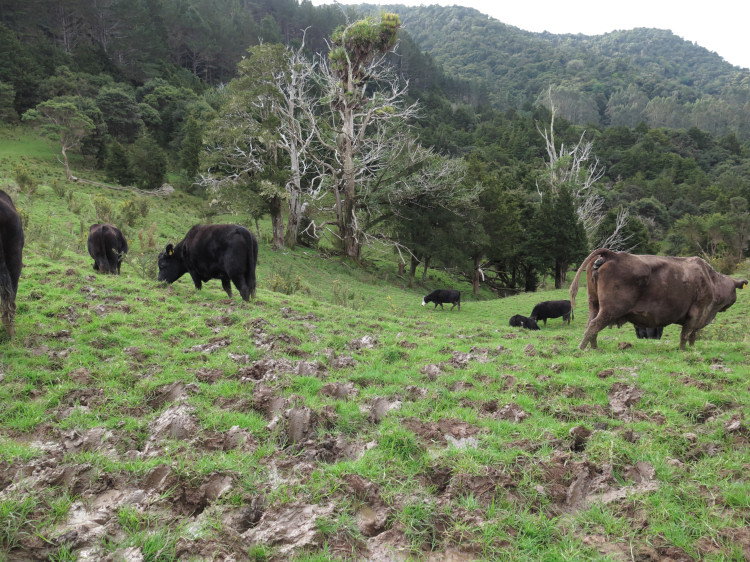 Wet.  Yick.  Need to teach my cows to levitate so they don't sink into the ground. 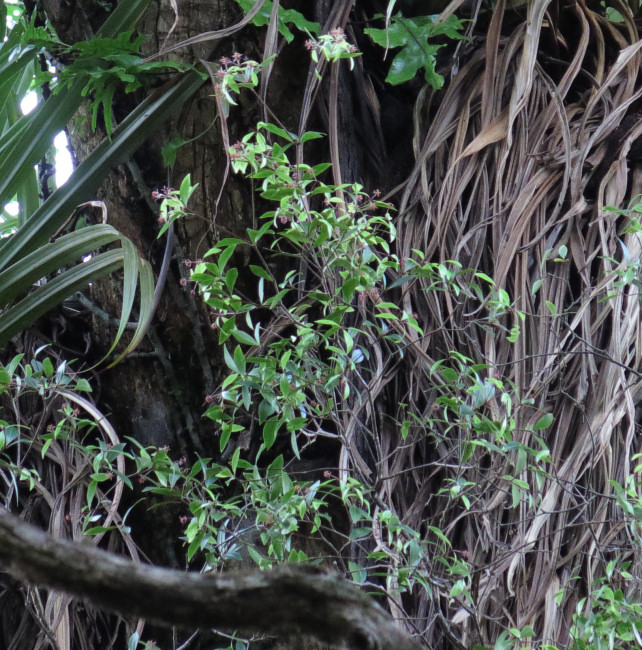 While I called the cows up to the Middle Back from the Big Back, Stephan went in to the PW reserve to check and reset traps and cut down some weed trees and paint their stumps.  I had found a big-leafed Privet in there and as they're not widespread around this immediate area, we cut them out wherever we find them.

The Pittosporum cornifolium in the reserve is still in flower, three weeks after I first noted it.

I could smell stoat under the tree where I suspect the Kukupa nest.  I hope they soon investigate Stephan's traps! 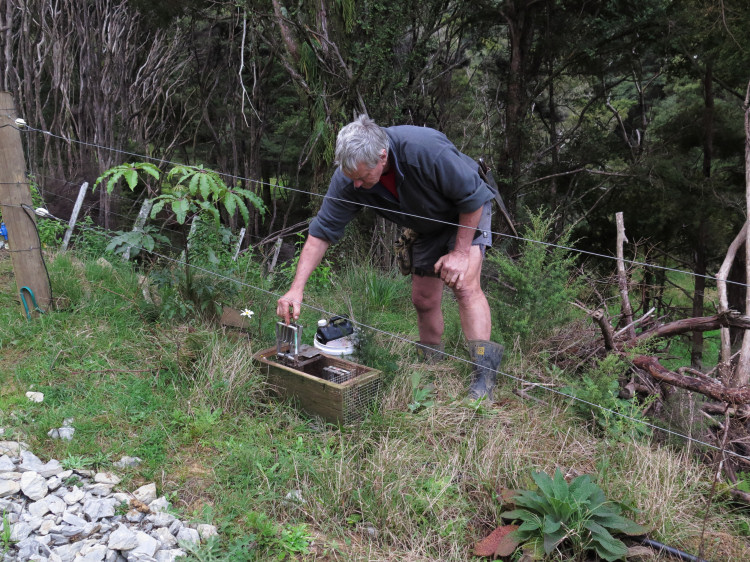 Down the hill to the gateway out of the Middle Back and Stephan serviced the two DOC 200 traps in the box there.  Mostly this trap catches hedgehogs. 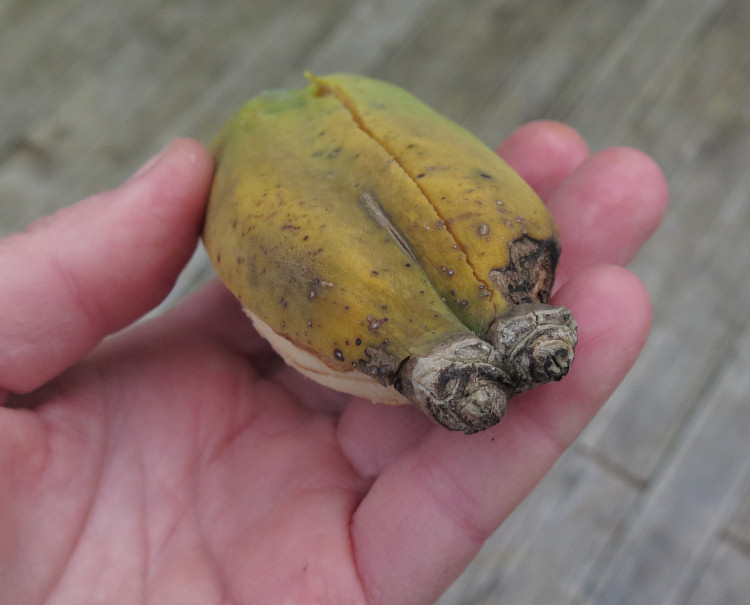 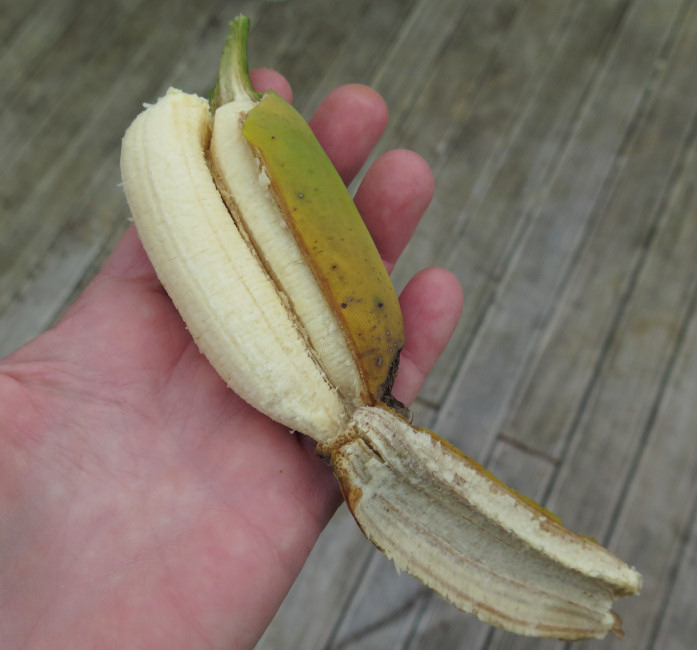 They were not identical twins, tasting slightly different from each other. 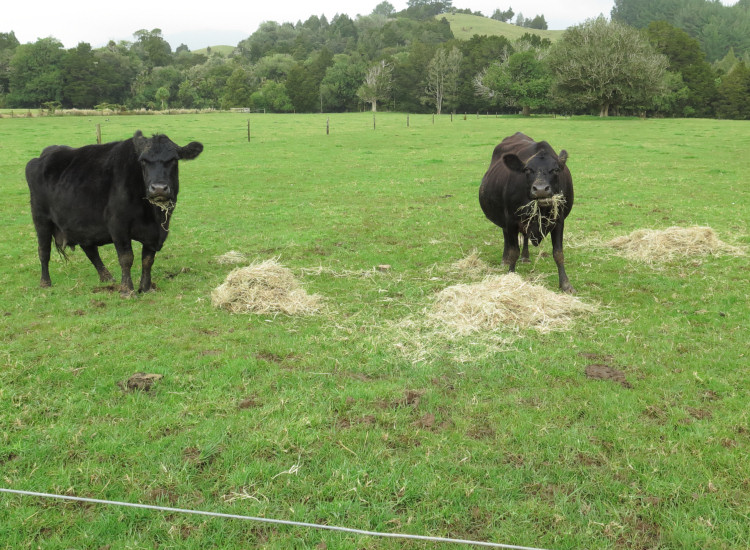 Demelza is looking increasingly old but had come running up the paddock when she and Zella saw us with hay.

I stroked them both for a while, feeling Zella's calf moving around quite actively after being woken up by her run. 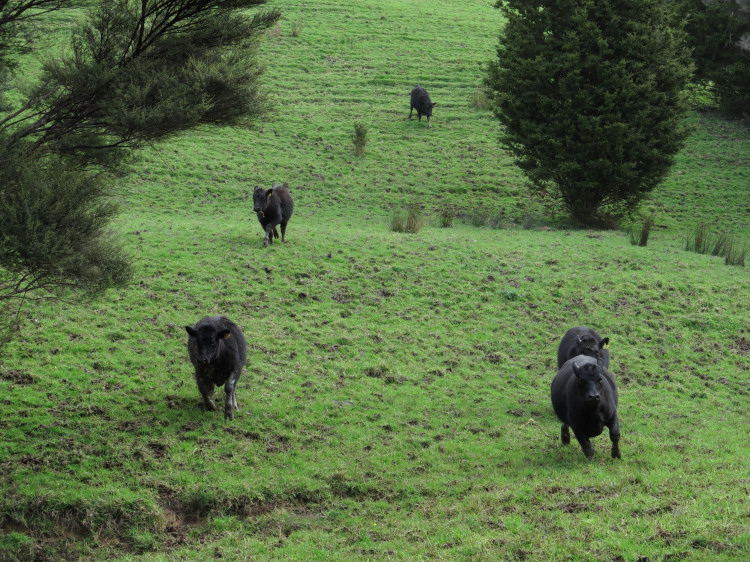 Out in the Spring paddock the young cattle came tearing down the hill for the hay we took them. 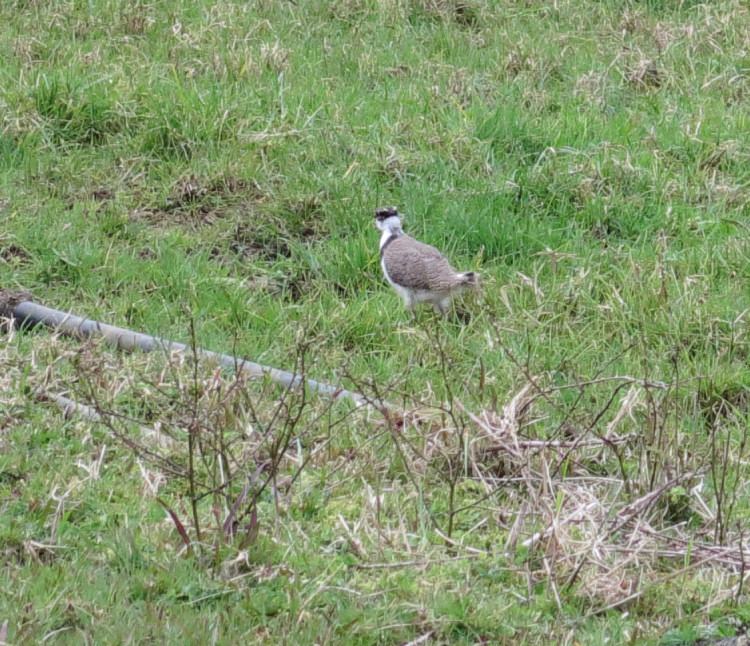 I've only seen two Plover chicks recently and this one today had a limp.

Because it wasn't running very fast, I caught it to see what was wrong with its leg but could see and feel no obvious injury, so let it go again. 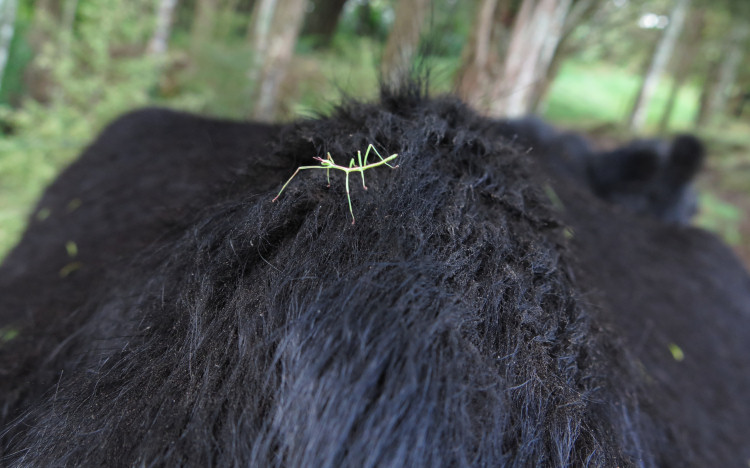 Eva had a little stick insect friend this afternoon.

I went off on the plane to Auckland early this morning.  Jude, Stella (truant) and I went to visit Jill for a while, finding her holding a startled rabbit, as part of some sort of environmental enrichment for the bewildered elderly.  There was a Cockatiel present but Jill showed no sign of recognition: she has completely forgotten she ever had a Cockatiel friend.  Hardly surprising since she appears to have forgotten who we are as well.

Out to the airport again early this morning, for a flight to Wellington to the annual meeting of all those involved in the Vet Council's complaints processes.  It is always an interesting day, good to catch up with my current committee but also the lovely people with whom I formerly served on the Preliminary Assessment Committee and some new staff in the Registrar's office.

The meeting was held in the Golf Club adjacent to Wellington Airport, an excellent location for a group of people who are flying in from all points for a day's meeting.  I walked out of the airport, through the covered carpark area, across one lane of roadway and into the Club rooms.  At the end of the day there was no stress about how much traffic there might be on the way back to the airport, since it was a simple three minute walk up to the security-check area on the way to the plane.

Back at Jude's I spent my second evening helping Stella with a Year 12 Physics assignment.  Physics was not my strongest subject at school but as it is entirely logical, I don't know why I found it problematic.  I seem to recall a mid-year Form 7 exam result of something like 4%, which suggests a complete lack of interest; I managed to pull myself together sufficiently by the end of the year to squeak through the Bursary exam.

Whether or not Stella and I properly understood what was required in her assignment is something we'll discover in due course.  She is taking physics because it was the only science subject she could fit into her timetable this year and I suggested she keep at least one in there, to keep her later options open.  If you only do art and music, nobody will believe you have the aptitude for science or maths.  It was fun working together.

I flew back to Whangarei mid-morning, where Stephan and Floss met me at the airport.  I have been thinking for a while that we should take Floss to a bird vet, just to make sure we're doing everything right for her long-term health.

The vet was absolutely lovely, checked her over, gave me some pointers on how to better trim her wings and discussed a better diet than she currently has and took a poo sample to check for worms.  I expected she'd be full of intestinal parasites but apparently not.

Then we went and had a cuppa with Sheila before heading home. 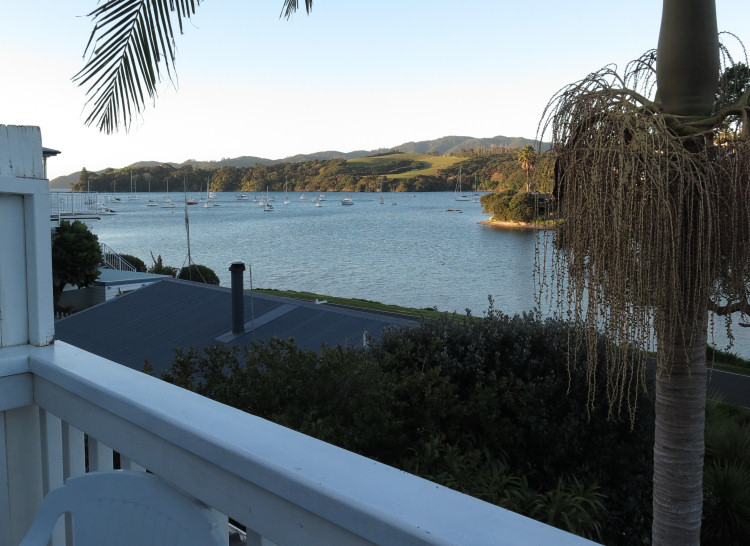 A little holiday.
I had an appointment in Mangonui late this afternoon so we booked a night at a motel in Mill Bay.  I'd have preferred the next unit along to our right, which would have had a less-obscured view: damned Bangalow Palm!

I've never slept ashore in Mill Bay but many times on the water.  My family's twin-keeled yacht, Antiope, used to be moored just out from the sunlit point on the right, closer to the shore than any other vessel, since it only drew three feet.  We used to sleep there before an early start some mornings and for a period when our family was between houses and we lived on the boat for several months.

On the slopes of the highest hills in the distance are Kauri trees.  I had no idea until recent years that any such forest was there.  Stephan used to walk some of that area when he was trapping for Whakaangi Landcare.  As a child and teen sailing around the coasts, it was always the beaches and tiny coves that captured my imagination, rather than the dark forests behind them.

Around the point to the right is Mangonui, out to the left is Doubtless Bay and up to the left, Rangikapiti Pā.

Stephan had cooked lasagne for dinner and for dessert we had been shopping at Coopers Beach for icecream.  That was an extraordinary experience, since the supermarket is built on the site of Motel Pamir, where our house and the Restaurant once stood.  My childhood bedroom was somewhere near the milk section.