Today is the 78th anniversary of the birth of my father, Brian Francis Martyn Renner.

I found this bird across the flats. It looked a bit cold, so I pinched it from its irate parents, who've now probably gone off to lay some more eggs.  It's a Spur-winged Plover. 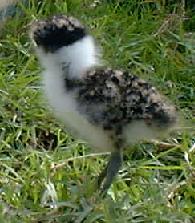 This rather sad sight greeted me, on checking the pukeko nest I've been watching ... 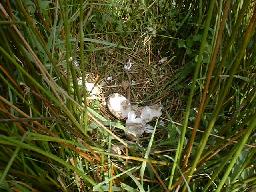 ...obviously some other creature has also discovered it, probably a hawk.

The Paradise Ducklings continue to expand at an alarming rate, now sprouting feathers on their shoulders... 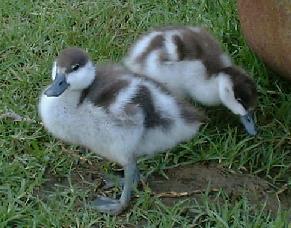 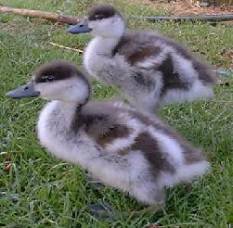 People talk about sheep blindly following each other around... what about this lot?