Despite having a really horrible cold, which has made me feel quite dreadful since last Tuesday, I decided to go for a slow walk this morning, to look at the pregnant heifers.  While I was doing that, Stephan went out to check on and move the other cattle.

Here they are, all the R3 - rising three year old - heifers.  (If you hover your mouse pointer over each animal, you can see who she is, and a bit of extra information about her.)

They're a bit of a mixed bag of shapes and sizes.  Most of Bertrand's daughters are great boney beasts who look skinny until you get up close and see how much meat and muscle is really there.  348 is the heifer who helped feed Ivy's twins last year and 349 has also already had one calf.

These twelve and the three R2 heifers will bring the breeding herd this year, up to forty.  We're aiming for 50 breeding cows, which we think is a number we'll carry quite comfortably on the farm in its present state of fertility and fencing.  This winter we're still carrying too many steers, who are eating grass which could more usefully be eaten by breeding cows.  Those steers will go next spring/summer, to the works as prime beef (except for one, which will go in our freezer).

Stephan found this piece of wasps' nest, fallen from the base of one of the epiphytes in a huge Puriri tree... 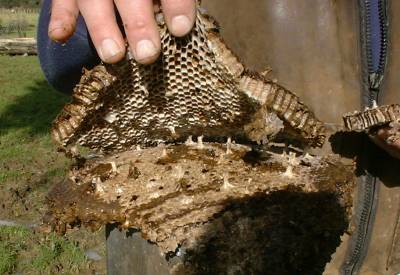 The layers are held together by small columns of the papery material.  There's a dead bee between two of the layers, but I presume it's there by accident, perhaps it was dragged in by a wasp, as a meal.

Here's Abigail, pregnant and naughtily having jumped or pushed her way to the wrong side of the electric tape. 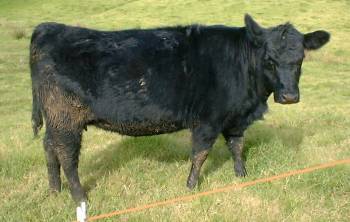 She and the other two R2 pregnant heifers and Ivy, are all in our house paddock, which has been badly affected by the two frosts we've had on the last two Monday mornings.  The Kikuyu grass is all bleached and dead on top after being the longest and lushest on the farm before then.  Abigail has no doubt pushed her way under or through the electric tape in search of some longer grass, since at present she's almost as toothless as Ivy.  Approaching her second birthday, her first pair of adult teeth have begun to erupt, pushing out her "baby" teeth.  At the moment she has an inconvenient gap, making eating short grass quite difficult.  That's not such a good thing when she is pregnant and still growing, herself.

We had a phone call to let us know that the rest of our lambs were booked to go to the meat-works on Tuesday, so we had to go and get them in this afternoon.  We were managing very nicely, taking it quite quietly, since I can't move very fast at the moment, until the lambs met a patch of very wet mud and decided that escape under the fence was a much better option, than going where we wanted them to!

Stephan went to the top of the paddock to bring them all back again.  The lambs, unlike the ewes, are not trained to come to a bucket of maize.  That's partly because there was such a big mob of lambs this year and because only one of them was bottle-raised, so they just haven't had the same training as the ewes, who include so many tame ones.  We eventually had to involve a few of the maize-mad ewes from a nearby paddock, to lead the lambs into the lane where we wanted them.

Eventually they were all in the yards, ready to be sorted out - checked to make sure we didn't send any skinny ones, and that they still all had only their lamb-teeth (by which the works grades them as lamb, rather than mutton). 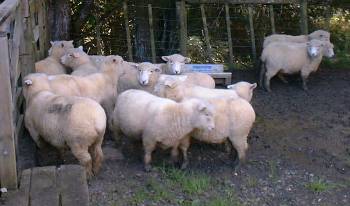 Stephan and I are really missing our lovely duck.  Stephan says he has particularly felt it when he's been out moving the cattle on his own.  Ms Duck would have been with him, all the time following along, flying around, sitting on a fencepost next to him.  The place seems very very empty, everything seems less bright.

This is a truck full of lambs...

The Moerewa works site apparently processes bobby calves (unwanted male dairy calves) on some days and on the days they don't do that, they do lambs, which is where these are all going.  There are three layers in the truck - ours went to the top at the front, apparently.

It's one of those infrequent, but very welcome, clear blue days.  The air is pretty cold, but at least there is sunshine, rather than the continuous rain we get so used to - and sick of - at this time of year. 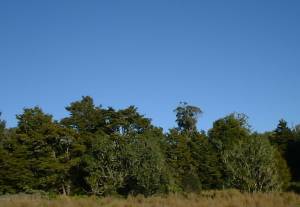 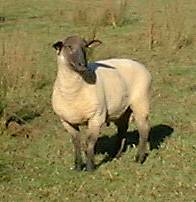 Here's the ram, after yesterday being removed from his flock of ewes.  We would have liked to take him away from them sooner, but didn't have anywhere particularly well-suited in which to keep him.  He's in this small paddock with Damian, far away from the ewes and the few lambs which didn't go on the truck this morning.

Another frost this morning ... 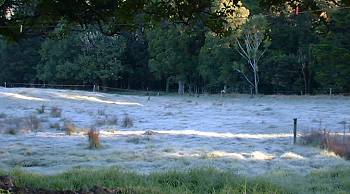 ... which will completely knock back any grass growth for a while.  Climate forecasters predicted a warmer-than-usual winter this year, but so far, that's not the reality for us.  We don't very often have so many frosts in our winters, it's usually just dreadfully wet and miserable, which also means little growth, but at least doesn't destroy what grass we've previously grown.