This is a note from me, Ruth, from where I often sit, at my computer, putting together the contents of this site.  It's something I do for the mere pleasure of it - nobody pays me and nobody funds its presence on the net.

The counter on the site tells me that an average of 14 visitors go to the site each day, and between them look at an average of 60 pages and come mostly from Aotearoa, with visitors from 33 other countries as well, but I have no idea who most of them actually are.

Because I do this just for your entertainment, I'd really appreciate it if you felt inclined to communicate with me.  How did you find the site and what do you like about it, or is there something you'd like to ask?  I will write back to you if you want me to or if you'd like to suggest something new or different for the site, I'll see what I can do.

You can email me, or you can send a message via the form below.  You don't have to tell me who you are or where you're from, but it'd be nice if you did.

I thank you, in anticipation!

There are still lots of falling-down fences around the farm and Stephan has decided to go to work on one of them.  It's out between two of the back paddocks, so we went on out to have a look at the area and how we might improve it.

On the way out we disturbed a great flock of paradise ducks...

... they're all those white dots, forty-two ducks in all!

Stephan worked very hard for most of the day on Sunday, getting the fenceline cleared and removing what was left of the old fence.  We'd decided where to build a gateway, but needed to make a crossing across a swampy area, through which runs a trickle of water from the hills behind the farm.  His day's work came to a sudden and sticky end. 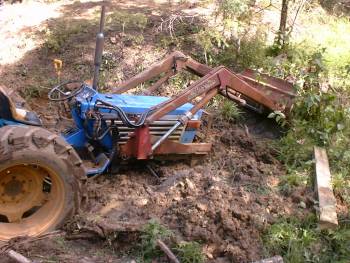 Today's first job was to get unstuck again.  He'd tried all the usual tricks with wire-strainers and blocks of wood and shovels etc. when it first hapenned, to no avail.  Fortunately Stephan's friend Kees is very experienced at getting his tractor out of holes and gave Stephan some excellent pointers on a new 'trick' to try, which was very quickly successful.

By the time I wandered out to have a look at what he was up to, he'd already done most of the work on the culvert to take the water under the new crossing.  Someone had suggesed the use of old car tyres, wired together as a cheap way of constructing a low-weight-bearing culvert.  (We first checked with the Regional Council to make sure that there weren't any environmental implications of such recycling.) 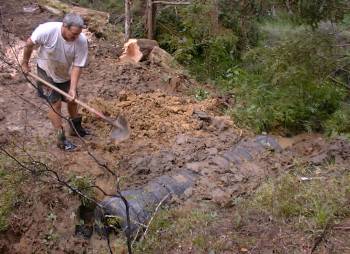 The new gateway will be between these two Totara trees (below), neither of which we wish to cut down. 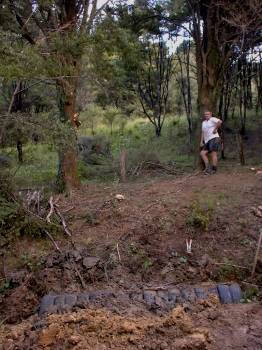 Next year's fire-wood is accumulating fast.  This is all Manuka, a very common native shrub/tree which spreads everywhere as the start of bush regeneration, but which we don't really want where we're trying to grow grass!  This pile is the result of Stephan's clearing of the fenceline.  It's a very good, hot-burning wood. 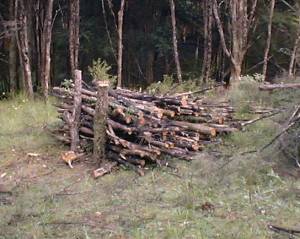 Near the fenceline is one of the many dead 'possums around the farm, gently rotting into the soil and feeding vast numbers of greebly things, including these extraodinary orange-eyed insects.  They were pretty shy and I didn't manage to get any really clear pictures of them, but you can see a bit of them here... 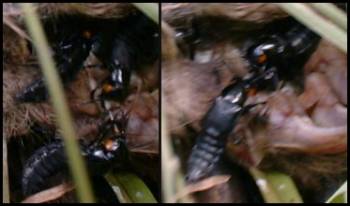 They are about 10mm long and their eyes are really very striking.  Their heads looked a bit cockroach-like.  If you know what they might be, let me know.

And on the tree above, lots of cicada cases - at this time of the year, one can find hundreds of these attached to trees, while their previous owners are singing away in the bush all around. 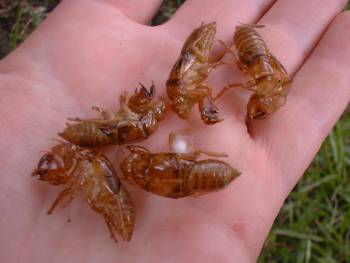 One of our big steers was booked to go on a truck this morning, so I had to get the cows in as soon as it was light.

The sky in the west was a lovely subtle pinky-grey. 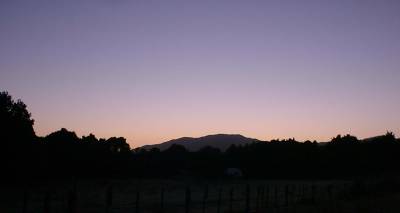 I spent the rest of the morning injecting most of the animals with a copper supplement.  When Stephan came home, I got him to put the tags in the ears of the weaner steers, who will go to the sale-yards next week.  Tagging is something I used to do myself, but sometimes I let Stephan join in.  These steers have had their 'primary' numbered tags in for most of their lives, but now have to have the 'secondary' tags to move off the property to another farm. 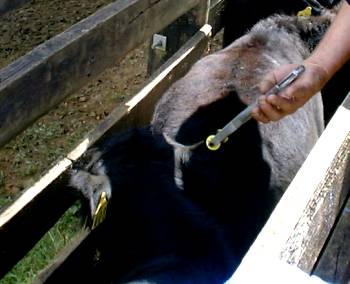 Here are the lovely boys with their nice meaty bottoms! 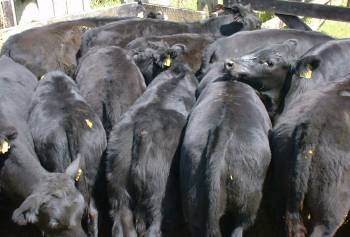 The oldest have just reached six months and the youngest is almost five months old (which is quite young for weaning, but just old enough).  We hope that as we improve the farm's fencing and pastures, we'll be able to bring the calving date for the herd back to earlier in the spring, so that when the weaner fair prompts us to sell the calves, they'll be a bit older and bigger.

Stephan was back out on the fence-line again, where he finished off the culvert and then continued clearing away the old fence and making the ground ready for the new fence posts to go in. 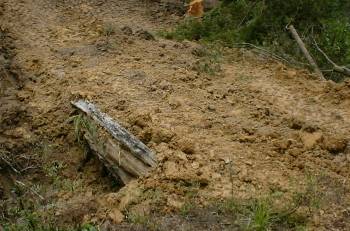 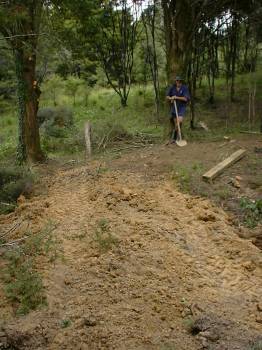 Here especially for Carolynn, are the Muscovy ducklings... 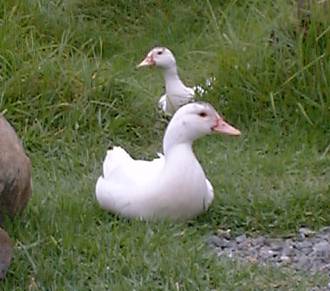 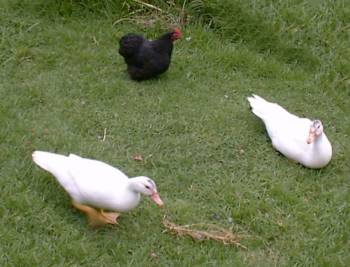 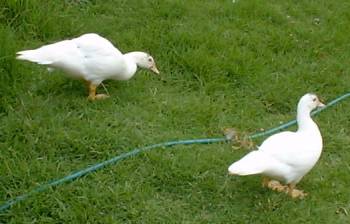 For later reference, here is a picture of the Pig Paddock with all its rushes. 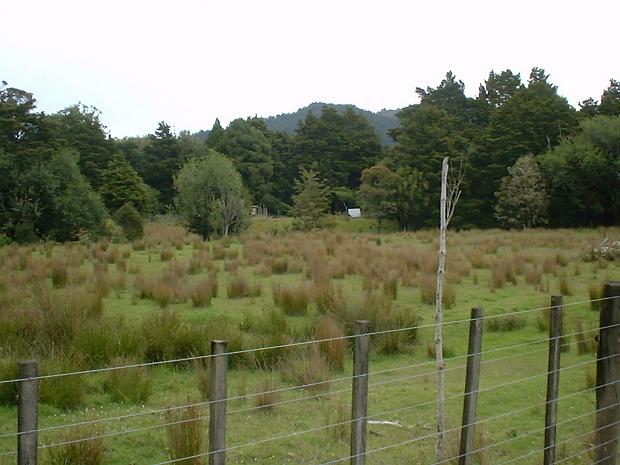