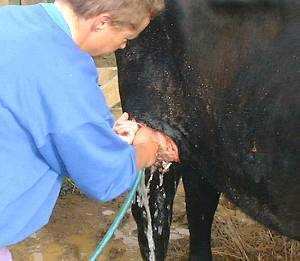 This job has become less smelly over the last few days - or I have become much more used to it, to the extent that it is not now making me feel ill every time I have to do it.  Here I'm holding the steer's skin out a little with one finger to allow the spray of clean water up into the wound to wash out any loose dead tissue.  There is still no infection in the wound, just a lot of muck from the breakdown of the dead material.  #356 finds the process irritating, but doesn't appear to be suffering any pain, although I can't imagine that it would be at all comfortable for him, either from me poking around in there, or from the blast of cold water I apply.

Last week in the local paper, was a small insert advertising that Billy Connolly (the famous Scottish comedian) was booked to appear in the Kaitaia Community Centre tonight, and that tickets would be available on Monday morning last.  I immediately planned how I would get to town and sit outside the shop from early in the morning after dropping Stephan at work, then realised I'd not even be here because of my trip to Auckland!  So one way and another we missed out on getting tickets, about which we felt terribly disappointed, since such shows don't happen here usually.  But since there wasn't anything we could do about it, we resigned ourselves to our disappointment, quietly consoling one another.

Early this morning I was awoken by a phone call with an offer of two tickets, which I very happily accepted!  Thank you Greg and Helen! 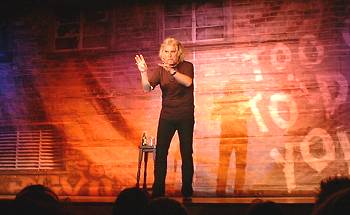 We made sure we arrived at the Community Centre early, and joined a queue of around 30 people, so enjoyed the show from the fourth row back in an audience of 600.  Great fun! 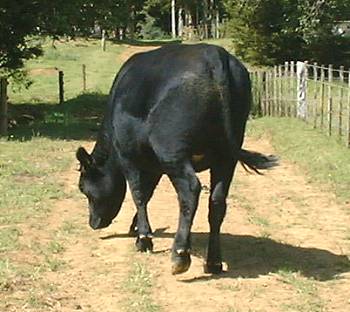 Erika, Graham and some of the children suddenly appeared this morning, having brought their cattle up the road, to return the borrowed bull to us, in disgrace!  He had started jumping over fences into other people's mobs of cattle, particularly young female ones.  I am very surprised at his bad behaviour, but I guess he'd got bored with his companions and so off he went.
I left him in the yards next to #356 and Ivy and went to get the steer which will accompany him on his truck-ride to the works.
Here's #358, rounded and healthy after his difficult time last year, walking alone down the lane in a well-behaved fashion.

I rang the local agent for one of the two meat companies I can use, and he said the two of them could go to Dargaville by Thursday, which will be a great relief! 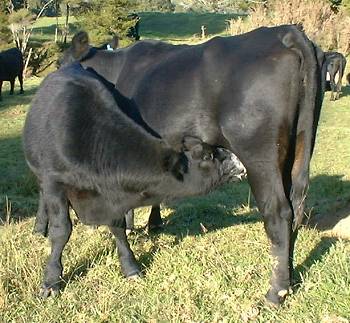 Where has the time gone?  How did the calves get so big without me noticing?  I must have been busy looking the other way for a long time, or something.

Many of them will be leaving the farm and their mothers soon, to travel to Kaikohe for a supplementary weaner fair.  I decided not to send them to Peria this year, since the market was so poor there last year and my stock agent told me of the second opportunity in Kaikohe, a month after the bigger sale.  The extra month will be good for my calves, meaning I can wean them at at least six months of age, rather than much earlier as we did last year. 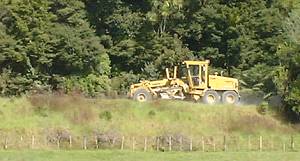 Now, there's an unusual sight!  Diggers Valley Road is covered in what we call metal - the English would call it gravel - or crushed rock.  The council, in its suspect wisdom, contracts a roading company to look after the road, which means that when enough people complain about the dreadful state of the road surface, a truck comes and spreads new gravel and if we're really lucky, that'll be followed up by some attention from a grader, which will evenly distribute the new material across the road.  This might work very well, if the underlying surface wasn't full of holes and ridges, which are soon uncovered again as vehicles use the road.  The road is particularly bad after rain, as the underlying surface softens and in some places one drives over a clay surface or through soft mud!  In dry weather dust clouds rise from the surface as vehicles pass, creating a dreadful environment for people who live right next to the road.  I watched this afternoon as a cloud of dust appeared across the flats through the trees, as it had been stirred up by some vehicle out on the road.

Yesterday afternoon I went to check the sheep, which I hadn't seen for several days, Stephan having checked on them in the mean time.  One of the lambs was in a poor state, obviously suffering from a heavy worm burden.  We gathered together all the remaining worm drench from the bottom of our container and administered it to the lamb after catching her in a corner of the paddock.  She was very anaemic looking - hardly any colour in her gums or eyelids and the tell-tale swelling under the jaw.  She had also been colonised by maggots, around her dirty rear end (sticky and dirty because of the worm load) but we hadn't brought the powder for that, so planned to bring the whole mob in this afternoon. 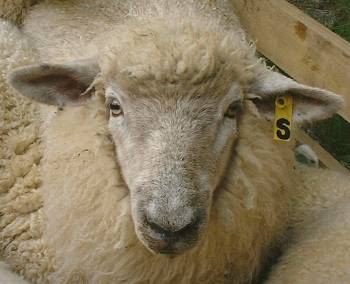 There are still some lambs unshorn, since we didn't do them for the Women in Agribusiness day, nor at the cancelled A&P show, so Stephan set to it, with the help of Muriel, his mother.  I spotted this lamb and thought she looked delightful.

After shearing the few that needed it, we weighed a couple of the largest ones to find out how much drench we'd need to administer to them all.  Once all the work was finished, the lambs were taken out to one paddock and the ewes to another, with a good fence between them.  Most of the lambs have pretty much finished feeding from their mothers and we need to separate them before we put the ram with the ewes at the beginning of next month.

Wandering around this afternoon, I went to visit Isla, Isis and Quean in the paddock with the three stud bull calves.

Even Flower's orphan is starting to look better, after going through a very lean phase when he obviously wasn't getting his needs met by Isis's milk supply. 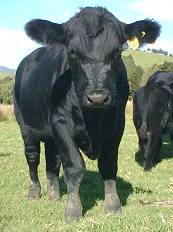 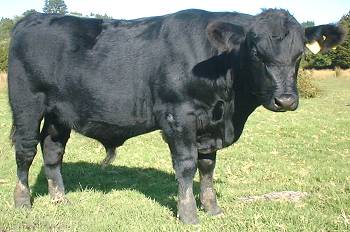 I had a look at the New Zealand Angus Association site to see if they had any figures available for this animal yet and, whilst the accuracy is very low with only his birthweight recorded so far, his EBVs (Estimated Breeding Values) look rather good.  If you're interested, you may follow this link to have a look at them.

Stephan, meanwhile, was responding to the requests we've started to receive for this year's firewood ... 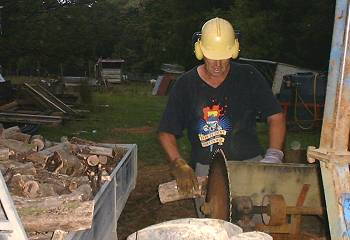 Ronnie and I got together for lunch, going first for a walk to the back of the farm and for a look around the cattle.  Ronnie had brought the makings of a bacon and egg pie, without the eggs, since I'd politely refused to enjoy it unless it was made with free-range eggs.  I then, politely again, sat and waited while Ronnie stood in our kitchen and made lunch! 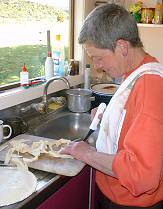 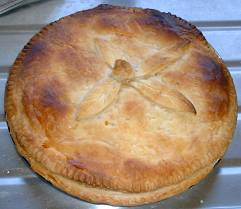 I did, however, pour her a glass of wine to help her in her work.  By the time the pie was ready, we'd both had a couple of glasses while sitting out in the sunshine.  Stephan arrived home just as we were thinking we ought to eat, so we all had lunch together.

Of the surviving five Muscovy ducklings, two turned out to be drakes and one has been destined to go and live with Ronnie's lone Muscovy duck.  We watched while Stephan caught one of them and put him in a cage and he left for his new home. 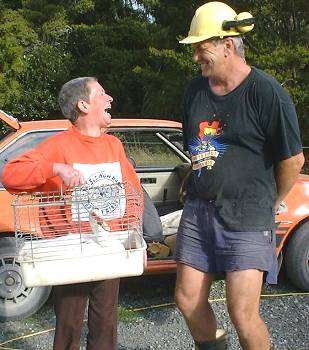 I have no recollection of the joke, but it may have been something about the relative stature of these two, by the look of Stephan's posture.

This lot thought they were going somewhere!  But, sadly for them, I was just there to check they were all ok. 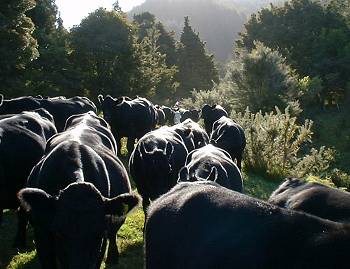