Up and away to the yards first thing this morning, to feed the orphan boy.  We used the same method as last night, with the cow up the race and him getting in behind.  We'll probably do that for the next couple of feeds and then give them a go together in the race pen.  Hopefully by then the cow might have become used to a new feeder and used to the fact that she no longer has a six-month-old heifer by her side, so more prepared to let the small calf feed.  If not, then we go back to the other plan and select one of the autumn cows, and #34 will go off on a truck.  This way she buys herself another six months of life. 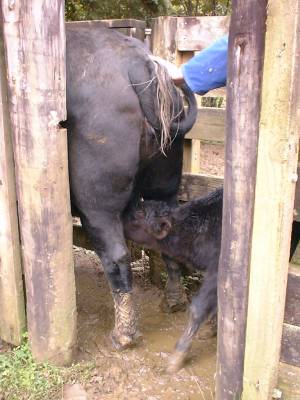 Here is the feeding in progress on Sunday afternoon.  The cow (#34) is becoming less obviously stressed by the process, and by Sunday evening was almost standing without restraint, to let the calf feed.  Here Stephan prevents her from stepping backwards over the calf.  It is fortunate for us that the calf is such an able and enthusiastic feeder!  Fortunate also that #34 seems to be a foot-stamper rather than a kicker.  Calves during this process can often be belted pretty hard as their adoptive mums lash out at them.  This cow has tried to push the calf around with her head, but we've intervened where possible and not put them in situations where the calf could be easily hurt.
I'm not sure how long it will take for the cow to accept the calf, if it works at all.  Usually one would only put a new calf onto a more recently calved cow, and I don't think this method would be tried too often with an angus cow!  "Nurse cows" are generally nice old, quiet, tamed dairy cows, with enormous quantities of milk, which accept new calves with hardly the blink of an eye.

Here's the wee boy after his feed. 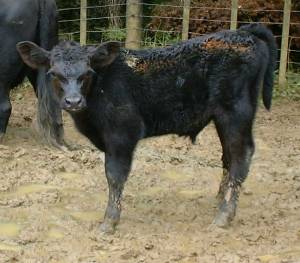 The orange stripe is some marker paint I sprayed on him the other day, before we sent him back out to the paddock with #32 and Onix, so that I could easily keep track of him when he was with the other calves.

I took these pictures during a walk today.... 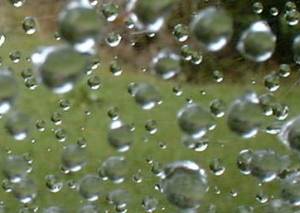 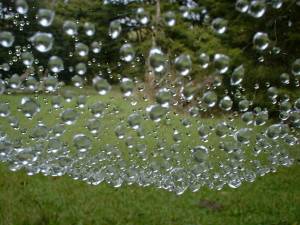 The air has been so full of moisture (and lightly falling rain) which had collected in droplets on a spider web, attached to a fence along my way.

Cow #34 has not taken to adoptive calf feeding.  Into her seventh month of milking, she doesn't have enough milk, nor is she willing to mother the new calf.  I decided against trying to get one of the other autumn-calved cows to take the orphan calf, since they have a hard few months ahead of them just feeding their own.  So I am now bottle feeding the calf and, having never done this before, I'll have to do a bit of research on how best to proceed.  There is much written on raising calves on milk powder, but generally by commercial bull-beef rearers, who need to be as economically efficient as they can, which means rearing the calves to independence as quickly as possible.  Those calves, though, are weaned at around 100kg at six weeks or so and their growth rates are quite different from those we get with our calves here.  I'd like to try and mimic, as closely as is practicable, the growth path this calf would have followed, had his mum raised him.  After a couple of weeks of feeding, I might change my mind again too.

We weighed the calf on Monday morning, before commencing bottle feeding, and he'd actually lost a little weight since last Thursday.  We will weigh him again in a few days to check if he's getting enough feed, and adjust as necessary.  After all, this boy is a stud bull, with the potential to be a great animal, so I'd like to give him the best possible start.

I took these photos on Monday night.... this is a weta.  I presume it's a cave weta, which doesn't particularly explain why it was on the wall in our house.  This one was actually quite small, its body less than a centimeter long. 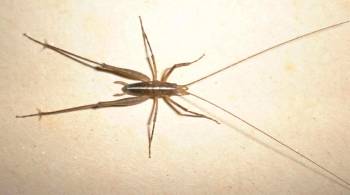 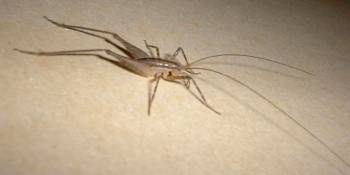 We find them in the house occasionally, usually in the bathroom, after they come in through the open window.  They are very interesting.

And now, to choose a name for the orphan child....
Thank you, I will display the results of the poll and the chosen name of the calf at a later date. 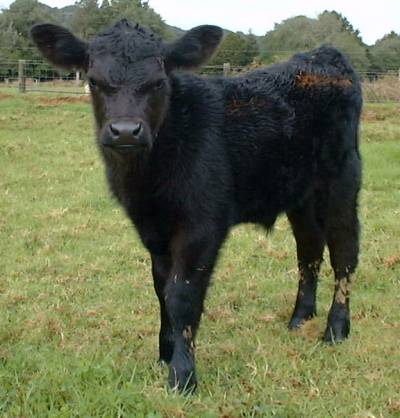