Saturday was Election day for Aotearoa-NZ!  We spent some of the day hunting for the lost ewe, made a quick trip to the nearest polling booth to exercise our democratic right and then spent a bit more time sheep-hunting.  In the evening Stephan went off to an Election Night Party with one of the local candidates and I stayed home quietly watching the vote counting progress on-line and listening to the endless commentary on whichever television channel wasn't doing something too tedious to watch.

The weather continued fine, apart from the occasional shower of rain.  We spent a lot of time outside enjoying the sun.

After all the days of fine weather, the sheep had dried out considerably, so we took the pregnant ewes back to the shed and shore the wool from their bellies and bottoms so that we can see what's going on prior to lambing (udder growth etc.) and so their lambs can get clear access in to the teats when they arrive.  Jane and Ms Duck assisted... 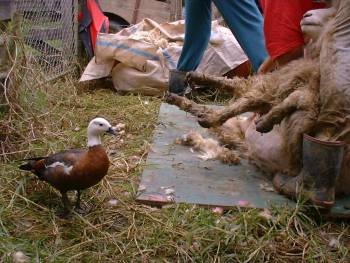 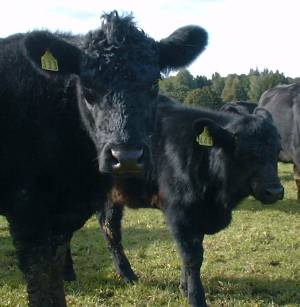 There have been a couple of deaths during the week, one a bit sad and slightly surprising, in that for obvious reasons it wasn't noticed for a couple of days... 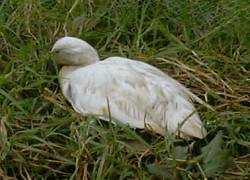 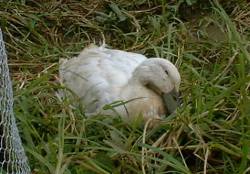 ... I saw her a couple of times from the house and just thought she was having a sit-down, or sleeping.  I was a bit puzzled that she'd not gone into the pen with the other ducks, so on Friday morning I went to check on her.  I quietly approached her from behind so as not to cause her to run away, only to discover that she'd not been running anywhere for a while and wouldn't be again.

Then there was this: 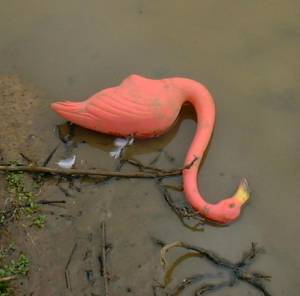 and partner, now in mourning: 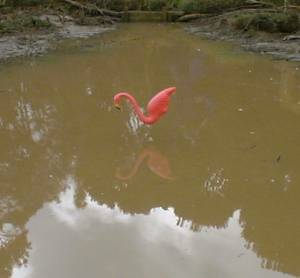 One of these dead creatures I can resurrect, with only a couple of bits of No.8 wire.  I just need to find a new pair of boots, since one of mine currently has a hole in it, and I'm not stepping in the duck pond with a holey boot!