After all that rain and the flooding of the rivers, our water supply system gave out.  Because we have access to a very clean river, with no people in residence upstream, we continue to draw our domestic water from that source.  There is as yet no giardia and the small amounts of wild animal excreta we consume appears to do us no harm - perhaps it even helps to keep our immune systems in prime condition. 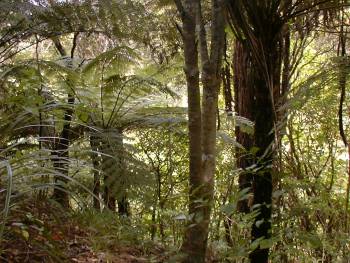 Water supply failures used to be a regular thing.  Whenever there was a lot of rain, the river would wash the filter out of its place or break the hose-pipe apart, or stones would get into the pipe and block it up - all manner of problems would occur.  We upgraded the system at about this time last year, which has meant much less frequent visits into that part of the bush.

Last time we did a bit of filter maintenance, we noticed that the pipeline had kinked and split where it was hanging over a tree branch which had grown up underneath it. The split wasn't leaking much at the time and we weren't carrying the necessary materials to fix it, so left it for another day.  It was that kink which was now causing a blockage, with all the extra bush litter coming down the pipeline.  Stephan pulled the pipe down out of the trees and cut out the faulty piece, replacing it with a new connection and together we tied the pipe and hauled it back up into the trees, over the wire which is strung across the gully. 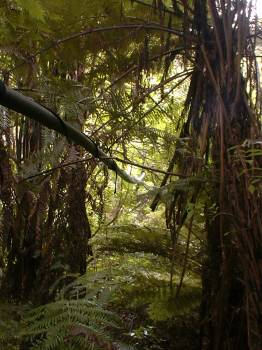 In the middle of the picture above, the pipe is about twenty feet (6m or so) above the bottom of the gully.  Over most of its length, the pipe runs along or under the ground, but where it crosses this sudden dip, a wire holds it suspended in the trees.

With the water system fixed and running again, it was back to our usual world.  Onix hasn't appeared for a while, but here she was, waiting by the fence, to see what we were up to. 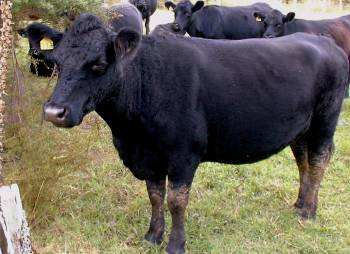 The cattle continue in one large mob, in a sort of 'holding pattern' until we next get the vet in to give them their annual Leptospirosis vaccine and at the same time pregnancy test the cows and heifers which we mated during the summer.  We're waiting because the calves have to be at least six months old for the vaccine to be effective and the last wasn't born until November.  In the mean time, we have to give them the drench for Liver Fluke, another big job for which it's helpful to have them all together as a mob.  The bulls are separate, of course, and Ivy, 348 and their calves are still in their own paddock.

Since the First of April is our target date for getting the ram out with the ewes, we brought them in and did the job while we had the opportunity this morning.

Ram's happy, 22 ewes are happy and there are a whole lot of lambs who are finally weaned from their mothers.  As soon as we brought them in, though, we noticed that there were an awful lot of flies hanging about and some funny smelling sheep!  The mornings for the last few days, since the big rain, have been extremely hot and with the wetness of the wool on the sheep, the conditions have been perfect for the flies to get in and breed.  We're going to have to do some preventative shearing.  The lambs' wool isn't long enough, but if we don't shear now, we may start losing sheep.  We just need a dry day.

Tuesday the 1st of April

One of the problems with living in a far-flung place is that whilst we have a fantastic hospital service in Kaitaia, the health department (Government) has gradually downgraded its services and "centralised" everything.  That's all very well if you live in the "centre", but we plainly don't.
Today, for the second Tuesday in a row, I had to go to Whangarei, which normally takes just over two hours, for a ten minute appointment to fit some interesting devices to help fix my sore feet.
And then we drove home again.

As soon as we'd had a bit of lunch and a sit down, we went out to get the sheep back in, now that we figured they'd have dried out enough after the last rain (last night).  Then began what would have done well on any silly rural comedy show!

Even these guys looked a bit miserable - or silly... 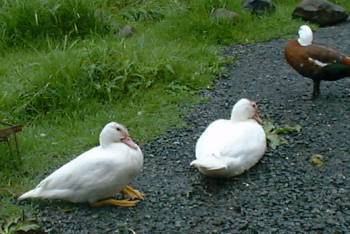 Hello Carolynn, the ducks have begun to fly now, but they go up and down so quickly that I've not been able to get pictures of them yet.  I'll just have to keep trying so you can see pictures of them!

What a beautiful day!  It was at last a bit cooler here last night (down to 10°C) and the sun shone all day, so the sheep had a bit of drying time.  Because a couple of the ewes were obviously badly fly-struck, we got them in first.  The ram has also become lame, which is a bit of a worry, bearing in mind how active he needs to be right now! 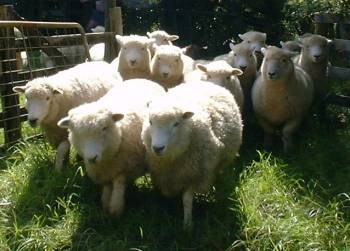 As usual I went ahead with the maize bucket and led the sheep into the shearing pen.  This time I shut the gate before going back around to help push the last ones in.

A couple of the ewes were carrying obvious passengers... 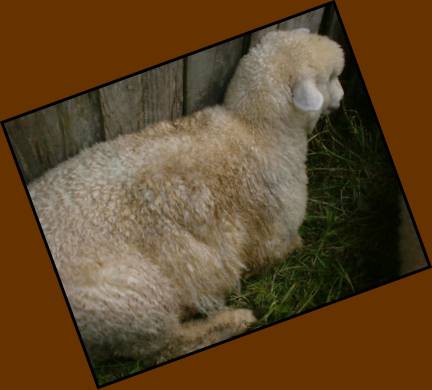 The dirty wet look of maggots underneath the wool. 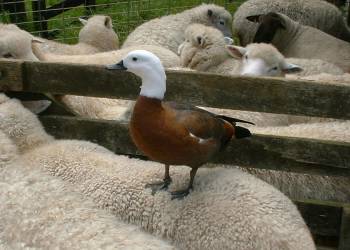 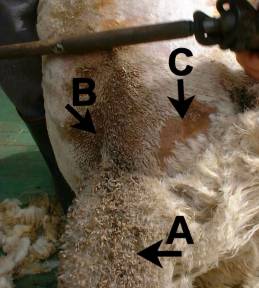 As the wool was cut off the fly-struck sheep (the one sitting down in the photo above), the live maggots fell away as well (A) but many still hung on (B).  The area of bare skin (C) has healed up after being attacked by maggots, probably in the last few days.  Sheep sometimes recover from flystrike on their own, but not usually in hot, wet conditions like we've been having lately.

We couldn't see much wrong with the ram's foot, except that he may have a little scald (a bit like athlete's foot) between his toes.  We gave that foot a bit of toe-nail trim and put iodine on it.

The lambs we will do tomorrow.

Stephan got on with the lambs when he came home from work (I probably did let him have lunch and a sit-down for just a few minutes in between) and while he was making the sheep white again...

... I got the bulls in, weighed them and gave them their copper shot. 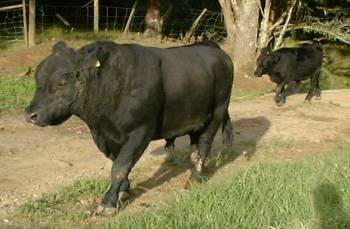 All the cattle have now had the copper, so in the next few days we'll get the rest weighed and then get them in for the Liver-Fluke drench.  And on it goes...