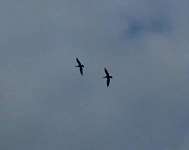 The Paradise Ducklings flew! No surprises there, really, they took a week or two longer than the rest of their family and they've been out with them once. They now come out and fly circles around me whenever I am out in the fields.

...sometimes they had extra help getting off the ground... 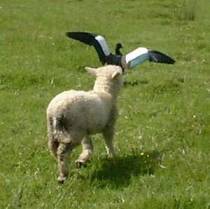 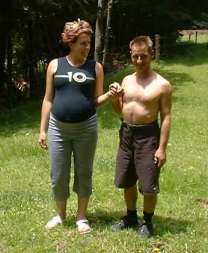 Jude and Roger came for a couple of days with Phoebe and nearly-child and then went off to other places for the rest of their holiday.

We let the lamb play with Phoebe under strict supervision, in case either one tried to bite the other.

After finally dispatching this vicious bird, we ate him with great relish, for Christmas Dinner at Kohukohu.  He proved to be the most delicious turkey any of us had ever eaten!  The relish was pretty good too.  The picture doesn't justly demonstrate his size... those are two ordinary sized placemats under the rather large platter in which he rests.  He fed eight for dinner and another eight over the next couple of days.
What a bird! 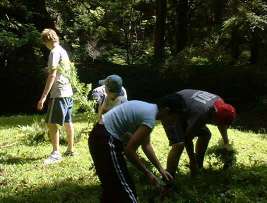 Between Christmas and New Year, we played "host" to the most wonderful sorts of visitors... a whole carload of young, fit relatives showed up to pull ragwort, which was about to get seriously out of control! 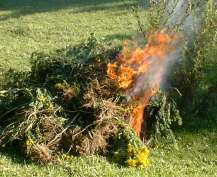 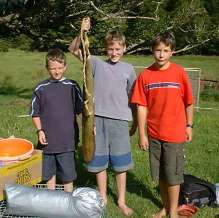 These three boys came for a night's camping and did a bit of eel fishing during the evening... this is a 1 metre long eel.  (With quite raspy large teeth, which are probably what got Karl's ankle last summer!)

Finally for the year, some of the stars of the show...
the ones who'll be doing the real work around here... 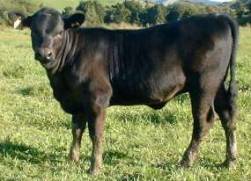 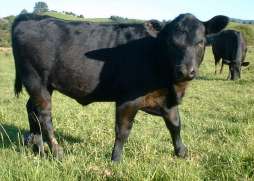