On Wednesday morning, 3 June, my mother Jill died in Auckland with my sisters Rachel and Jude and my lovely niece Stella at her side. I'll write more of that when I catch up with last week's page. 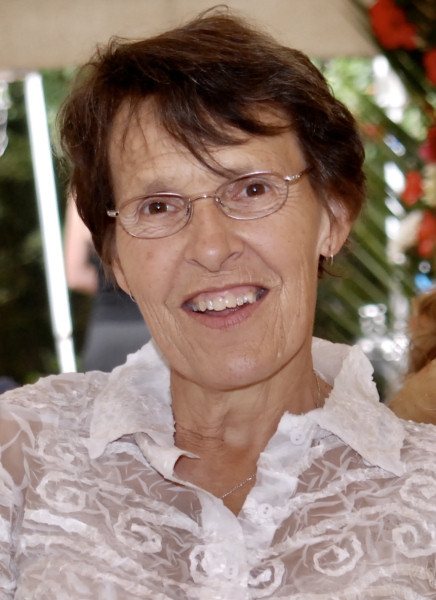 someone else, around year 2000
Saturday the 6th

Late this morning Deb the funeral director came to collect Jill from Jude's music room, where she'd lain for two days. Because none of us is keen on needless expense and waste, Jill's casket was one that someone else had borrowed before and would be used once or twice again in its useful life. It was woven from willow, made in a workshop in the South Island. Jill was lying on a base board in a shroud, and that was how she would be cremated later in the day.

I travelled in the hearse with Deb across the centre of Auckland to Parnell, to St Mary's-in-Holy Trinity, the original Auckland Anglican cathedral which now stands next to the larger, more modern building.

Christina drove Stephan down to Auckland after milking and they picked up Sheila from Whangarei on the way. I met them on the street when we arrived, coming back from buying themselves a bit of lunch.

Under Covid-19 Level 2 restrictions, we had to record the names of all who said they'd like to attend the funeral and only 100 people could be there. We ended up with about 80 people all together on our list and so there was room if anyone unexpected turned up.

The Bishop of Auckland had offered to take the funeral service but was not available today. (Bishop Ross Bay trained for ministry at the same time as Jill and knew her reasonably well.)

The funeral was presided over by Reverend Caroline Leys, who also trained with Jill and was a close friend at that time; she is currently also the Director Spiritual Care at Selwyn Village, where Jill has lived during these last few years.

During conversation with Caroline we had discovered that the Reverend Warren Limbrick was still in fine fettle and so we asked him if he would be part of the service too. Warren took our Father's funeral in 1989 and I always liked him very much, so it felt as though his presence at Jill's funeral would be right.

My sisters told their stories of Jill and I read someone else's words because as you may know if you have read this website for a while, my history with Jill is not one of uncomplicated affection and whole truth-telling is not the thing one does on such an occasion.

Stella played on the grand piano and sang, a song she'd been practising in the music room whenever I was in there with Jill, Nick Cave's Into my Arms. We sang two hymns of which Jill was particularly fond, the second, Guide Me O Though Great Redeemer, being a marvellous thing to sing when someone is playing an enormous pipe organ in accompaniment. Dr Philip Smith was the organist and the music was fabulous.

We sang my favourite waiata, Purea Nei, which is also well-loved by the choir to which Jude belongs.

When the service ended Jill was carried out by her two sons in-and-out-of-law, one of her nephews and three grand-sons.

The funeral was recorded and is available on-line.

The funeral order of service is in two parts, the outer cover and the insert with the words of hymns, waiata and prayers.

None of Jill's daughters would opt for a religious funeral but for Jill, whose life has always involved the Church, there was no other consideration. Last year when we began discussing what would happen, we presumed the funeral might be held in the chapel at Selwyn Village but under Covid restrictions, the Chapel is closed. I think Rachel and Jude investigated St Matthew's-in-the-City, where Father's funeral was held and where Jill and I rang the bells over many years, but that too was closed. However it was entirely fitting for Jill's funeral to be at St Mary's, she having been ordained Priest in Holy Trinity Cathedral. I think the last time I went to St Mary's was for the funeral of Bishop Ted Buckle, with Jill a couple of decades ago; it is a very beautiful building.

The funeral directing women drove Jill away to the crematorium; those who wished to went back to Jude's place for food and catching-up.

At the funeral were two of my oldest and recently re-connected friends, Liz and Cathie (and Andrew). Both were around when Father died, and I was very glad they were able to be with me again on this occasion.

There were a number of people I hadn't seen for many years, some whānau (family), some with other connections. It's marvellous how many people "come out of the woodwork" when one publishes contact details in the newspapers. 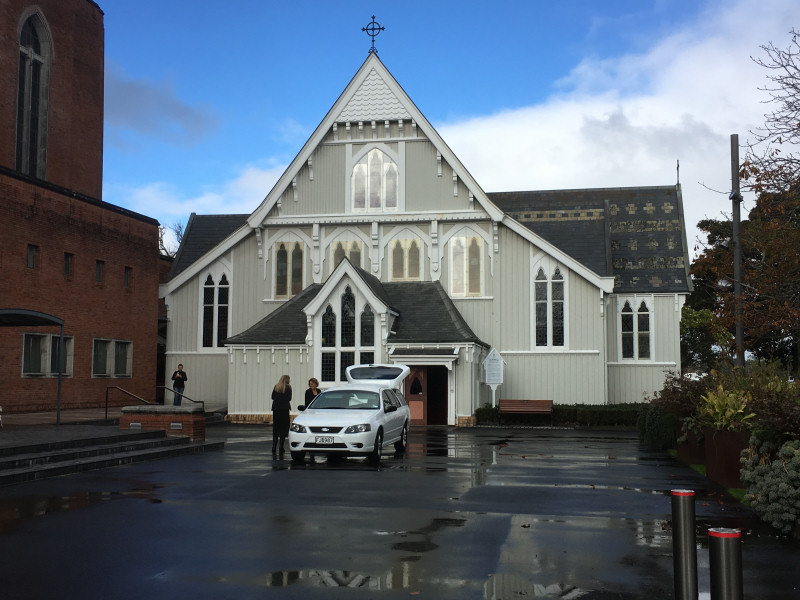