We agreed to take care of the Small Animal display at the show again this year and I had entered Virago Abigail 08 in the Registered Beef competition in the "Yearling Heifer" class.  The weather was fine but overcast, which is perfect for the show - not too hot, and not wet. 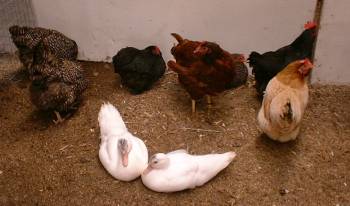 In the Small Animal shed this year we had:

- some pens of chicks, hens and ducklings, 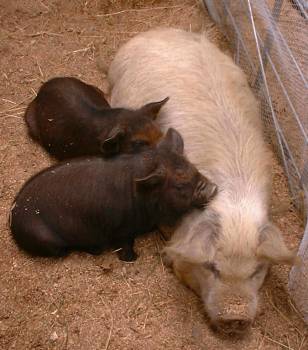 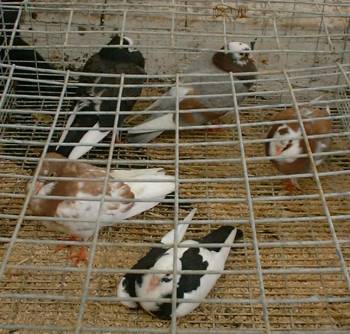 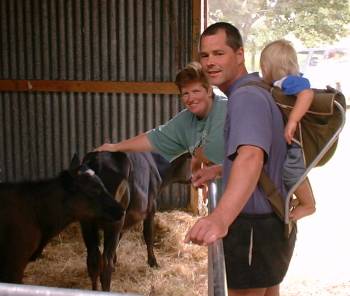 Erika and Graham brought three of the children's calves - 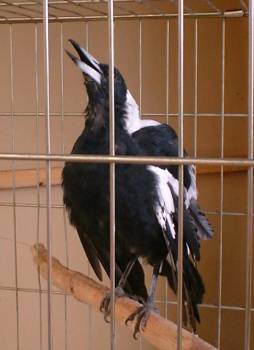 - This extraordinary warbling magpie was brought in half-way through the day.  She sang "Happy Birthday", "How much is that doggie in the win-" and bits of other tunes. 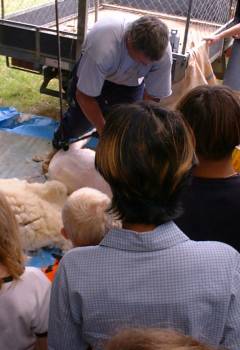 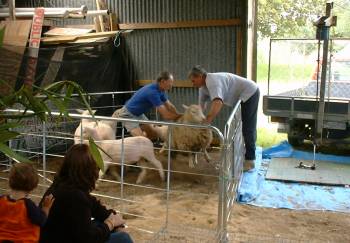 Stephan did hourly shearing demonstrations.  He decided to hoist them over the top of the pen, rather than risk them escaping again - as two had, early in the day, running to the other side of the grounds, hotly pursued by Stephan, Graham and a crowd of children! 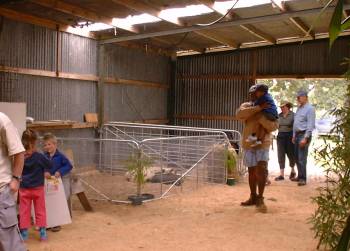 A quieter moment in the day.

Meanwhile, the rest of the show went on. 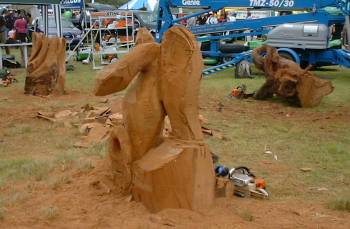 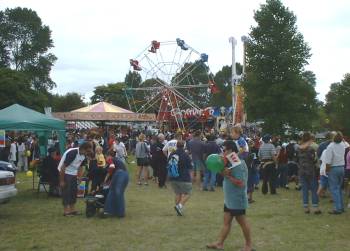 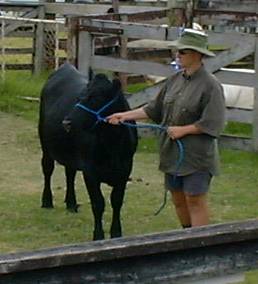 Abigail and I did our thing in the beef ring.  There were eleven animals in the class.  The judge hardly looked at us.

More people attended the show this year than last, but there were less entries in the indoor section than in previous years.  Stephan and Grant and Jane (from next door) all won prizes for their entries.

If you do any sort of hand-crafts, cooking or preserves and you live anywhere within reach, ENTER your wares in next year's show! 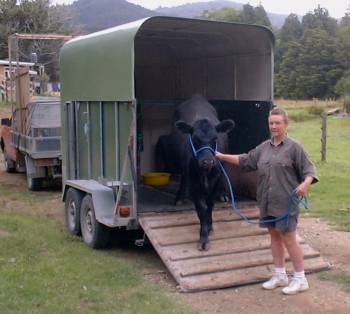 And so we came home again.  Abigail was a dream to work with today.  She was obviously a bit distressed at being kept in a small pen at some times in the day (it was about 8 x 10 feet square, lots of room to move around but not home) especially when she was the only animal left in the yards as we continued to clear up in the small animal shed.

I led her back to her paddock to go and be an ordinary cow again, head down, making up for several hours off the grass!

One of the sheep was trying to run away from the maggots eating into her back, so we brought her and the rest of the sheep in, to deal with the problem.  We took the opportunity to weigh and drench the remaining lambs as well. 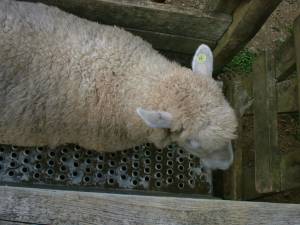 Most people don't bother doing this with their sheep, but we occasionally pass them over the scales, just to see how they're going.  Doing such monitoring has also allowed us to sort out and eliminate the poorer performing sheep. 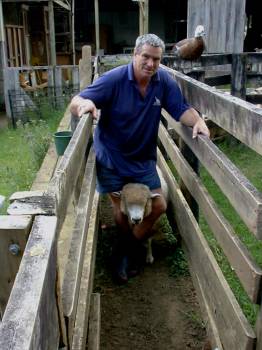 We have a unique holding-gate system in place.... No sheep were distressed in the photography of this scene - both she and Stephan were quite relaxed! 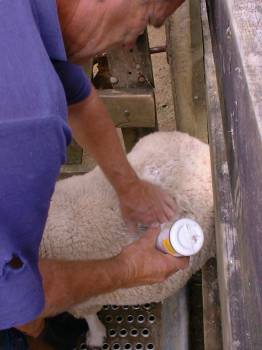 #30, the ewe with the fly-strike, was powdered with the maggot-killing, fly-repellant powder.  She seems prone to fly-strike, so I think we'll get rid of her.  This is probably the third time she's been struck in the last couple of years.

I brought nearly all the cattle in today to weigh them.  The weaner fair is on in two weeks and I need to make some decisions about which calves I wish to keep, based on the growth rates of those calves.  Abigail, having spent the last couple of weeks in the small mob with her Grandmother Ivy, has now become number 95 in the large mob.

#348 and her calf, #418, continue to inhabit a separate paddock along with Ivy and the twins.  Ingrid (the elder of the twins) has suddenly leapt ahead in growth, now weighing 14.5kg more than Ida.  The older they get, the more different they appear. 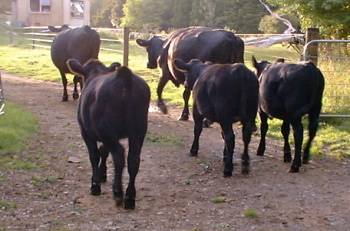