The week beginning the 7th of April 2007.
Saturday the 7th 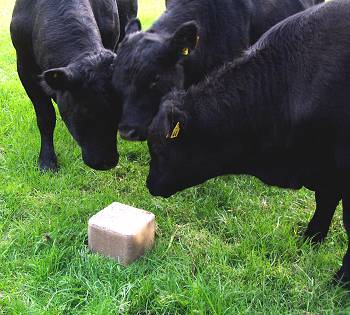 The bulls have been chomping through the salt lately, which is probably a reflection of the speed of growth of the Kikuyu grass, which doesn't pick up sodium from the soil, so the cattle need to get it from other sources.  I put this new 20kg block into their paddock this afternoon and they were right into it! 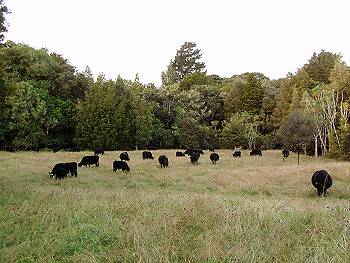 Ronnie, who has a lifestyle farm over at Fairburns, came for a visit this morning and together we moved the cows and calves from the hill over the road to the untidy Road Flat paddock.  It's a hard one to keep in order through the spring and summer, since getting the cattle here involves some road movement and I'm not very comfortable doing that with the calves when they're very young.  Once the calves are weaned, the cows can come in here and give it a proper going-over!  In the mean time it will provide a couple of days' grazing for the mob of 87 animals. 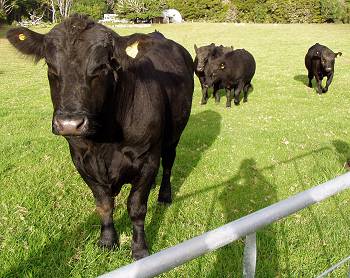 As I called the cows with bull calves out of the Camp paddock to go to the yards for a copper shot this afternoon, the bulls in the house paddock came up to see what was going on.  #26 in the lead, with the yearlings behind him. 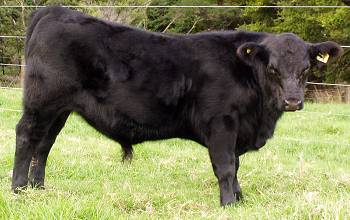 Alex 51, Isla's son, coming to say hi to his dad, above, through the fence, before heading down to the yards.

Stephan and I moved the cows and calves back along the road this morning, to the yards, so I could administer booster 7in1 vaccinations to the four calves done four weeks ago and sensitizers to the youngest two heifers, which have so far missed out. 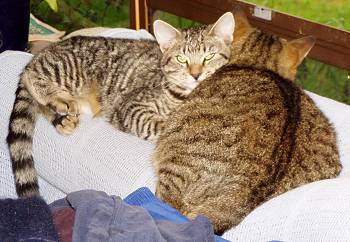 Finan, when he's not playfully (and very annoyingly) attacking the older two cats, cuddles up to them as if they're the best of friends. 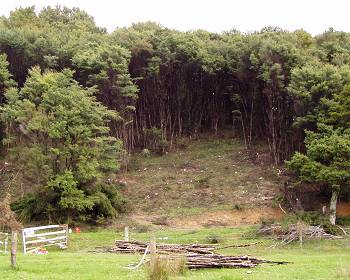 Three guys arrived in a truck this morning to get some firewood.  They brought a large amount of honey with them, to sweeten the deal, so I was happy!  The tracks are still pretty greasy after the rain, so their truck got stuck 3/4 of the way there, but they walked on and cut the trees on this hill-face, ready to cart it out.

They were carrying snow-chains for their tyres for just such situations, so later in the day were able to get unstuck, collect their wood and drive out again. 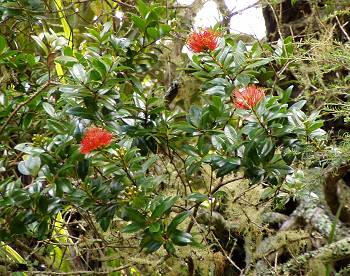 A Rata Vine, Metrosideros fulgens, flowering secretly high up in the trees!  I just happened to look up and see these flowers so looked them up to see what they were.
When I saw the flowers, I recalled a tree we saw in Wellington and wondered if perhaps it was not a Pohutukawa, as its form suggested but flowering-time argued against, but a Rata cultivar, bred to grow as an upright shrub?

I had Stephan bring home some Italian Rye grass seed this afternoon and planned to sow the Flat 1 paddock, then put the large mob of cows and calves in there to eat down the grass and trample the seed into the soil.  Things went a bit awry after I brought the cows down to graze the driveway while they waited for me to do the sowing.  Jane, next door, shares our driveway by a legal right-of-way and this week she has visitors who have three very large, barking dogs.  I have been very clear about the dogs not being allowed in the right-of-way, since it passes through my major cattle-handling area, but this afternoon, one of the dogs rushed out barking at me and the cattle!  It stayed on her side of the fence and didn't immediately cause any more than the cows to all turn and head toward the dog, but they were obviously unsettled.  A few minutes later, as I tried to get them to cross the bridge to graze the area nearer the yards, it took only the slightest thing in their state of nervous excitement to startle them into a stampede: all of the cattle, seemingly at once, turning and coming toward me like a great black wave.  I was standing in the gateway behind them all, trying to coax them on over the bridge and fortunately wasn't distracted by anything else, or I might have ended up in a very bad way under a lot of heavy feet.

Dogs without rural training or those which are not under proper control, can cause major problems in farming areas as my experience illustrates!  If they wander they may kill or worry stock and in this case, I'm just damned lucky I wasn't injured.  I was extremely angry and shaken by the experience and then shortly afterwards, I tripped and fell over!  After a fright my muscles fail to work properly for some time because of a weird disorder called Myotonia (if you've heard of it or had it, please feel free to join my support group!) and so when I caught my foot on something, I couldn't move fast enough to stay upright and fell backwards onto my hands, into the wet mucky driveway!  I was in so much pain I lay there for several seconds, like we used to do "dead ants" in the middle of city intersections when we were mad young people, and wondered if anyone would see me and wonder what I was doing.  It was a majorly pathetic moment, as the wetness seeped into the back of my head while I lay there.  I still had a 1.5 hectare paddock to sow with grass seed before putting the cows in to graze, so just had to get on with it, despite the excruciating pain in one hand and arm!  Fortunately walking several kilometres up and down a paddock is quite distracting!

My lovely physiotherapist examined my hand today when I went to see her for a scheduled visit and assured me that it appeared I hadn't actually broken anything.  If I'd obviously very seriously hurt myself I'd have sought assistance at the time, but emergency medical assistance can be hard to find around here, especially at the end of the day or after hours.  I guess if it were really serious one would bang on necessary doors, but for something non-life-threatening like this, I figured I'd just wait.  Besides, sitting in waiting rooms with sick people often results in even more misery. 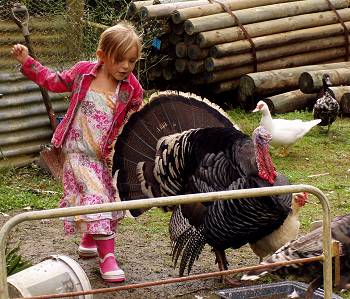 Yesterday Jill and Bruce brought Stella up to stay with us for a few days and this afternoon Stephan brought some new gumboots home for her so we could actually go out and do things!  Who would send their child to a farm without boots, you might well ask?  Stella seemed particularly pleased with our choice of colour - they even match her pyjamas!  Pink is obviously one of her favourite colours at present.

Like many visitors, Stella was rather intimidated by the large Turkey, huffing and puffing around her as we walked through the poultry, so I told her she could stroke him and he'd go away from her, rather than following so closely, so the tables were turned, much to her ongoing amusement.