456 was on heat today and the right time to inseminate her was 2.30pm, the hottest part of the day. The part of the race I usually use for inseminating is in the blasting hot sun, but just in front is the head-bail area, which is shaded by the large trees beside the yards. Stephan wasn't around, but Stella was able to be very helpful, by holding a rail behind the cow while I worked. Because of the relative position of the rails on either side of the race there, any backing rail either has to have a notch in it to enable it to stay where I put it, or be held firmly in place, which is what Stella did.

I replaced some of the heat detectors on the cows this evening, many having been activated, or fallen off. It's a messy job, involving cutting off the plastic envelope which holds the dye tube and then gluing another indicator onto the material patch still on the cow, or removing the whole old indicator if it's not too firmly holding on any more, and gluing the new one to the cow. 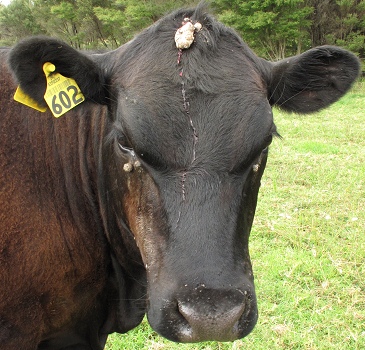 602's big wart has been bumped and nearly knocked off her head. I'll now watch and see what happens...

Warts often get knocked because they stick out and then they'll generally fall off and heal up.

Irene 35's foot, which we treated a week ago, appears to be entirely comfortable for her again. We're thrilled, having never attempted such treatment ourselves before.

Some of the cow and heifer heats are proving difficult to detect! Later in the season I will probably "mate on suspicion" whenever a cow lifts her head and cocks her ears in that particular way, but at this stage, I'm still waiting for firmer signs of oestrus.

We had a number of visitors here to collect firewood this afternoon and then they stayed for dinner. At the end of the meal, I came into the kitchen on the completion of a phone call I'd carried outside into the quiet, and discovered a very large teenager standing at my fridge, eating my chocolates! To add insult to injury there was no apology, just a defiant "I was hungry", which I doubt very much, after the dinner I'd seen eaten! What a cheek! Whatever happened to manners?

The fencers finished the boundary fence over the road this morning. Marvellous!

We've been taking brushes out to the cows when we go to check them during the day. Demelza will follow anyone with a brush!

Stella went back to her family, on the bus, early this morning. It has been lovely having her here. 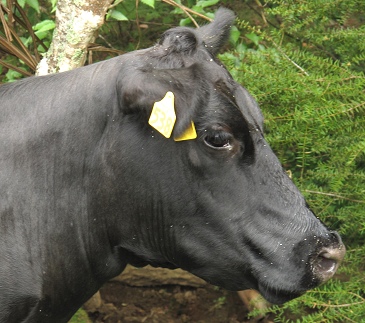 538 was the first cow to show the signs of ringworm last year and after several weeks' obvious infection, it's now hard to see where the spots were. 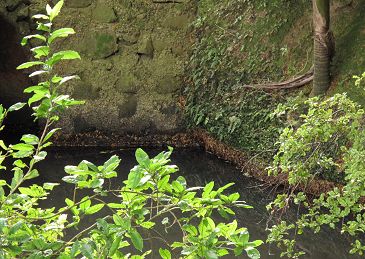 The main river level has dropped by several inches - the reddish-brown line above the water is where dead Totara leaves have stuck to the bank as the water has gone down. 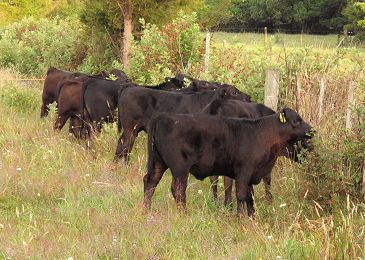 This year's calves are as keen on blackberries as their forerunners. Stephan worries about them eating his crop, but whenever I look, there seem to be just as many black and ripening berries as ever. There may be more calf slobber, but I don't think about that if I'm eating them. 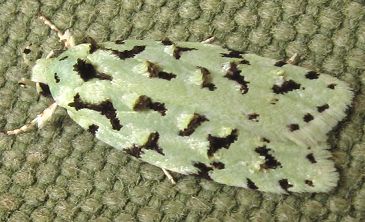 A tiny moth on the side of my hat. 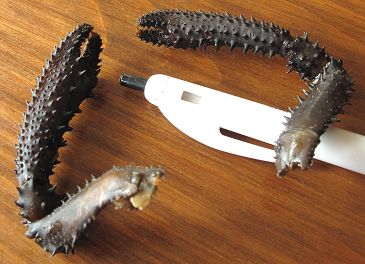 When I was out checking the heifers with the bull, I walked across one of the swamps, looked down and found these enormous pincers. They are presumably from a native freshwater crayfish, Kōura, which some bird must have been dining on.
I've never seen a Kōura of sufficient size to carry such pincers and I would not want to be near one without my boots on! 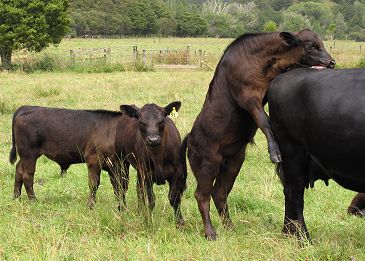 These three little bulls were all lined up in a very comical manner as I fished my camera out to take their photo, but their instincts didn't let them wait around.

My notebook says I spent all day watching cows ...

We're into the second cycle now, the bovine oestrus cycle being three weeks long. Some cows and heifers haven't yet been inseminated so I'm watching them very carefully, and I watch those I did three weeks ago for signs of coming on heat again, which would indicate their not having conceived the first time.