The week beginning the 1st of September 2012.
Saturday the 1st 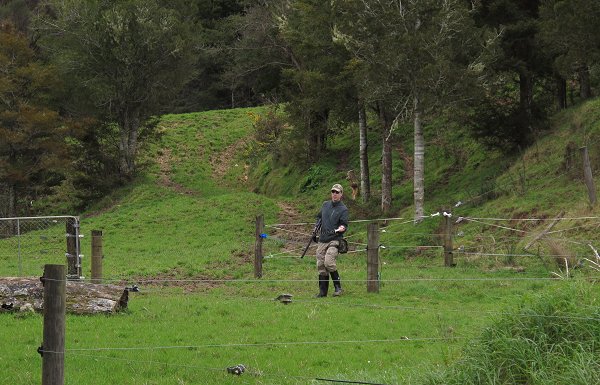 Nick, one of Stephan's nephews, has come to stay for a couple of days, primarily to go walking and hunting.  He and I had just been for a walk through the Bush Flat Reserve, before he set off into the Big Back Paddock, hoping to find pigs and rabbits. 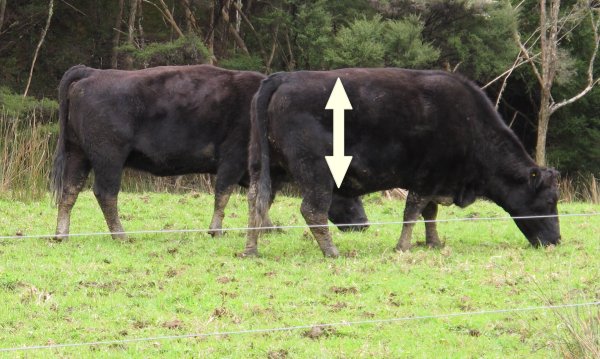 I always caution people against thinking they can tell whether or not a cow is pregnant from the size or shape of her belly.  That's certainly true when one looks from the front or back of the animal; but in late pregnancy, from the side, I believe it is possible to see some difference in the depth of the body behind the navel.

The ability to compare though, depends on the cattle one is looking at being relatively similar in body shape and age.  This herd is now so interrelated that they are becoming reasonably uniform in shape, so the difference in appearance is meaningful.  Two unrelated cows could look as different from each other and it could mean nothing. 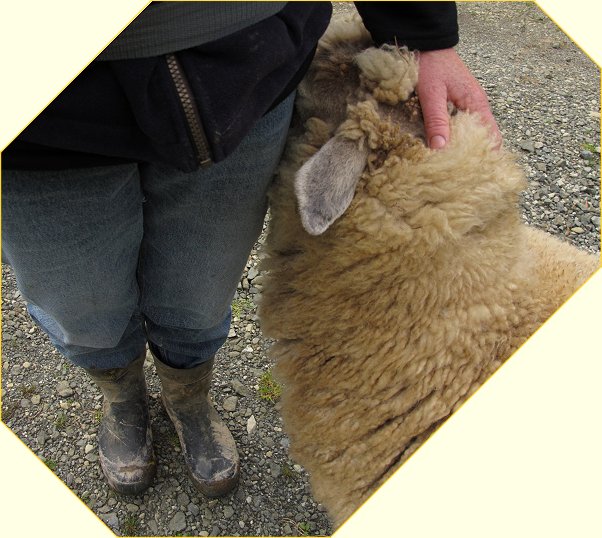 The sheep are in the driveway, having run out of grass in the Chickens Paddock.  I'm hoping they'll dry out enough so they may be shorn.

I walked down the driveway and Dotty came over to me, pressed her face against my thigh, and just stood there.  She's lovely.  Physically interactive animals are a great pleasure to have around. 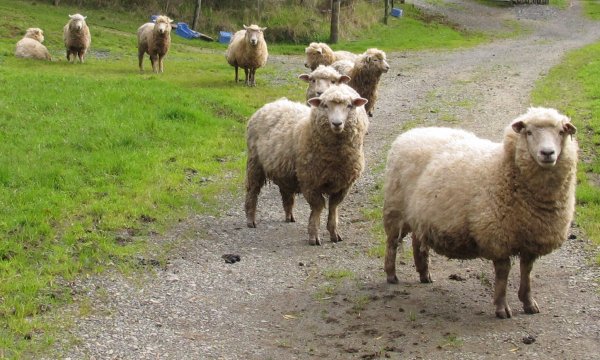 Woolly buggers.  Some of them look reasonably respectable, but some of the youngsters are a disgrace! 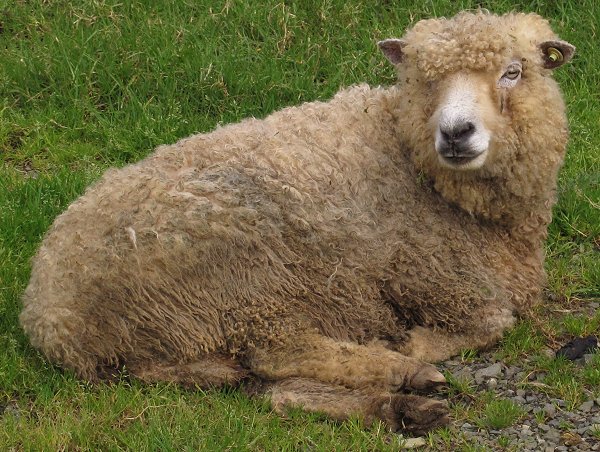 I think Yvette is still deriving some pleasure from her life; it's sometimes hard to tell.  If we keep trimming her feet, she seems comfortable enough.  Because her front leg joints are shot, her hooves grow long in ways which make her lameness worse.  It's not too difficult to provide regular pedicures.

Her end time must be drawing near.  My job is to make sure I notice and act before any suffering outweighs the positive quality of her life. 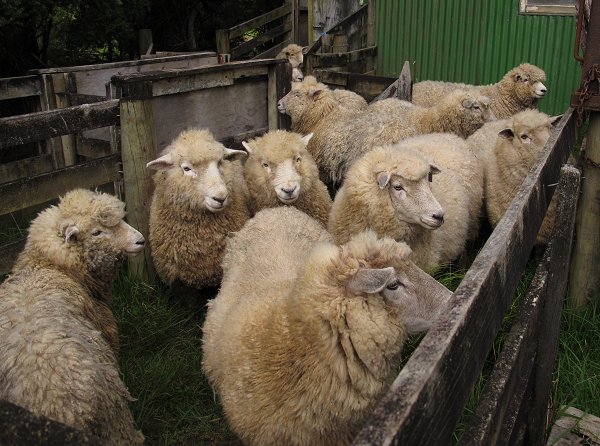 We left the sheep out in the breeze for as long as we could today, before the clouds gathered and a bit of drizzle began.  Stephan was ready to shove them up into the covered pen if it really threatened rain, and got on with shearing them. 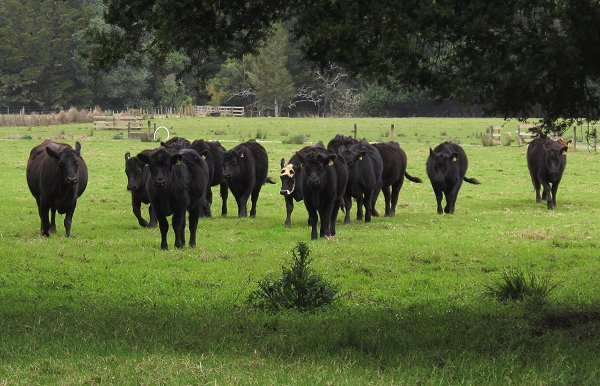 I left him to it and went off to move cattle.

When I look at this photo I think there may be too many heifers, but how could I let any of these lovely creatures go?

Zella is on the left. 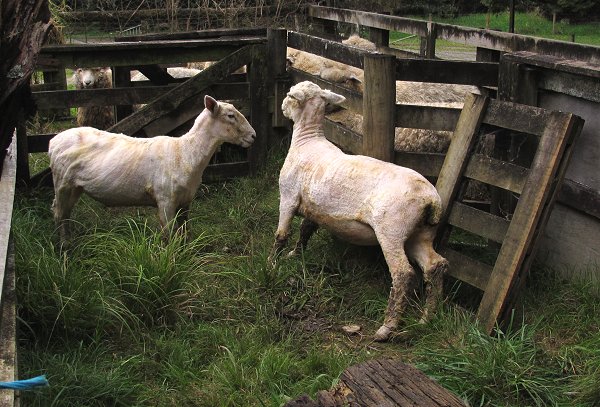 The sheep, once shorn, came out and rubbed and rubbed against anything they could.  They must be so relieved to get all that itchy wool off.

When they were all shorn, we moved them up into the House paddock and watched as they ran and skipped around the paddock like lambs.  I don't remember ever seeing sheep so obviously relieved and almost joyful in their new-found freedom.

They are in surprisingly good condition, some having looked on the point of death with their straggly wool making them look really gaunt.  Underneath it all most of them were round and smooth.

On Saturday evening I began to come down with a cold.  The timing would suggest I caught it on the way home from our holiday on a plane.  Yippee.  Why don't people cover their coughs and sneezes?  One day we'll all die from this dreadful lack of good cold and 'flu hygiene practices!

Today I had to stop and rest and blow my nose a lot.

I spent a lot of my down time working on the Robby Robot website, having a lot of fun modifying some of the photos to fit with the story I made up along the way.  I found it enormously entertaining, especially when imagining the children's reaction to it all, when they see it. 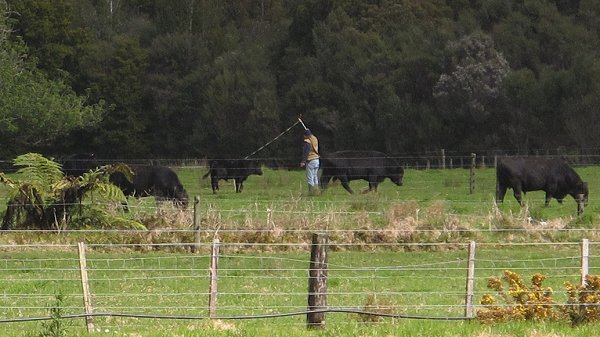 Still resting, I watched Stephan from the window as he went to move the bulls.  He walked down Flat 2 and moved the end of the tape so the bulls could walk through from one half of the paddock to the other, then I watched him grab the end of the tape across Flat 3 and lift it for those three bulls to walk under it - he didn't have anything with him to enable him to climb through or over the electric fence, but could reach over it to hold the tape up.

Fortunately the bulls cooperated and walked under the tape to reach the greener grass in the other half of the paddock. 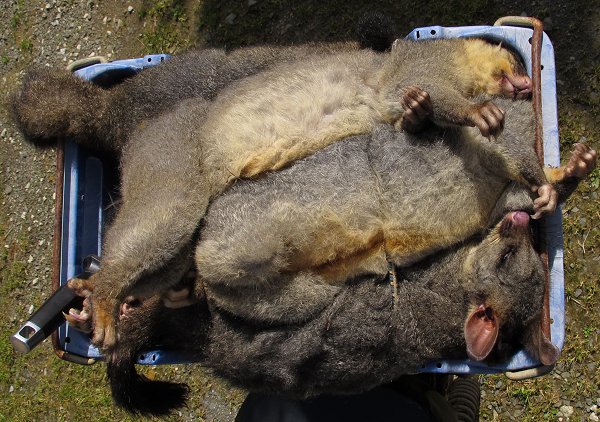 There are a lot of possums around again, mostly young males.  Stephan went out and laid some possum poison yesterday evening and picked up the bodies this morning.  Having returned the borrowed possum-plucker machine, he'll use them only for bait this time (it's almost impossible to pluck their fur by hand, when they're cold).  A couple will go in the pig trap out the back.

Their deaths are almost instant when they eat a small pellet of cyanide.  It's a very efficient way to kill them.  One does have to check for joeys in the pouches of any females, so they can be humanely dispatched. 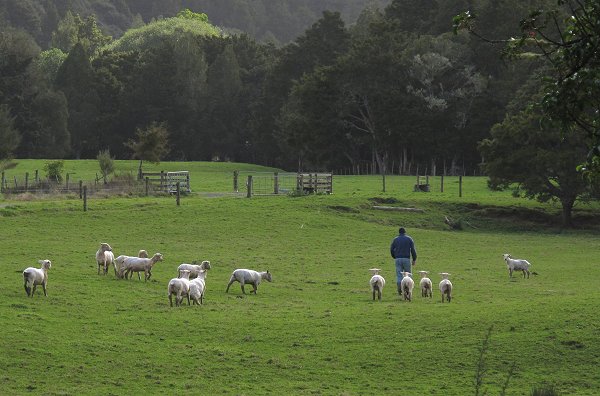 I noticed all the sheep moving suddenly out in the paddock, then realised why: Stephan had taken some feed nuts over to Yvette, who has been lying around a bit more than I like to see.

Dotty and Lamb know all about plastic containers with treats in them and everyone else follows them.  Only Yvette got the nuts.  None of the ewes are in lamb, so other than Yvette, nobody needs any extra feeding.

Having prepared the Robby Robot website for the children, I had to think of some way to alert them to its existence, without giving any hint of my involvement.  So I sent them this.

Stella, if she reads these pages, will now know who perpetrated that terrible trick.  I've been trying to get her to look up the domain registration details so she could find out who was behind the website.  I also intend coaching her in examining the headers of emails, which would have shown her that Robby Robot, who answered all of her emails, was sending those messages from the same computer as those coming from Aunty Ruth!

I think everyone who uses the internet should know how to do such things, to enable them to detect scams and illegitimate communications... and Aunties who try to trick them. 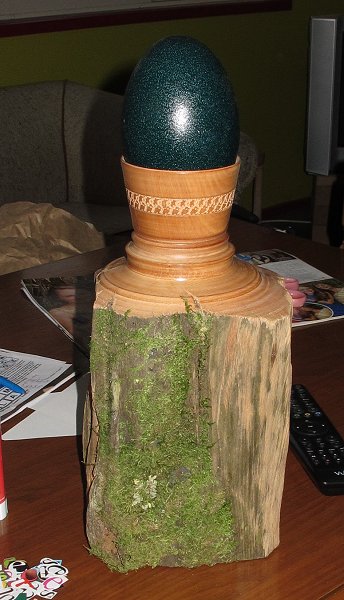 Stephan was out being creative in a different way and brought this in to show me.  We decided it wasn't quite balanced in shape, so he took it back out to the shed again, but it didn't survive his modifications.  He started again. 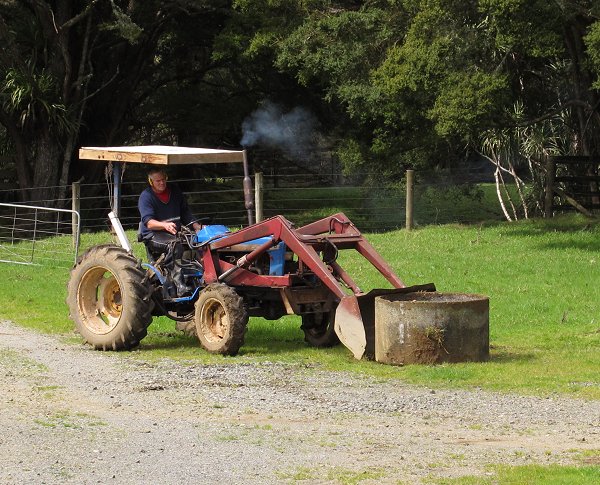 This trough has moved around all over the place in the last few years, spending the last couple sitting down where the big earth pile has been dumped, where it has been regularly used as a chin-scratching device by the cattle.  Stephan wanted to use it for burning rubbish, but I pointed out he'd have to knock holes in the bottom or it would fill with rain water.  We decided that would be a waste of a useful container.  I'd still like to put it somewhere in the garden and have goldfish in it.  (We can't have goldfish in the ponds, because they'd end up in the river.  Goldfish are exotic pests in that environment, so their escape must be avoided.)