The week beginning the 8th of March 2014.
Saturday the 8th

I went around the perimeter of Jane's first paddock today, clearing bits of trees and other rubbish off the fenceline and while picking up a branch, managed to pick up a wasp at the same time!  I'd forgotten to put my leather gloves on, which was particularly stupid.  Vespula germanica, the German Wasp is a nasty character to encounter and this one stung me at the middle joint of my middle finger, which immediately began to swell and it hurt horribly!  Over the next three days my whole hand was swollen.  I found that immersing it in hot water was surprisingly comforting and I suspect it may have shortened my recovery time, by promoting circulation into the affected areas.  It hardly itched as the swelling went away; usually I have a horrible time with wasp stings.

With the ongoing lack of rain and the lack of grass growth, the time has come to draft the cattle in a different way.  I brought the 61-head mob in to the yards and drafted out twelve cows and their calves into the cull mob, leaving 37 animals in the other group - fifteen cows and their calves and seven yearling heifers. 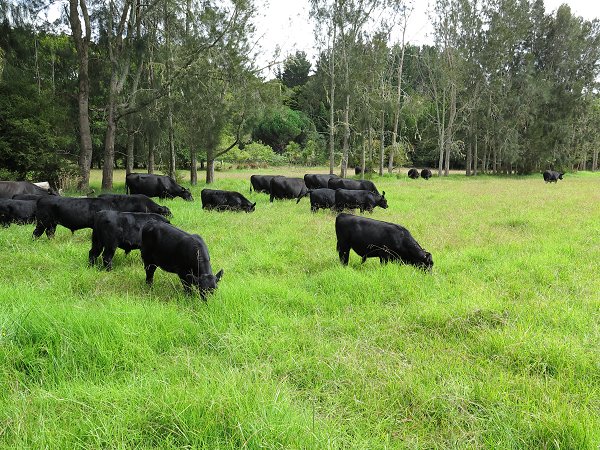 The cull mob went across the stream and into Jane's first paddock where there's more grass than any of them have seen for a while.  It's not a fertilized area, so it's quantity rather than quality they graze, but it'll keep them happy for a few days. 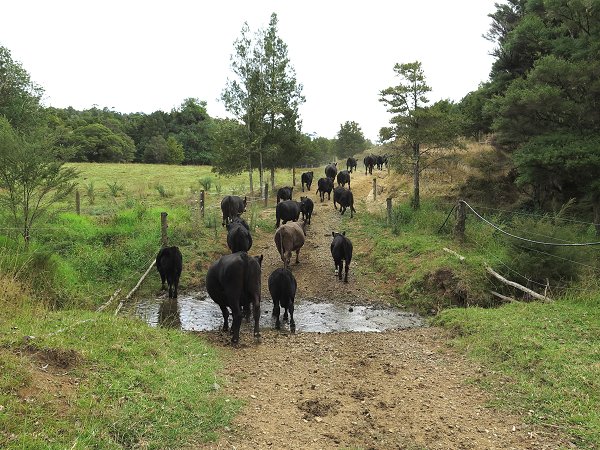 The others went out the back to the Big Back South paddock. 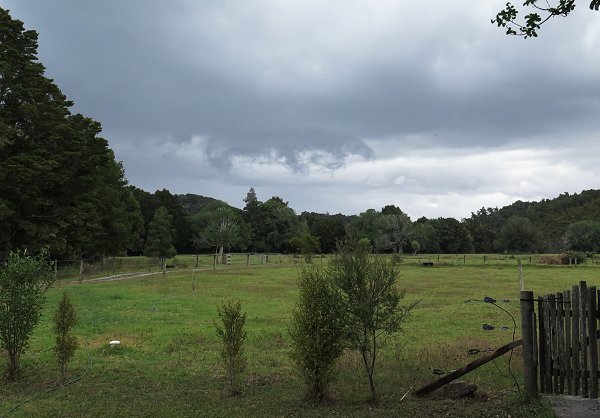 The air felt strange this afternoon and the clouds looked weird.  Nothing happened.

But the meteorologists are beginning to predict the southern movement of a Tropical Cyclone away up in the islands, showing it heading straight down towards us.  If they're right, there may be rain over the weekend.

I heard a Long-tailed Cuckoo's distinctive call out in the Bush Flat reserve this morning when I went to check on the cows.  It was high up in the tops of the trees though, so I didn't try and follow the sound.

A "woman who does" came to do some cleaning today - ACC agreed to help with a few hours, just to get me over a hump.  We are not fastidious house-keepers, although cleanliness in the kitchen in particular is very important, but the extra demands on my time lately have made it difficult to keep up with everything.  Unfortunately this particular cleaner was not someone who ought to list cleaning skills on her CV.  I've never seen anyone fold towels in so many different and untidy ways and I had to go around and wipe smears off every surface she'd attended to.  As an ACC levy-payer, I'm not entirely happy that my fees pay for this level of service! 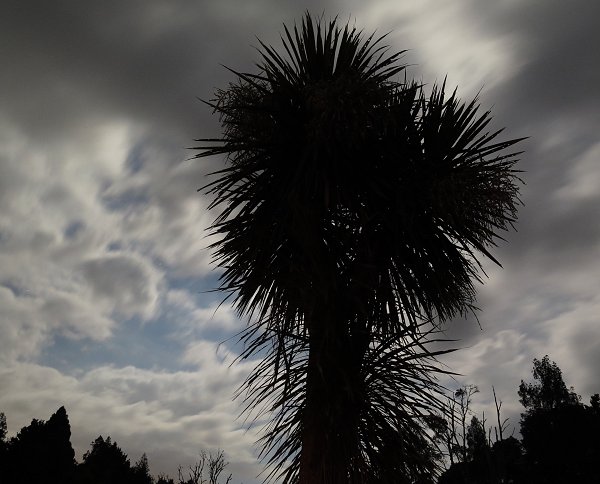 The moon was out, but behind the clouds tonight and I felt inspired to try some slow-speed photography.  This is my first attempt and I found the fact that the sky is of course blue, quite fascinating. 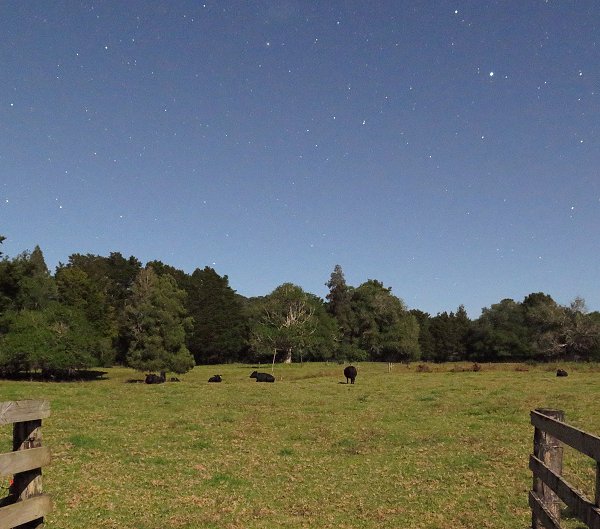 After checking the insemination cows tonight, I went back with the tripod (being careful not to accidentally walk too near the electric fence) and set it up to photograph where I knew they were all sitting around resting.  Again the colours were the most fascinating result for me.  An "ordinary" photo, but with stars!  I set the camera for a twenty second exposure time, on a two-second delay so I could press the button and be clear before the shutter opened, so there was no vibration.

Emma 93 came back on heat, so I opened some gates and let bull 96 come down the lane to her.  He's on the list to go to the works, so this will be his last hurrah.

All week I've been watching the various meteorological websites and their changing forecast maps, which have gradually settled into confirmation that ex-Tropical Cyclone Lusi will come down the west coast of the country, probably bringing us severe gale-force winds and lots of rain.  Elizabeth and William came out after work this evening to help me move garden/pond furniture, chicken cages and generally get things tidied up before the storm. 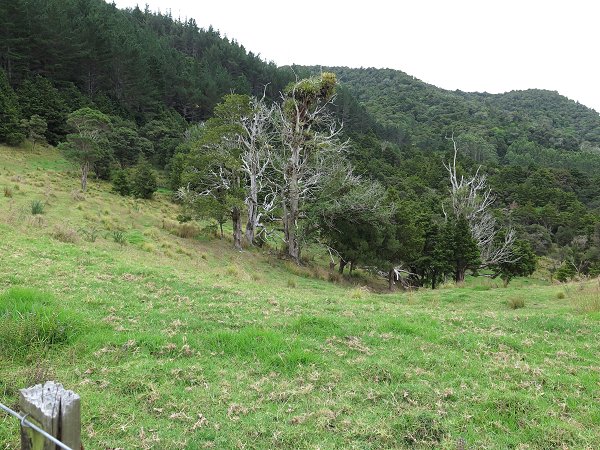 While I was at the top of this hill, I thought I'd take some pictures of the old trees in the middle of the Middle Back, because at some stage the dead ones among them will presumably fall down and a period of high winds will probably prompt that change.  I may never see them like this again!