The week beginning the 9th of August 2014.
Saturday the 9th

The cows have been in a mob of 16 for a while, which is a nice number for the size of our paddocks.  The R2 and R3 heifers have been a mob of 22 and that's just a little too large for keeping them evenly fed, so this morning while moving them I drafted the non-pregnant heifers away from the others and then put the yearlings in with them, making the pregnant mob now 18 head and the others, fifteen.  I think they'll be a little easier to manage now.  Four animals can make quite a difference at this time of year.  In years past I found it easier to manage two cow mobs of 19 head each, than a large one all together.  Mobs of less than twenty seem to be the way to go here. 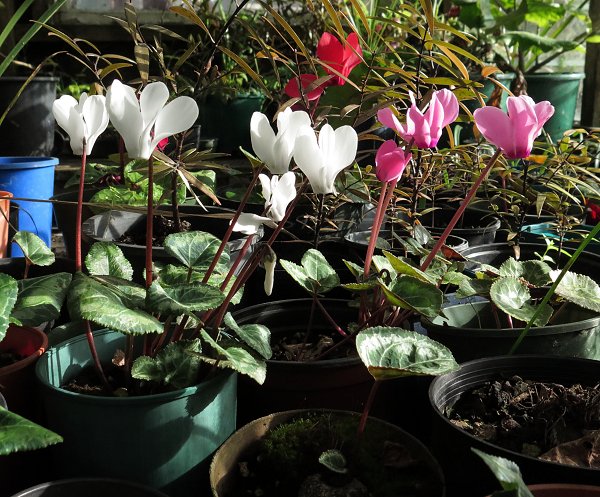 Again this year I have lots of little white-flowered Cyclamen plants in my greenhouse, but now there are some other colours in the small-flowered variety: a deep pink (looks a bit too red in the picture) and a lighter pink.  I thought it was only a couple of seasons ago that I bought the deep red plant to try some colour crossing, but it turns out it was back in 2011.  The plants regularly produce seed pods, often unnoticed by me and tiny plants emerge during the year either in pots where the seeds fell, or growing on the damp wood shelving, upon which all the pots sit.  When I find them, I pot them and here is the result.  What fun!  The small-flowered plants seem to be really hardy and I do like this increased colour range.  The larger plants are all pink and they too just appear around the place, as they set seed and those new plants germinate.

Poly the budgie sang a little for the first time today.  She hasn't seemed awfully happy up until now, but perhaps the two birds are beginning to settle down together at last. 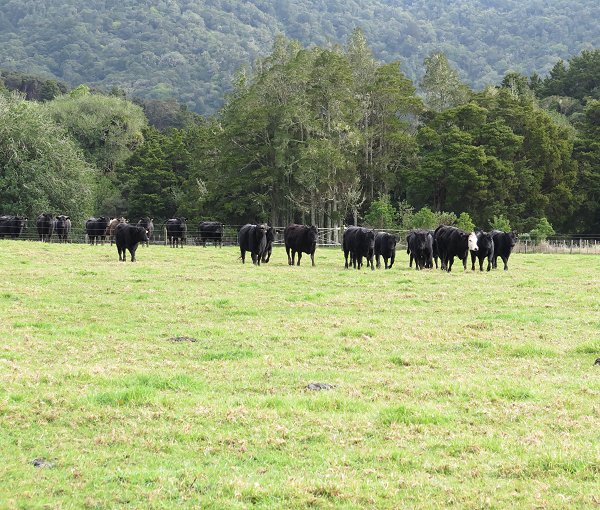 The non-pregnant heifers spent yesterday afternoon and evening on not much grass, so were quite happy to move this morning, although their neighbours, the pregnant heifers (behind them), obviously worried they were about to miss out on something good. 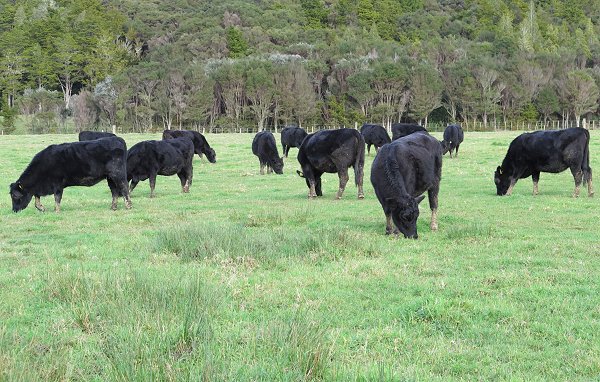 They didn't; they are, after all, the priority mob on the farm.  They're not carrying any excess condition, but I'm pleased with them overall so far and if things don't get any worse this month, they'll be good for calving from mid-October. 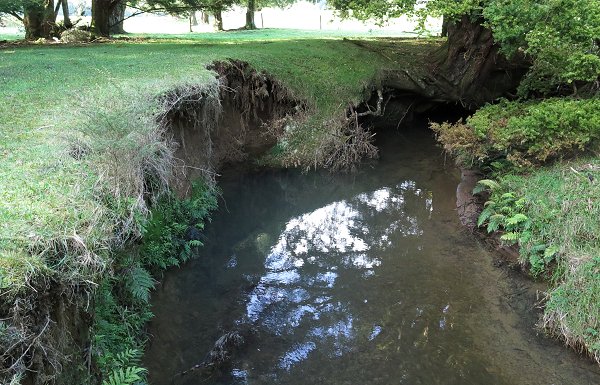 Anita from the Northland Regional Council (NRC) came out to visit and inspect our next proposed riparian fencing project, with which the NRC may assist with some 50% funding.

This bit of the stream will need some protective planting as well as being fenced off.  The bank has been being undercut for a long time, although there are some parts where it's quite stable.  The water, when in flood, rips around the bend in a damaging way. 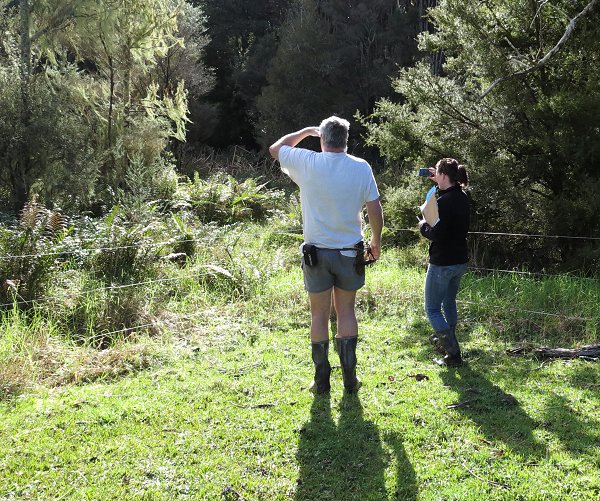 We walked all the way out along the Taheke Stream, the one which enters the farm in the Back Barn Paddock, on our North-Western boundary.  It was good to talk through some of the possible problems we anticipate and look at some of them from a new perspective.  It'll be lovely when we finally get it all done.  We will have to purchase a fair number of troughs, because the cattle will no longer have constant access to the streams.  If you fancy being involved in a local Conservation project, let me know!  Imagine, The Josephine Bloggs Memorial Trough! 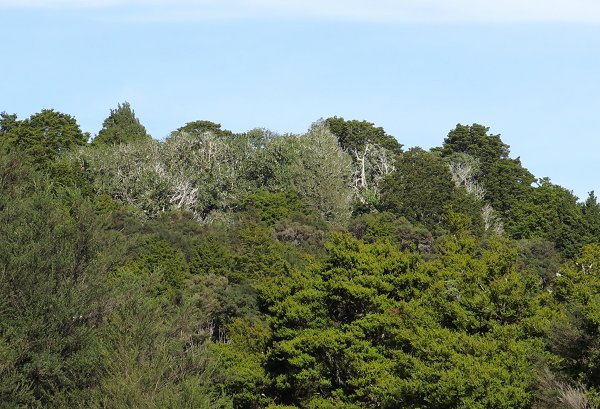 I pointed out to Anita one of the other reserve areas, the one we fenced off in the top corner of the PW on the boundary with the Middle Back, where a group of mature trees of several species grow.  Their canopy stands out from the younger Totara around them, partly because of the nature of the Puriri tops, with their long-term cattle and possum damage still visible. 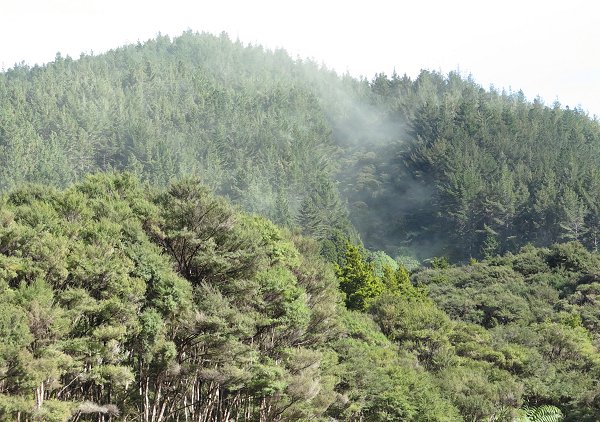 Out the back we noticed a sudden movement as the Pine trees all released a huge cloud of pollen. 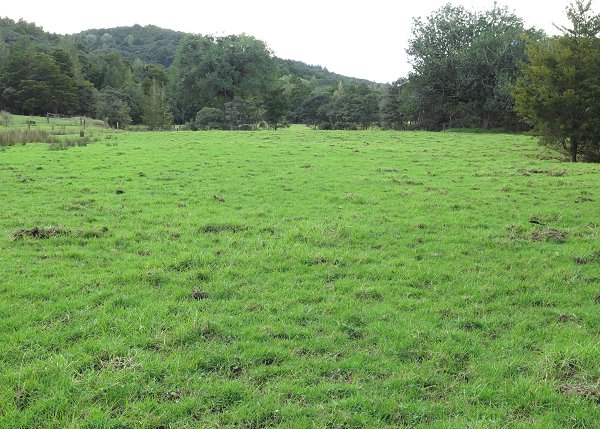 Walking round to inspect the big swamp project from last year, I was disappointed to see how much damage the visiting feral pigs have done to the wet pasture in the Bush Flat Paddock.  Across the whole area, they've rooted up the grass and left overturned clods and open soil. 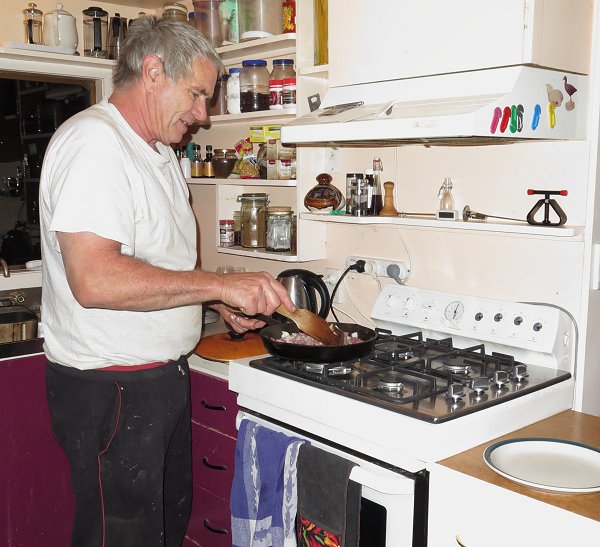 Tonight Stephan is cooking with gas!

A few years ago we bought a gas hob, intended for our kitchen renovation.  The thing lived under the bed, catching my toes whenever I forgot it was there, collecting dust, doing no good at all, for about five years I think (although judging by my Cyclamen time-recollection above, it could easily be eight).

Over the last couple of weeks Stephan has had the hob set up properly to receive gas from a bottle, then built a unit for the bottle to sit in and a modification to the top of the electric stove, to allow the gas hob to be temporarily (really?) installed. 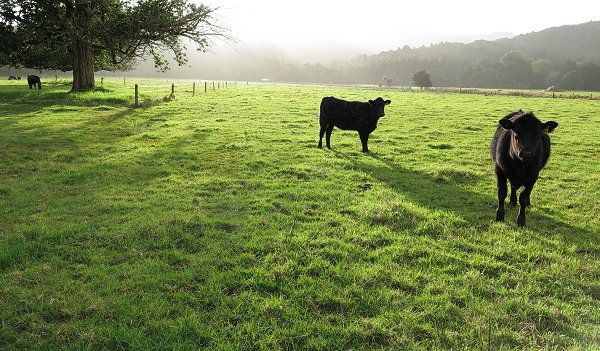 There must have been some serious pushing going on in the heifer mob for these two to have ended up through the fence between Flat 3 and Flat 2.  One of the wires was hanging loose, but neither heifer seemed to be suffering from any soreness anywhere.

Stephan came over and fixed up the wire and I moved the rest of the mob to join these two. 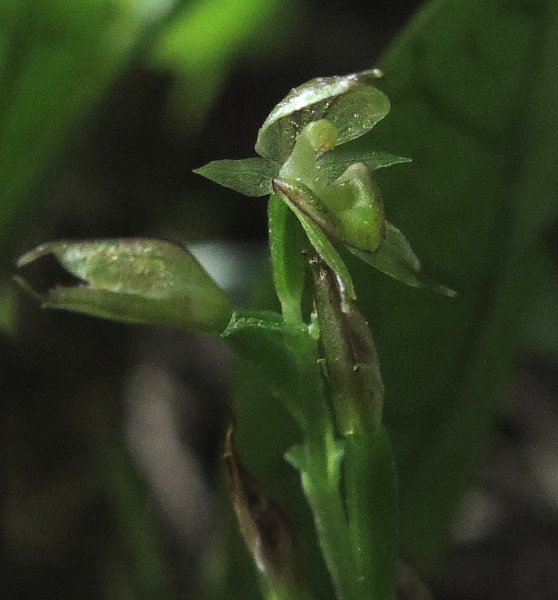 I feel sure you must all have been just waiting for an orchid!

This is one of the last of the little group growing on an old bit of tree trunk up by the big felled Pine.

I seem to have lost the last two months somewhere. 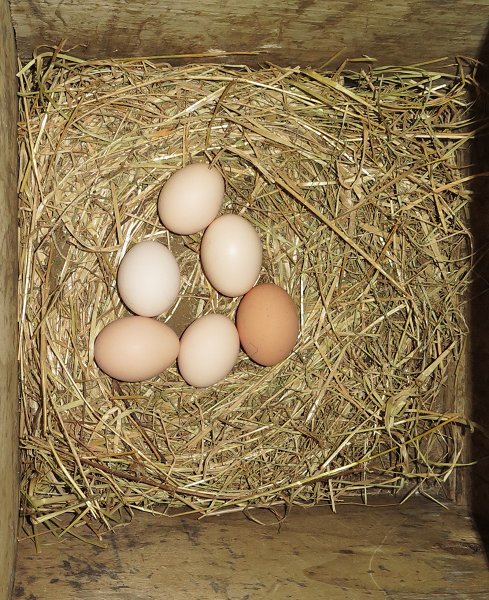 The hens are beginning to lay well now the days are getting longer.  It's so nice having eggs, even though feeding hens is a reasonably expensive business. 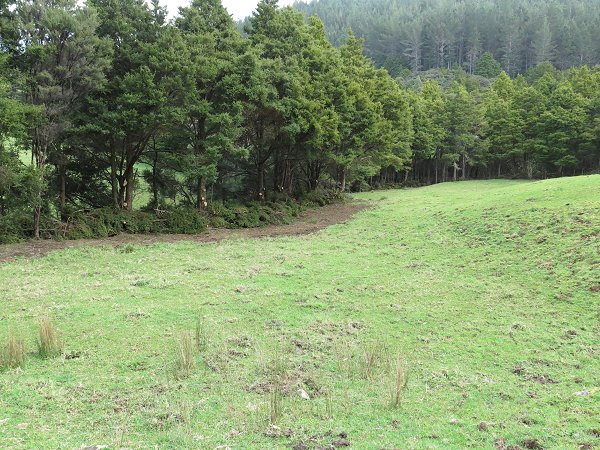 We walked out to plan the next lot of stream bank clearing, the helpers still being in residence.  This is some of the work done a couple of days ago - Stephan cut and the helpers stacked the prunings under the trees where they can rot down inside the planned fence area.  The cows will miss being able to sit under the lowest branches of the Totara trees, but they'll still have plenty of shade and I think it was the heat they sheltered from there, rather than wind and rain. 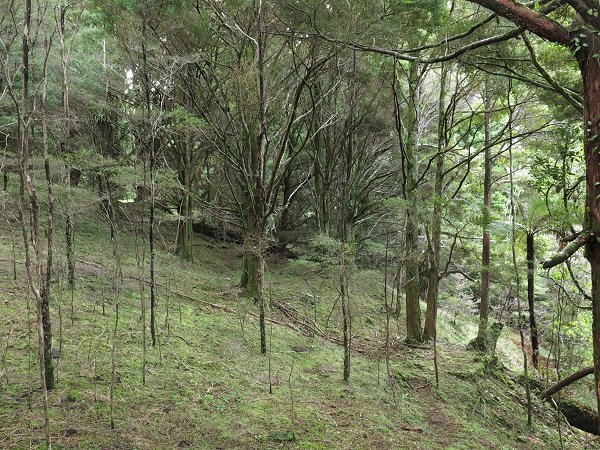 This is an area on the other side of the stream which requires some clearing so the stream can be completely protected.  These jobs always seem so huge until we start doing them and then they gradually appear more achievable as parts of the work are completed.  This is one job where helpers can be particularly useful. 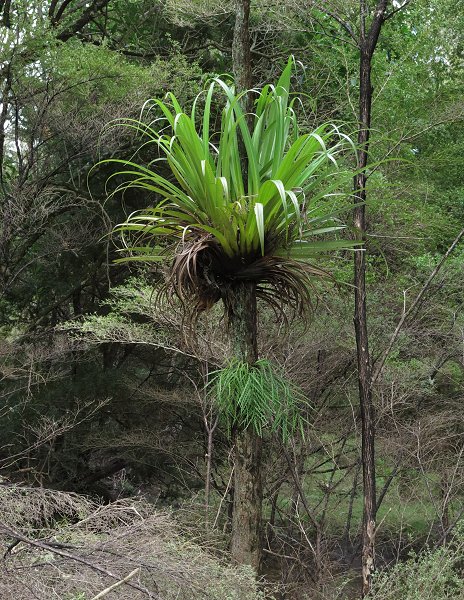 A couple of epiphytic plants growing on a now-dead tree.

The top plant, a perching lily (although obviously well capable of grasping and hanging on too), is a heavy plant, yet often grows like this around the trunks of Nikau palms and the some of the tree ferns. 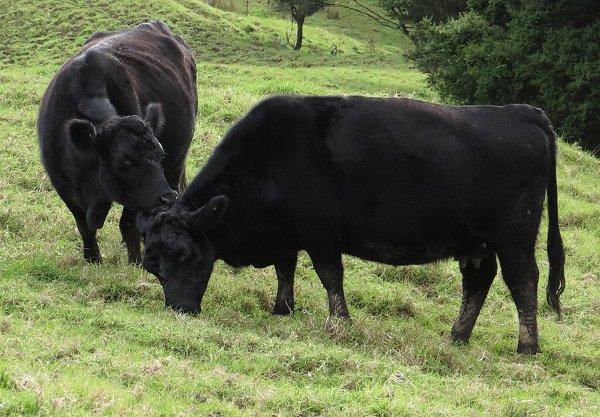 I can't remember who the licking cow is - I think it's Dexie 101 - but the other is 613, the cow who spent a year in mourning after I sent her friend 611 away to live somewhere else.  I'm glad she now seems happier again.

That particular example of bovine grief really made an impression upon me.  While her production didn't suffer, 613 was a very unhappy-looking cow for months and months.  I'm not prone to anthromorphism, but when I kept seeing 613 looking so down in the dumps, without there being any physical cause, I eventually realised that I'd caused her problem.  In retrospect, I'd have kept her friend, despite her slightly lower production history.