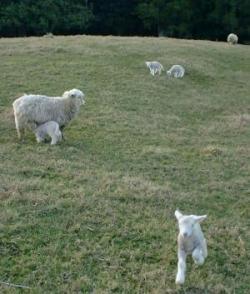 More successful pig-hunters!  The other two having not returned, two other guys came out to have a go.  Here pictured is Neil with the sow they caught today... 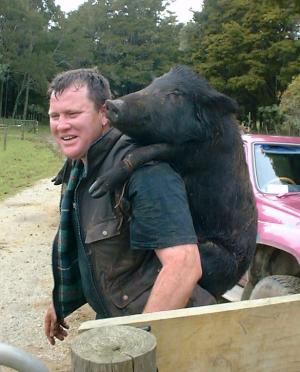 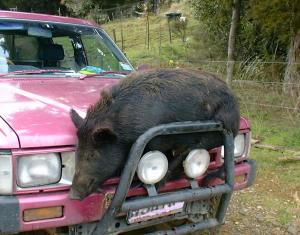 #26 ewe didn't seem to be making appropriate progress in her lambing. Generally sheep take a fairly short time to birth their babies and it's a fairly no-nonsense procedure. This ewe though, wasn't getting on with things, so although I had no idea how long she'd actually been in labour, I considered the presence of two fluid filled bags hanging out the back end, plus the absence of obvious contractions, evidence enough of a problem, so decided to intervene. Just inside the birth canal I found a nose, but no feet. The legs of the lamb hadn't come forward, so I pushed the head back (I didn't realise how difficult it would be to hold the head back in there against the ewe's contractions, whilst trying to find the legs and bring them forward gently one at a time. Once the feet and head were properly in order, there wasn't too much urgency, so I let the ewe have time to stretch everything she needed to and then eased the lamb out. I felt around and helped the first lamb's sibling out the same way and left the ewe to clean up her two wet sons. 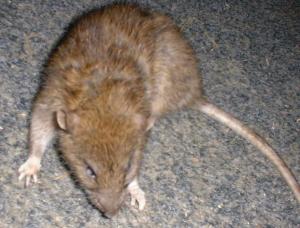 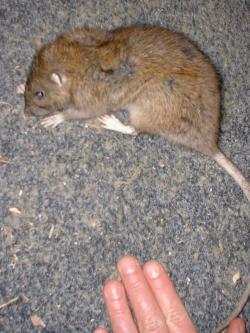 We've been having a bit of difficulty with a population explosion of rodents. With chickens and their feed around, as well as wet cold weather outside, the rats have moved indoors. I bought some poison and installed it near the huge hole the rats had dug in the floor of the shed. One of the cats brought this chap in for us to see. Fortunately he was seriously under the influence of the poison and soon died. He was pretty big and heavy as I carried him out.

This afternoon, #5 ewe (Matilda) was calling to the lambs of other ewes and when I went for a closer look, I saw that she had protruding little hooves sticking out her rear end.  I watched for a few minutes, waiting to see that there were two of them.  As they were pushed out a little more, I realised that they weren't front feet pointing to the ground, but back feet, with their bottoms up.  Since Stephan was at home, I fetched him with the crook to catch the ewe quietly and we put her down on the ground so I could find out what was going on.
So with the assistance of my trusty midwifery (or just plain nosey!) friend, I ensured the tail was between the legs, and began to pull.  Once the umbilicus is squashed on the way through, the baby will try to begin breathing, which means it's important to get breech babies out really fast, so they don't drown in their own birth fluids.  As soon as this boy was out, I made sure his airway was clear and held his mouth open for a bit. 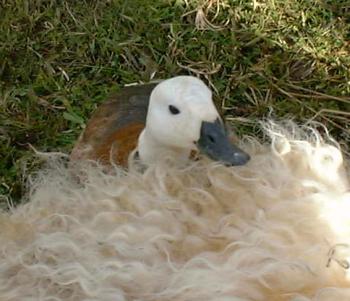 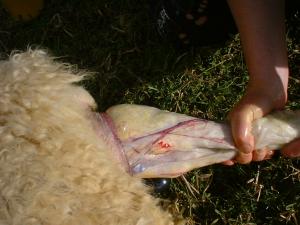 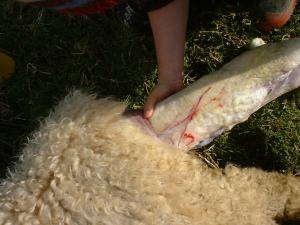 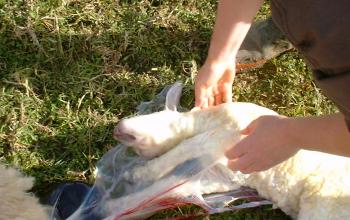 He went through a few spasms, which made me think he wasn't going to make it, but then came right and breathed normally, calling to his mum, who hadn't quite figured out what was going on.  All being well, we left her to clean up her son.