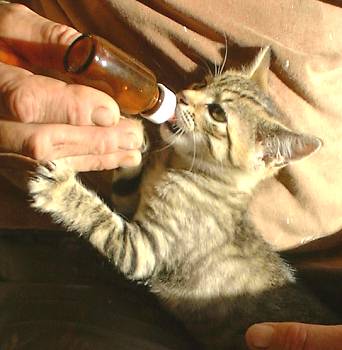 Some mornings my small kitten-child behaves appallingly!  She was so determined to grab her bottle this morning that I ended up with some painful puncture wounds in my fingers, so abdicated feeding responsibility - lucky for Spice, Stephan was here and willing to take over.

The cows and heifer calves are grazing a couple of the paddocks at the back of the farm.  At this time of the year we can actually drive most of the way there, so we did, then walked up to do the usual roll check.

There were areas of dead rushes, which Stephan says are thanks to Matthew's efforts a few weeks ago.  Good work Matthew!

A few of the cows are starting to look a bit light in condition and there isn't a great deal of grass ahead of this mob, so I may have to seriously consider weaning them a little sooner than I had planned. 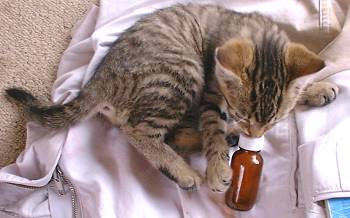 This solves the feeding problem - let her do it herself!  Not really.  But at the end of a feed, Spice continues to hold the bottle and try for that last droplet.  It's a great deal easier to let her do that than to risk injury by trying to wrestle it from her!

At last, after nearly two weeks, six of the weaner heifers which I sold over the internet, were booked on a truck to go!  I weighed them, applied a pour-on drench which includes treatment for Liver Fluke, painted a spot on the back of each of their necks (for ease of identification for the truck driver) and we waited for the truck to arrive.
Because the heifers went into a pen in the truck with two enormous Friesian cows, which were on their way to the works at Moerewa, I was a bit worried about their safety; so I was very pleased to hear that they'd arrived in good order and were happily installed in their new home, near Opua in the Bay of Islands.

The other three little heifers are still waiting ...

There are also six heifers which I would very happily keep in the herd, had I room for them.  If you're looking for some nice breeding stock, please email me! 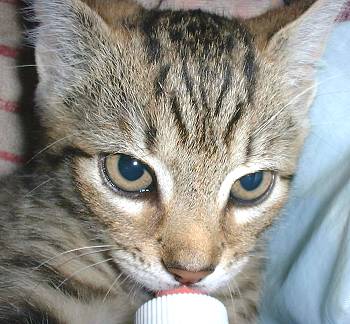 Look at those eyes! 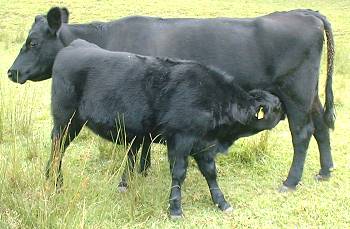 Virago Abigail 08 AB, daughter of the lovely Isla, and her daughter Virago Dot 30 AB.  I'm feeling very pleased with Abigail; she's raised this fast-growing calf and managed to maintain her own condition very well.  She's shaping up to be an excellent little cow.