There's not a lot of grass left on the farm, so it's time to prioritise the feeding of the cattle.  That means the calves need to get the best of what remains and the cows have to go onto their Autumn feed regime, which means a reduced diet as I force them to eat down into the less palatable levels of the Kikuyu pasture.
To do all that, they have to be separated from each other, so I brought them to the yards in preparation for weighing and then drafting into two separate mobs.

There are still three red cows in the herd, but they will go this year.  The white faces will be around for a few years yet, since there's one in this year's heifer mob.  #16 had the last of her grey calves last year (this year's beautiful #475 is black), so unless Fuzzy 357 produces another of her own colour some time, she'll be the last of that colour too.  I'm not worried about colour, but it's interesting to see the herd getting blacker as I breed successive generations and get closer to the Angus herd I've planned. 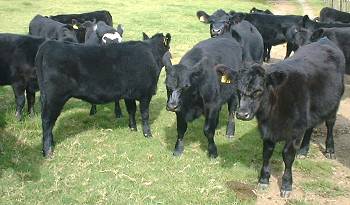 I'm finding it just so satisfying to see the progress I'm making each year, in producing a more uniformly good bunch of calves.  That of course makes it more and more difficult to choose which ones to keep.  That whole issue is complicated by the presence of the stud calves, since my inclination is to keep all of them, but that may mean having to let go some commercial calves I'd rather keep.  I'm deferring that decision this year by not selling as many as I'll need to by next spring. 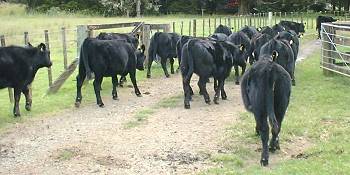 Some of the stud heifers will probably have to go, since I don't want to sacrifice some of my best producing commercial lines for the sake of a registerable pedigree.  What a dreadful choice to have to make!

At right, after the cows had gone out to their paddock, I sent the heifers on their way to graze the paddock next to their mothers and prepared for some more noisy nights, with 20 pairs of cows and calves now separated. 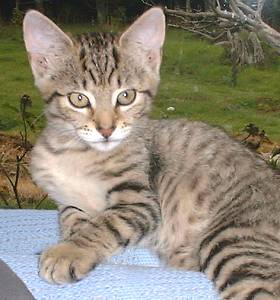 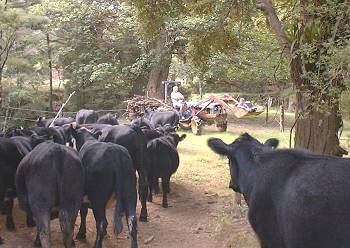 Because it's Easter weekend, the schools are on holiday and Eric (Chantelle and Mike's eldest son) is staying for a couple of nights' farm experience.  He went with Stephan this morning, on the Hokianga milk run, and this afternoon they went out to gather fire-wood.  I was also moving cattle, so there was almost a collision!  Stephan and Eric, on the tractor, were both sitting completely still, so as not to spook the cattle as they all met at this corner.

Eric went home and we prepared for a visit from my friend Miryam, her daughters Jessica and Annie, and partner Roger, on holiday from England.  I haven't seen Miryam and the girls for four years and then Annie, the youngest, was only four.  Annie is special for me, since she's my Godde-daughter.

Today we went sightseeing.  First we went hunting for sandhills, failing miserably since we didn't want to drive for hours to get to the best of them up at Te Paki, nearer Cape Reinga than here.  Shipwreck Bay, at the southern end of Te Oneroa a Tohe (90 Mile Beach) was pretty lovely though, despite a brisk and rather chill wind.  The real name of this bay is Te Kohanga, but it is generally known as Shipwreck Bay because of the still-visible remains of an old paddle-steamer, wrecked here many decades ago.

Next we went to Okahu Estate winery and spent nearly an hour tasting their wines, expertly assisted by a very pleasant young woman, whose name I particularly wrote down and have now mislaid.  Then we headed out to the east coast and the Mangonui Fish Shop for the "best fish'n'chips in the country".  It's true, it was judged so in a national competition a couple or so years ago!  Then back along the coast on our way home, we stopped at Cable Bay for a paddle in the surf.  This used to be my beach!  We lived in a house my mother designed and my parents then had built, on the edge of the cliff, just to the right of the third tree from the right on the skyline on the right of the photo below. 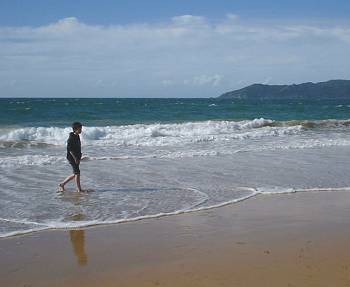 On most warm afternoons, we'd walk down the steep hill along the main road, to the beach and spend hours in the sea.  Because the beach is reasonably steep, the waves are great for swimming.  I did nearly drown once, but we didn't mention that, for fear of being forbidden to swim on our own any more.  I doubt many parents allow their children quite so much freedom now: we loved it!  What parent can ever be bothered spending as much time supervising as we wanted to spend swimming and playing on the beach?

Our guests left this morning to go camping and we started getting ready for Monday, when we will host another of the Northland Women in Agribusiness days, with Russell Priest as our guest speaker.