A bit more work to the front entrance.  These things take time! 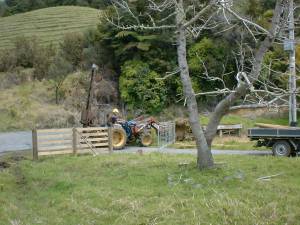 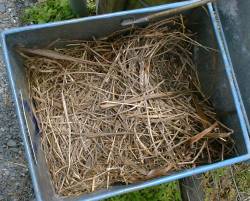 Some people have mailboxes, we have a Starling nestbox, again. 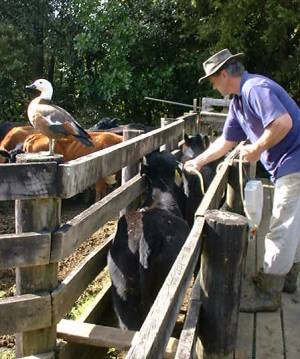 While Stephan got on with the entrance renovation work, I weighed 54 cattle ready to be drenched for Liver Fluke, later in the afternoon.

It's a job we do together, requiring the drafting of the animals into weight groups and then doing some fairly tricky manoevering to get the hook (on a flexible hose, attached to the drench gun) into their mouths for the appropriate amount of drench.  The Liver Fluke drenching, twice a year, is the only part of the animal management which requires both of us on the job.  Most other things I do on my own, although if Stephan's around to lend a hand (and legs to do some of the walking or running), some of those other jobs can be completed rather more quickly with two people!

It is also, obviously, most important to have a duck on hand, for any emergency.

There's always one, isn't there, in every crowd? 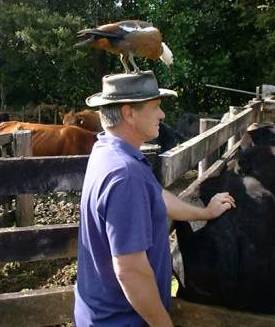 This is just for a bit of fun: Amelia dancing to her own beat...

This is a sight seldom seen in our house:

LC and Foxton Beach sitting within a room's width of each other without fur flying!