Our beloved and constant companion, Ms Duck, has been killed.  It appears to be Paradise Duck mating season again, so she had been becoming more and more self-endangering around motor vehicles, crouching down in front of them, as if they were approaching her with amorous intent.  She has often, lately, had to be moved out of the way before we could proceed along our driveway.  A visitor, this morning, without that knowledge of her recent behaviour, assumed she would get out of the way and ran her over. 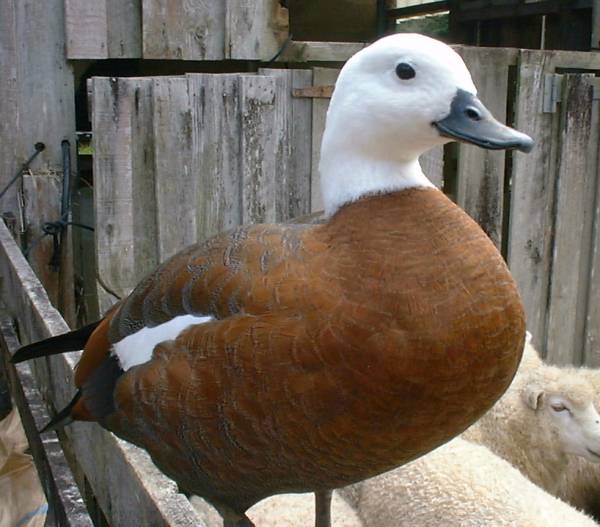 We buried our lovely friend, just Stephan and I, out where she flew so often to meet us on our walks, and planted a small Kauri tree over her.  It seemed so strange to be busily doing something without her bustling around our feet, checking out what was happening, eating the worms we found in the soil, chattering away.

Ms Duck was so much with us.  She had been even more than usually close over the last few days, partly because of the other Paradise ducks intruding in her territory.  On Tuesday when Muriel (Stephan's mother) visited with us, she was with us all day, out on our tractor trip around the farm, then inside during the afternoon, as we sat around the fire after lunch.  She spent over an hour being cuddled by Stephan as he had a nap on the couch, and the rest of the afternoon sitting near the feet of one or another of us, quietly chattering from time to time.  On Wednesday morning, she spent several hours sitting or standing beside me as I worked at the computer, following me out to the kitchen whenever I made a cup of tea, coming back to settle down beside me again.  In the afternoon when Stephan returned from work and went upstairs for a sleep, she followed him and flew onto the bed and had a wee nap with him.
She was often far too busy to spend so much time with us during her day, popping in and out as it suited her to find our company, or joining in whenever we were outside doing things.  She'd just appear at any of the outside doors and we'd see she wanted to come in, so we let her.  If a door or window was open, she'd find it.  We were so used to her just being here, either at our level, or on the roof.  It's so strange not to hear the little tick, tick, tick of her walking across the iron above us.  It's hard to believe that that wonderful aspect of our lives is so suddenly over.