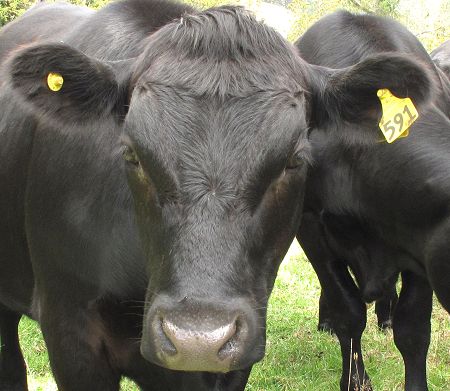 This is the steer which had a head injury when he was a calf. He's now 17 months old and lives on a property a few kilometres away from us in Victoria Valley, along the main road.

We went to see the 17 steers we sold last year, because it's always nice to see how they grow out - although this year they're not quite as well-conditioned as they would normally be, because feed is short in the drought. 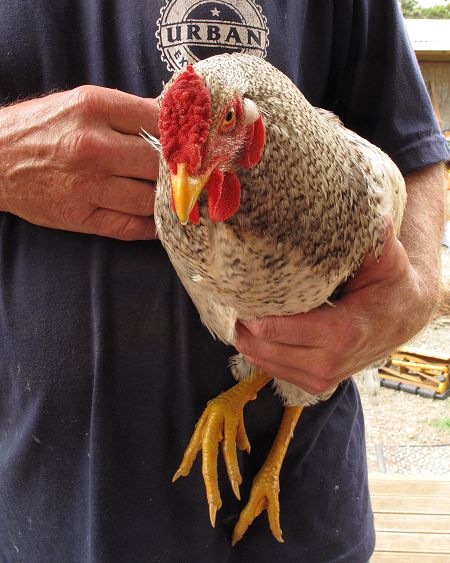 Goodbye rooster. This is one of the four roosters from the clutch of six eggs the little bantam hen hatched late last year. We ate the fiercest one a couple of weeks ago, and now it's time the others went in the freezer. 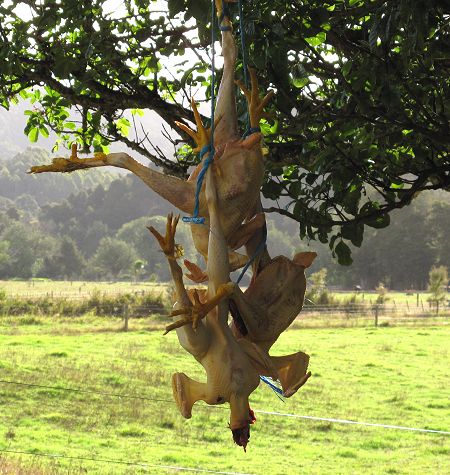 After dispatching them and plucking, Stephan hung the three bodies from the washing line until he was ready to finish processing them in the kitchen.

If you're only accustomed to seeing commercially raised meat chickens, these will look very scrawny, but they do have as much meat on them as they ever will, and make very good eating. They don't have as much fat as commercial chickens and their meat is not quite as softly tender, but we prefer the active bird's meat to that pampered, soft, pale sort. We also know they were out happily eating grass and insects an hour ago. 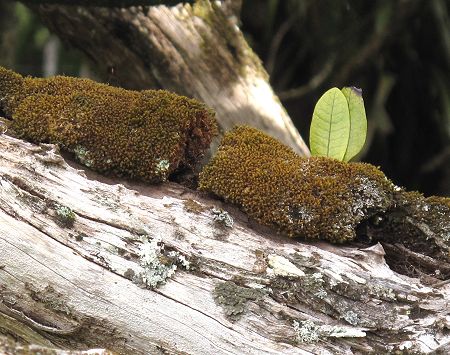 Dry, dry, dry. Presumably these mosses are still alive, although it looks a bit hopeless, as the clump has broken apart as they've shrunk in the crispy dryness. I think this is the same branch I photographed in 2007.

I went to a Neurological Foundation event today called The Northland Brain Train. "Discover the wonders of the human brain and learn about the latest neuroscience research into brain health and brain disorders." It was coordinated by the Tiaho Trust.

Neuroscientist Dr Maurice Curtis from the University of Auckland spoke about the effects of physical and mental activity on the brain, and then answered a number of questions from the floor. After a break for morning tea, representatives from various groups spoke either about the work of their organisations or the details of the conditions or disorders they existed to support people through. I found the woman from the Epilepsy Association particularly interesting, partly because she was a very animated speaker, but also because she presented some information about epilepsy of which I'd not been previously aware. She talked about children with undiagnosed epilepsy who appear to be daydreaming, but are actually "absent" for short periods, after which they have no idea they've missed something, and when such seizures happen in school, their teachers may form the impression that the child hasn't been paying attention, leading to antagonistic relationships between student and teacher! There was some suspicion in our family concerning a child some years ago, but because the absences were short and passing, we didn't think about the possible implications.

I was also interested in hearing a woman from the Brain Injury Foundation, bearing in mind this week marks a year since I was knocked onto my head by our aggressive ram!

Stephan was out doing trap runs at Whakaangi today and returned with the sad news that the two Kiwi chicks which were hatched by the bird Stephan held, had been killed, probably by feral cats. 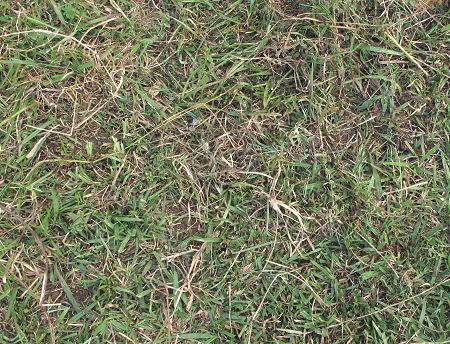 It's green, but it doesn't grow. This is probably pretty good pasture for Northland this year - in other places, it'd be grey, or gone.

I spent the morning in town at a Time Management Seminar, presented by Robyn Pearce and James Parsons of www.gettingagrip.com. If I manage to catch up to date with these pages, you might presume I learnt something. 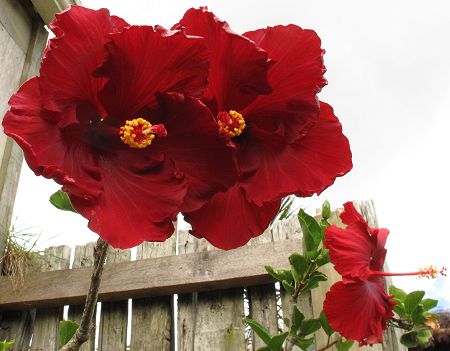 My sister Rachel gave me this Hibiscus plant many years ago, back when we were still living over in the bush house, our draughty, barn-like dwelling with the wonderful views, bath in the lounge, no electricity and when I used to cook.

I planted it when we moved over here, but the sheep tried to eat it, so I repotted it in a large pot and kept it in the greenhouse for a long time. I planted it outside again about three years ago and this year, after looking really sick during last spring, it has flowered prolifically. I adore the colour of the flowers and regularly pick them to sit on my desk beside the computer.

My grandfather used to breed and propagate Hibiscus, which he grew all around the boundary of the Pamir Motel in Coopers Beach. People would come from far and wide to take cuttings of his plants. My father bred one he called Ruth Elizabeth, but sadly I failed to get a cutting to take, and I think the plants have all been cut out of their original locations. 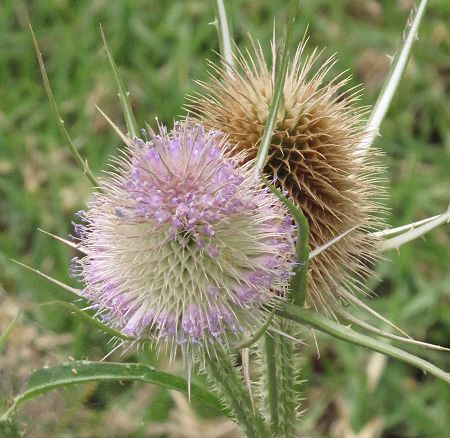 Teasel flowers are as pretty as their seedheads are striking. Still don't want them growing everywhere though. 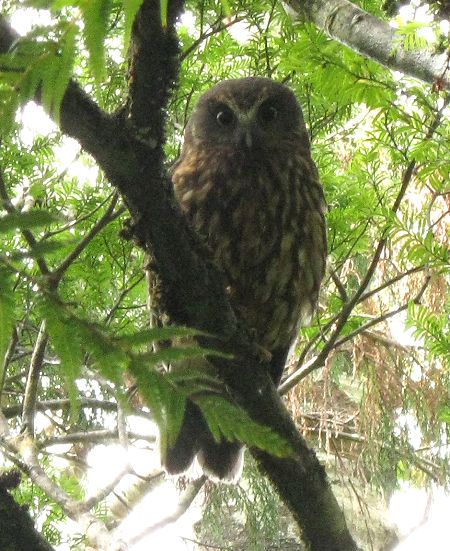 Stephan was out trapping today and discovered he was being quietly watched by a Morepork, or Ruru, the small native owl, Ninox novaeseelandiae. 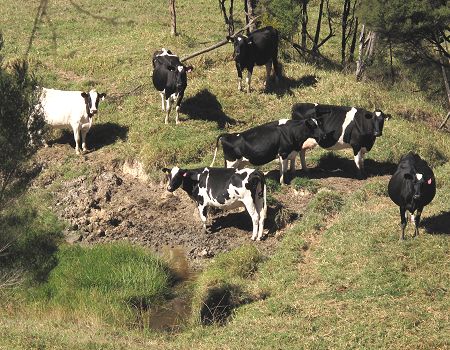 These cows were in a paddock further down the valley. Low water levels in dams on farms are becoming a significant problem, with some farmers running out of water before they've run out of grass for their stock.

We are exceptionally lucky that our streams continue to run, and that water wells out of the hills in so many places around the farm. 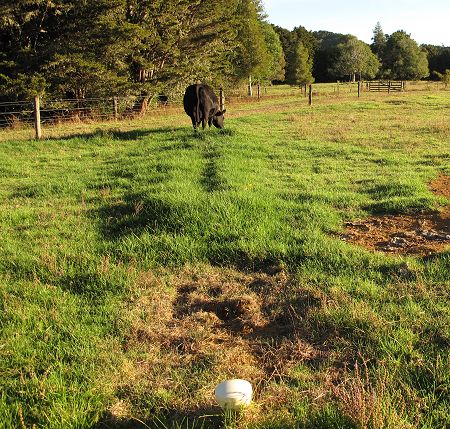 I put Imagen into the bottom of the House Paddock this afternoon, because there's some grass!

All around Northland one can see this particular pattern: a white plastic "mushroom" ventilator for a septic tank and then lush green strips of Kikuyu where the soakage lines go out from the tank. The brown grass just behind the mushroom is over the top of the concrete tank - not much moisture in the shallow soil there - and then the two ridges of longer Kikuyu probably indicate the plants which have their roots deep down beside, and no doubt into, the drainage metal which forms the soakage channels. The tanks retain all solid household waste matter, and the "grey water" is designed to seep out into the soil via the drainage channels. The tanks are pumped out every three to five years. When there's not much rain, the systems work very well; in very wet weather when the ground is saturated, not so well. 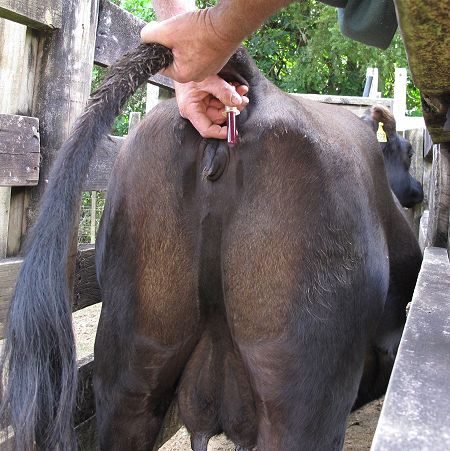 I brought all of the cattle in today, weighed all the calves, and took blood samples from eleven cows and the six little bulls. The cows are to be tested for Neospora - I selected representatives of families not previously tested, and any individuals about which I'm at all suspicious. I'm also going to have three of the cows tested for BVD, because I've wondered if we have a problem this year and I'd best find out. The bulls have to be tested for BVD and EBL if they're to be sold for breeding (I expect both tests to be negative) and I'll also have the two Irenes' calves' Neospora antibody levels checked, to see if our treatment experiment has had any effect.