Firstly thank you to the three readers who promptly diagnosed Raynaud's syndrome/disease after looking at my strangely frozen fingers in last week's page! 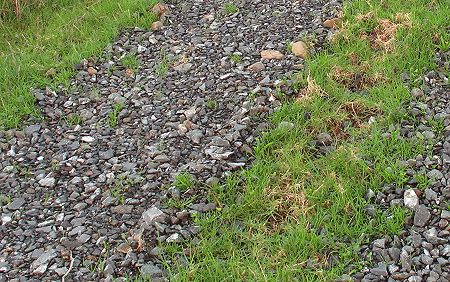 On a discussion forum to which I contribute, a question was once asked and never adequately answered and it was, why do farmers routinely use herbicides on their farm tracks? This illustrates the answer: if we don't spray this grass, it will grow right over the top of all the lovely new metal, and when the Kikuyu has grown over, it will create and gather beautiful soil beneath it which will cover all the stones as if they were never there. 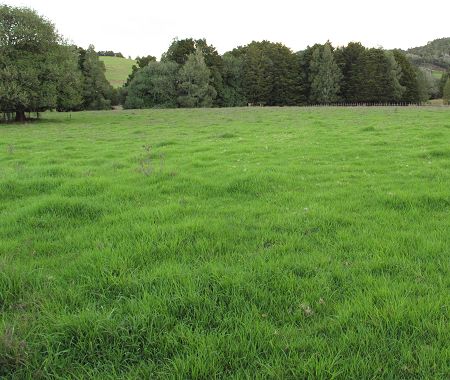 The grass is still growing very well. We've had the occasional five degree (Celsius) overnight low, but the ground temperatures will still be very comfortable for the Kikuyu, so it's making the most of its growth opportunity and making the paddocks look much better than they have for most of the summer. 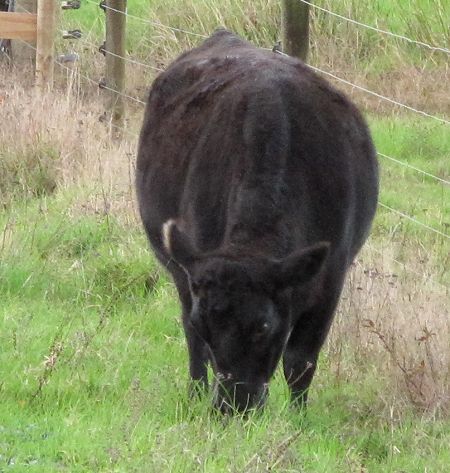 Can't see her ear tag, but I still know it's 528, my blond-eared cow. Her sisters are the two white-faced cows.

Fine at last today, and reasonably mild, despite a south-westerly breeze. Later in the day I heard a lone cicada struggling to start up a song! The long, mild autumn is obviously confusing some creatures. 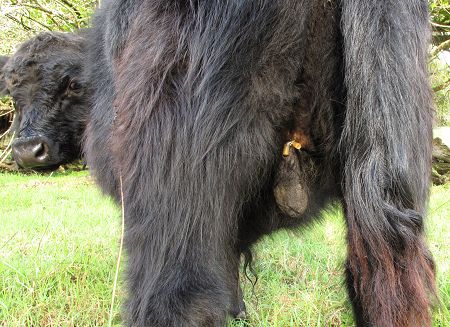 Isla's son, with his shrinking scrotum after castration nearly three weeks ago. It will eventually drop off, and thus we make a bull into a steer. 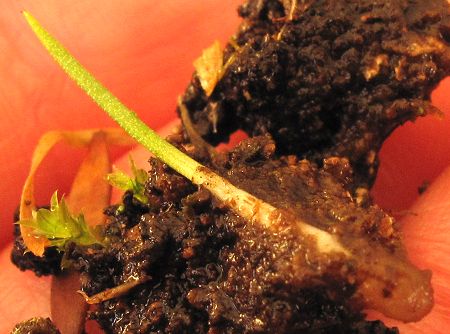 Another tiny orchid plant which just sort of fell out of some soil into my hand, so I put it into a pot. I think this one is a sun orchid, having the right sort of leaf.

It is not legal to sell such plants, so my propagation attempts are entirely conservatory. 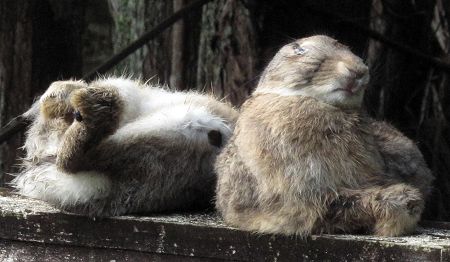 I went up to find something in the big shed and this odd creature caught my eye. It's a frozen rabbit, or two bits of one, left to thaw out ready for Stephan to take it out on a trap run.

Hares and rabbits make great bait and they're often victims of cars on the roads, so when we see them, we pick them up and bring them home. There's all sorts of stuff in our freezer!

When other people see us picking up road-kill they cheerily wave and we wonder what they're thinking. We're always ready, should they stop, to tell them times are hard ...

Jill came up to stay and took us out to dinner at ... the Beachcomber. We seem to have made it our "regular" these days. It's comfortable, the staff are friendly and pleasant, the food's good.

Tuesday the 1st of June

Jill came out for a walk to see the heifers with me this afternoon. When I pointed Zella out to her she said, "on whom all your hope of Cheese is founded". Such a shocking pun from a woman of the cloth! 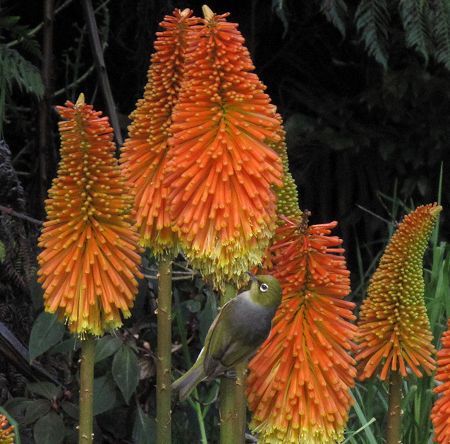 In Jane's driveway next door grow a number of these Red Hot Poker plants and the Waxeyes, Zosterops lateralis, are all over them, drinking their nectar.

They're subtly coloured, pretty little birds and they seem to be far more numerous than in previous years. I suspect that Stephan's trapping and poisoning of rats in particular, may have made an impact on the bird populations around the farm. A flock of about twenty of these birds is regularly flying into the remains of the tomato plants outside the house and pecking at what's left of the fruit.

There is also a small population of brown quail which I have seen on a number of occasions in the last few weeks, surprisingly close to the house considering we have a Finan cat. 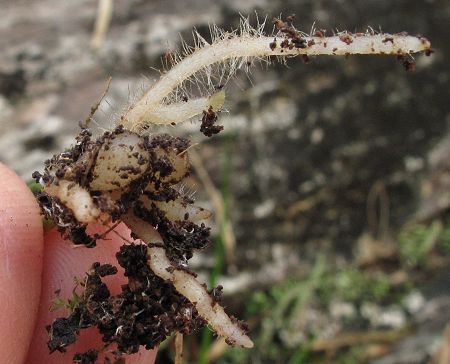 Orchids are fascinating plants. These two were growing at a little distance from the main colony of plants, and I wonder if any of them are the result of my shaking seed around a couple of years ago when I first discovered them? If the correct fungi they need to germinate were present where the original plants grew, I can't see why it shouldn't be nearby in other similar locations. These two were in an odd spot where there was little soil and they were loosened as we weeded the Kikuyu grass from the area.

I won't be attempting to move any more of the plants, because all of the others are settled together, or in places it would be impossible to extract them from without major disturbance, which is definitely not my intent. 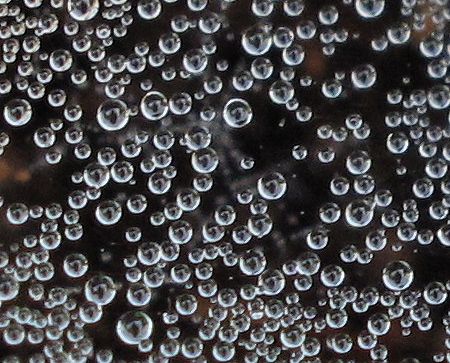 Tiny water droplets on a spiderweb amongst some rotting wood. The early morning was quite misty and so the water gathered. 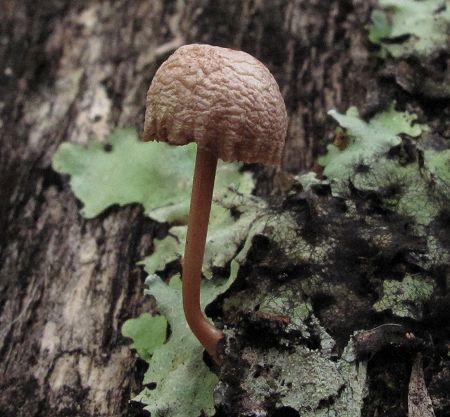 Today was a sparklingly fine day and I had a visitor for lunch. Gaye Simms, whom I met at the Field day last week, had written to me a couple of years ago after hearing a repeat of the radio programme Country Life, for which we'd been interviewed. It wasn't until I arrived at the Field day and Gaye introduced herself that I remembered that contact and the reason for my familiarity with her name.

We had lunch, as previously prepared by Stephan (I did get good staff!), and then went out for a ramble around the farm. We had a lovely, ranging conversation and walk.

This is a tiny toadstool, growing on the trunk of a Kanuka tree.