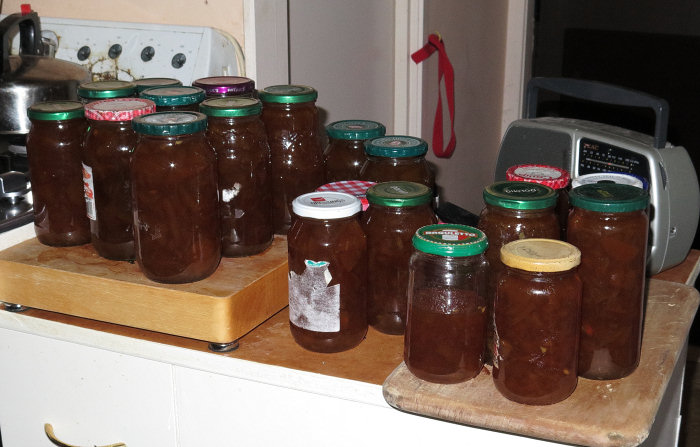 Twenty jars of marmalade on the bench this morning!  And I can't eat any of it: blasted blood-pressure medication.  Stephan won't get through all of it on his own so guess what sort of take-home gifts will be going out of here for a while. 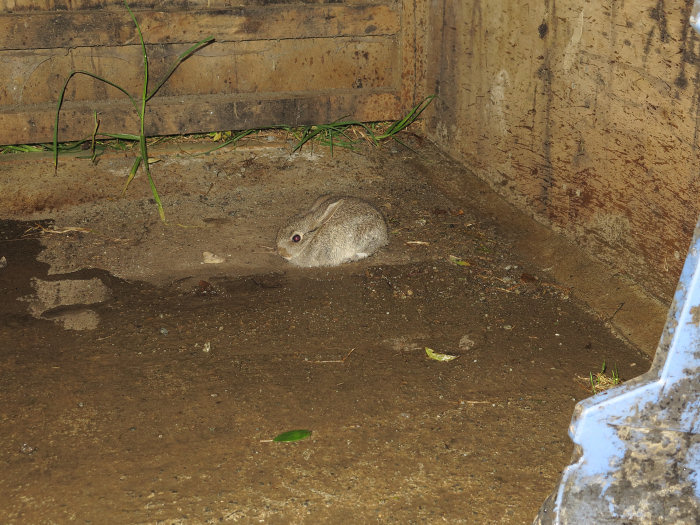 Stephan lifted Zella's blue bin this morning to give her some molasses and found someone sheltering underneath.

Ten-year-old Jacob from next door rang this morning, just as I was about to go out and get the bulls in.  He arrived within about two minutes, streaking up the driveway on his bike, in such a hurry to get here he'd not even stopped to find a pair of boots.  Fortunately we have a gumboot library.

We walked for a while and then got a ride with Stephan who was out checking fences again; he took us out to where the bulls were grazing so Jacob and I could walk them back in.  Working out how much animal sense anyone has is always important and so we had some serious conversation about bull behaviour and how to behave around cattle in general.

Once the bulls were in we had a bit of lunch, just bread, cheese, butter, etc. but Jacob was terribly impressed that everything had been made by us.  Then we spent a little time in the aviary feeding the birds before he went home.  His mother and I talked afterwards, when I rang to ensure he'd arrived safely home and she said he was effusively enthusiastic about the whole experience!  I found it all very entertaining: bright, curious, articulate children are good fun to have around. 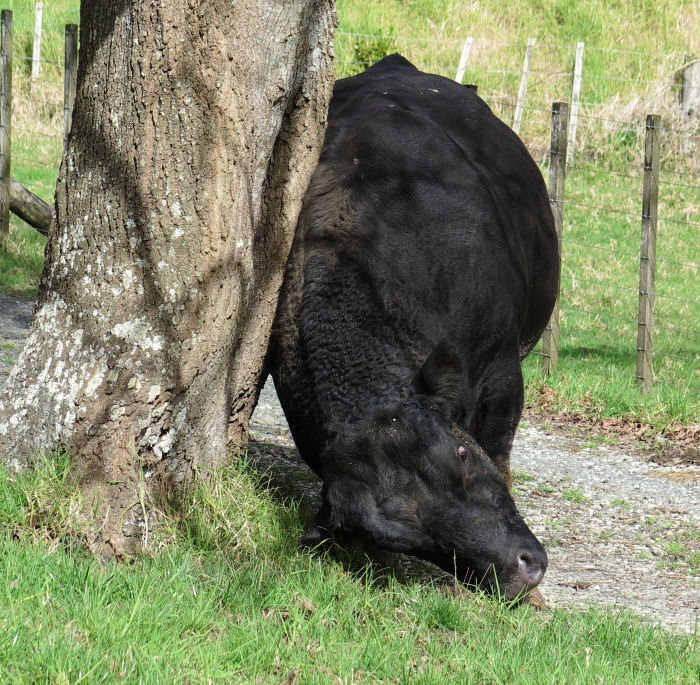 Then Stephan and I went and attended to the bulls, putting them up the race so I could inject copper into their necks.  They have to be worked in careful order because we've learnt that the big bull will shove anyone else up the race in a potentially damaging way, so he needs to go in alone, usually last.  He's generally exceptionally well-mannered but he is big and strong.  Middle-sized 138 is a bit nervous, so needs to stay with the two smaller bulls and doesn't currently shove them if they're in small spaces together.

Afterwards I watched Mr 87 having a lovely rub on the Oak tree, possibly to relieve the sensation of the injection in his neck, or just because he, like most of the cattle at this time of year, has some lice and possibly already some ticks.  Watching that huge head and neck moving up and down against the tree is very impressive. 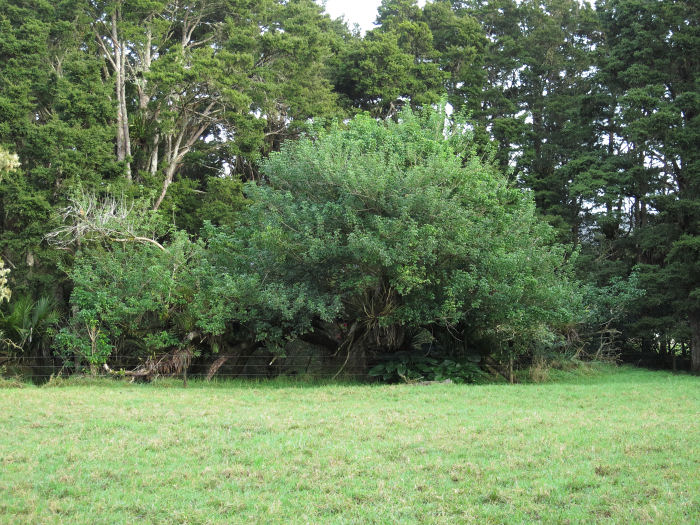 This is the Puriri whose last bit fell down in 2007.  Puriri invariably regrow from whatever bits are still attached to the roots, or which plunge into the earth sufficiently for them to grow new roots. 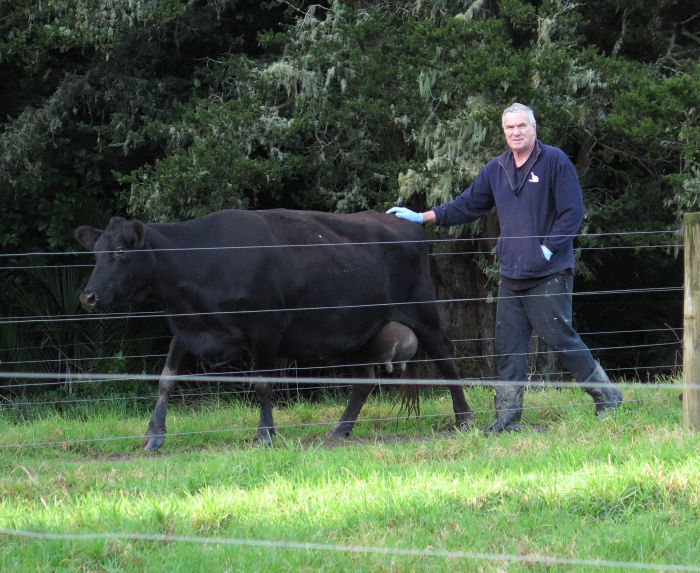 We had been considering drying Zella off last week but had not started freezing milk early enough for then and besides, the grass is still growing (unusually) and she's holding her condition still.

Part of the reason for getting on with stopping milking was so we could shoot off down to Auckland for Jill's 80th birthday.  But when three of Jude's friends kindly went to celebrate it with her on Sunday, she didn't even think she was having a party, so I concluded she'd not remember if we'd been and wouldn't notice if we didn't, so we won't. 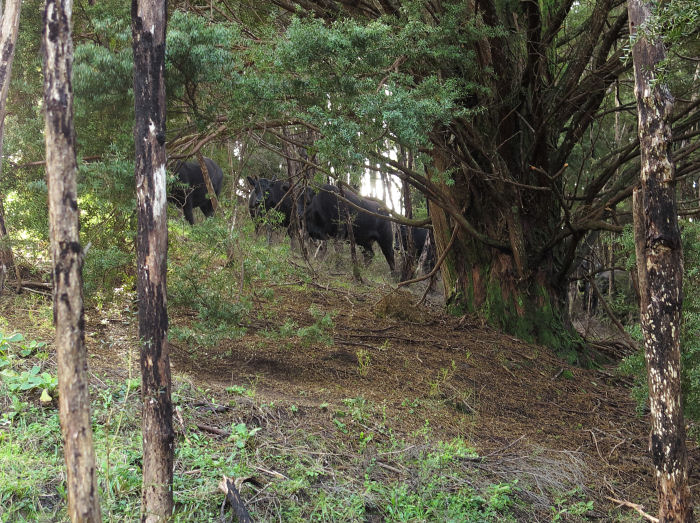 It's nice having a "retired" partner, who can help move cattle and enjoy leisurely walks finding interesting things around the place.  We walked up the face of the Spring paddock hill and then I called the pregnant heifers down through the scrub on the other side as Stephan pushed them along from behind, so they could go into the Middle Back.

This is the southern side of the Spring hill, mostly covered in regenerating scrub, with a few little pockets of grass.  Some of it needs to be cleared and restored to pasture and the steeper bits which drop down into a small water-course will be left treed and, at some point, fenced. 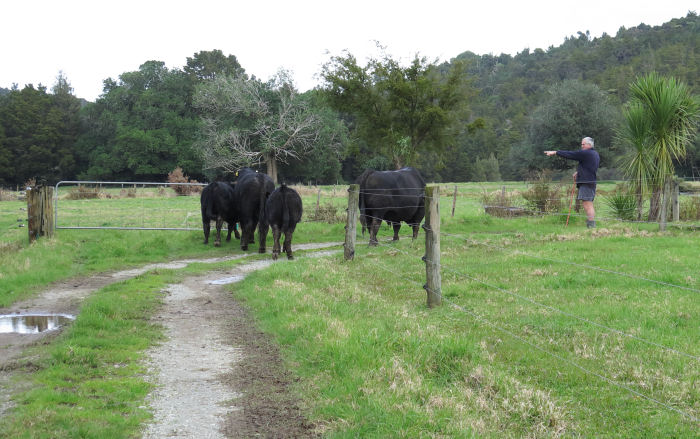 I've tried to keep chemical use as low as possible around here but recently I've been looking at the younger cattle and wondering if I ought to help them deal with their intestinal parasites a bit more.  So I bought a combination worm drench, a new pour-on formulation which has less sensitivity to rain falling after it is applied, which is a common problem at this time of year.  It doesn't affect Liver Fluke but I think we may have got on top of that problem by managing the Copper supplementation better.

Today we took the bulls back to the yards and managed to weigh them all - the big bull is tricky to get on the scales platform because he's so long; but because he's also so quiet, I could partly open the little gate in front of him so he could put his head forward a bit and get all four feet in the right place: he weighs 890kg.

With a strip of drench along their backs, they went to graze the small river-bank area near the house, but had to be directed to the gate. 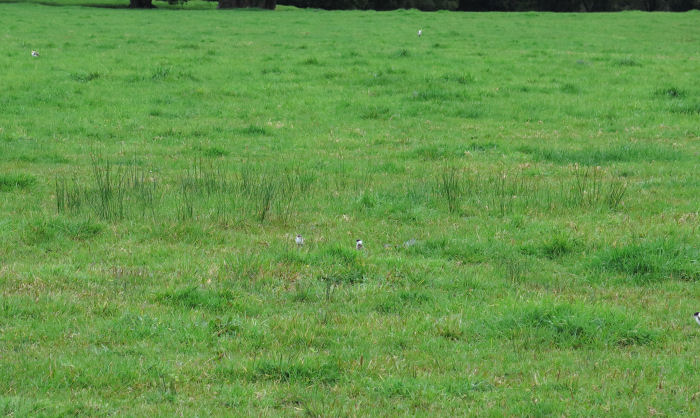 A Spur-winged Plover family on the Windmill Paddock, two adults in the background and three tiny chicks. 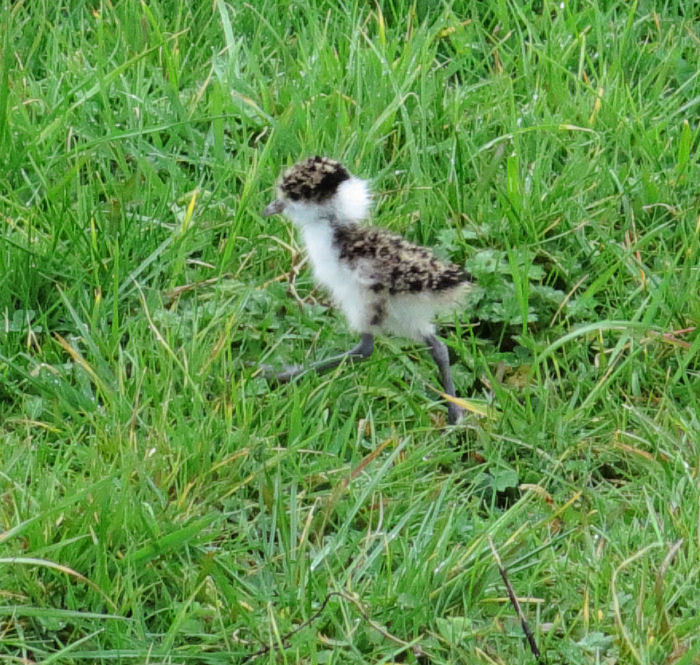 When very young, the white fluffy bit on the back of the neck is quite prominent.

This one was making a run for it, being a little way away from me. 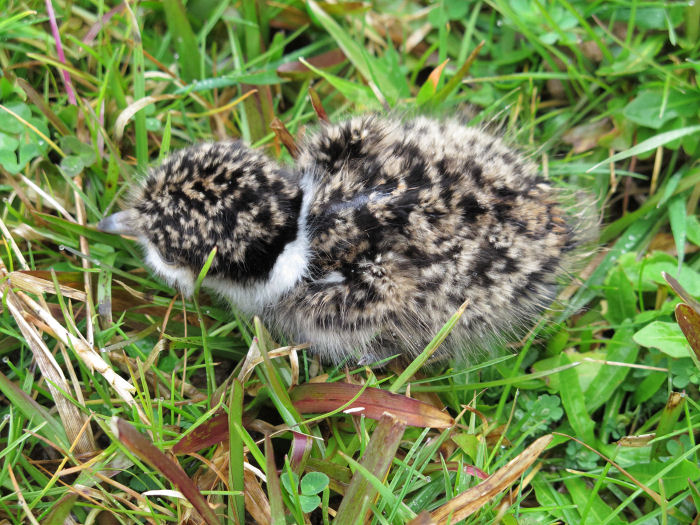 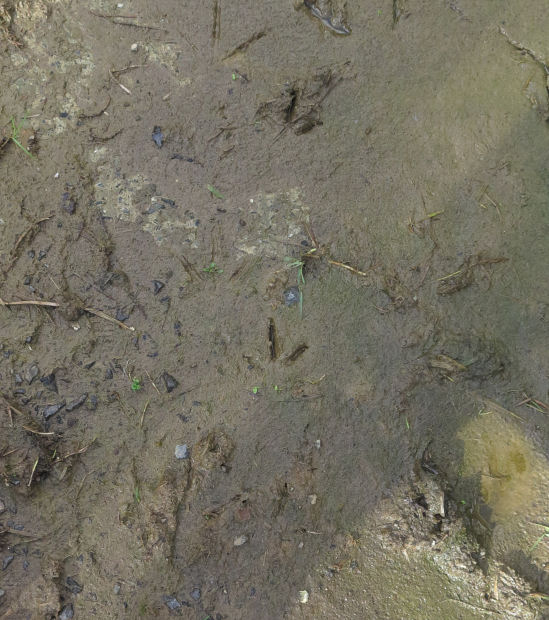 I don't really know what to think about these prints.  They were in the mud on the concrete of the crush pen in the yards and the smaller prints are exactly the same as all the prints I see out the back of the farm and presume are made by Kiwi.  Can this really be so here?

I understand that the neighbour's dog killed a Kiwi in their garden some time ago (I cannot even begin to express what I think about that!), only a few metres away, so it's not impossible.  I set the trail camera up to watch the area for a few nights but didn't see anything interesting. 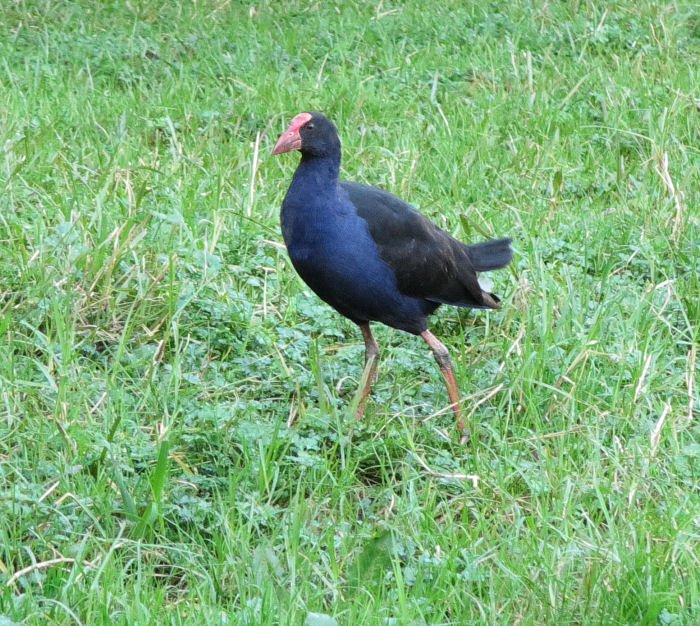 Riding slowly home along the driveway, this Pukeko started to follow me.  So much curious bird behaviour!  Perhaps it's one I reared, returned?  Or one I've talked to so often when passing that it just comfortably moved in the same direction as me, rather than running away?

By 2pm today our eight hens had laid five eggs.  The day length must suddenly have changed enough for them to swing into action again.

I put the new drench on the yearlings this afternoon, so will now watch and see if that has the desired effect on the consistency of what's coming out their rear ends; some of them are very loose and there are a couple of quite dirty tails.  Good bovine faeces are usually quite firm but intestinal parasites and some other problems can make things loose and messy.  Their weights weren't too bad, the lightest, Demelza's daughter, was 272kg and the heaviest heifer was 318kg, the average for all nine being 299kg.  The two steers were 310 and 342kg.