After two inseminations early this morning, we set off for Broadwood and the North Hokianga A&P Show.  We'd decided to take Spice with us, since she needs feeding every three hours.  She spent the first two hours of the show asleep in the ute, before it got really hot and she couldn't stay there any longer.

My first interest was, as usual, the cattle judging area, although I tired of it sooner than usual because it was so blisteringly hot!  Imagine bringing black cattle here!

We fetched Spice and met up with Chantelle, Mike and the boys and headed off to see the wood-chopping competition, sitting in the shade of huge trees while we watched and ate our lunch. 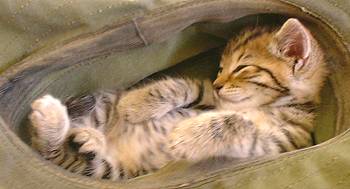 We watched a bit of the shearing, but again found it far too hot to be sitting out in the sun.  So we wandered off to the indoor section, to find that my pottery entry had been awarded a third prize.  I'd had to borrow it from Muriel for the day, to whom I'd given it last year as her sugar bowl.

I forgot to take a photo because I was too distracted by carrying my sleeping baby, who was attracting fascinated attention from those I passed.

Finally we managed to be in touch with the fertilizer spreading people at the same time that the wind wasn't blowing and it hadn't just rained and made the tracks all soft and muddy!  Don came out with the rest of our fert and spread it over even more of the farm than we've ever done before, this time by tractor and trailer, rather than the usual truck spreader.

Later, in the cooler part of the day, I brought the cattle which are out with Virago Arran 20, in to the yards and weighed and drenched the calves.

Each year the herd here has become blacker than the year before.  At present, the last of the red coloured cows are in the cull mob and won't be here much longer.  There are still some brown and grey-ish cattle, Fuzzy and those daughters of #16 who've carried that strong colour through.  Eventually even the white faces will be gone.  It's sort of sad in one way, but also rather satisfying to see the herd gradually transforming according to the long-term breeding plan.

When I'd finished, Stephan and I put them over the road onto the hill again. 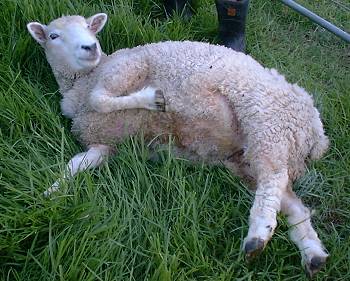 As we walked in from the road, we surveyed the 17 sheep in the neighbours' paddock and spotted Dotty with a big dark patch on her shoulders: flystrike.  Stephan fetched the fly- and maggot-killing powder and we made her more comfortable, then had to treat Damian as well, who had a vast blanket of eggs laid in the wool on his lower back, fortunately not yet hatched.

He seemed quite happy to recline and waited to be helped back to his feet after the treatment. 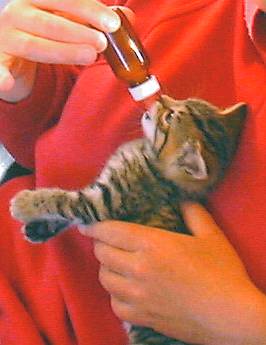 Feeding the baby.  Why are there always hazards in this sort of thing?  With calves it's having one's feet trodden upon, with kittens it's being savagely scratched and bitten!  Spice feeds quite happily for a while until she's nearly finished, at which point she has launches what feels like some sort of mortal attack on the bottle with her claws!  I might have to find some leather gloves. 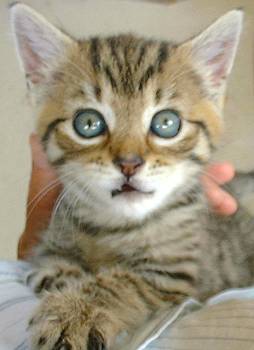 I thought I'd better try and get some photographs of the changes in Spice's eye colour.  She is now able to see much further than last week and the middles of her irises are changing to a greenish colour, from the former baby blue.

Getting a focussed photograph in the midst of all the frenetic movement is a challenge: this is the best of my attempts this morning. 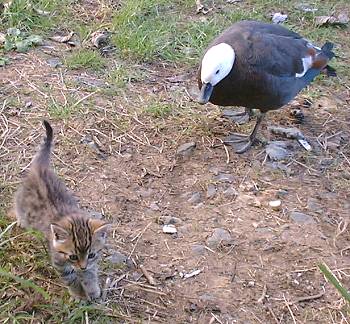 This afternoon, Spice met Ngaio.  It soon became obvious which of them would be dominant! 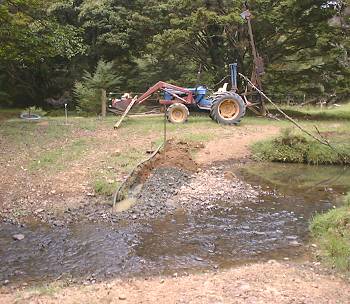 Stephan got on with some lane-fencing this afternoon, which first involved a job he has had on his list for, oh, a number of years: burying a section of water-line where it crosses the stream.

The lane fence has ended just behind the tractor since he and Daniel worked on it almost two years ago.  With the aid of some electric fencing tape and a few standards, we pegged out the next section of the lane, working out where we'd need gates and bits of railing, to take account of the terrain in the area and ensure good cattle movement. 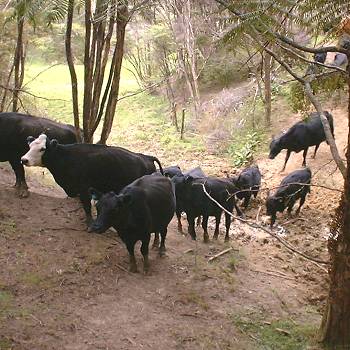 Leaving Stephan to his heavy work, I went off to move the cull cows and their calves from the PWTHWTSFI - Paddock With Two Holes Which Three Steers Fell In - otherwise simply called PW.  (This always brings to mind Pooh Bear, and Piglet's "Trespassers W" sign.  If you don't know what on earth that's all about, you'd better email me for some story-telling!)

We walked all the way along Route 356 and over the boggy place which still exists below The Hole (where 356 spent all those long, muddy days) and up to the gate into the Middle Back paddock.  I looked through the gate at the lovely lush grass ... and the wheel marks!  I had completely forgotten that of course it hasn't yet rained since the fertilizer went on the other day, so the cattle couldn't use that paddock.  So we walked up the hill a bit further, to the top gate to the paddock next to the one they were in, into which they could have been shifted through the gate down near where Stephan is working!  Curses on a dreadful memory and absent mindedness!  Still, it wasn't an unpleasant walk.

Chantelle popped out to visit this morning and a little later Jill and Bruce arrived with Michael and Bridget who are on holiday from England.  It occurred to me during our lunch conversation, that before Chantelle had left we'd had five Campanologists on the property!  I claim a world first for Diggers Valley, since I think it highly unlikely that such a gathering has ever happened here, or even in the Far North, before!  A Campanologist is a bell-ringer, a term usually applied to people who ring the large bells in church towers.  Jill used to visit towers and ring on family holidays when I was a small child - there are seven (?) working bell-towers in this country.  When I first lived in Auckland I went to St Matthew-in-the-City and was taught to ring the bells, progressing to some interesting change-ringing (where all eight ringers are working to a prescribed pattern, a bit like a musical score).  It was a really interesting pastime, saved on gym-membership fees (since I used to cycle to and from the tower for ringing events and the act of ringing is reasonably physical) and gave one an automatic introduction to any other tower one visited.  I rang in Hamilton for several weeks and once in Christchurch.  I didn't manage to ring anywhere in England when I visited: sometimes I'm actually quite shy.

After Stephan arrived home, we went for a walk up the road to move the cows and calves and Arran from the hill paddock to the small and very grassy road-side paddock.  Because there were several of us, we were able to open both gates and just let the cattle come tearing down the hill and straight across the road.  When Stephan and I do this alone, we tend to call the cattle down to the gate first, check they're all there, then move them across the road, to get them off the road in the shortest possible time.  There's greater safety in numbers of people - to warn oncoming traffic and to remain on the road if one of us needs to go up to look for stragglers.

The problem with calling the cattle down to the gate is that they come down the hill so fast that they find it quite difficult to stop in time at the bottom, so often there's a bit of a pile-up and I don't like them trying to become minced beef ahead of their time!

We also went for a quick trip to town to have a look at the indoor section of the A&P show, which had been judged during the morning.  We only entered four classes, but had wanted to make at least a token effort.  We're not doing the Small Animal Show this year, having very few small animals of our own left.  We've felt rather overwhelmed by all we've had to do this summer, so decided that something needed to be removed from our schedule and the A&P involvment was the thing we let go.

After a wonderful roast lamb/mutton dinner (another of the joints from the spit-roasted sheep which wasn't eaten at the party and are proving exceptionally good eating now) we took our visitors out for a look at our private Glow-worm Grotto.  Ngaio came along with us, trotting around everyone's feet and getting confused by the torch beams.  When we returned to the house, Ngaio didn't come all the way home, so as soon as the visitors left, we walked back to collect her.  She seemed unwilling to come with us and when I approached her, flew away!  We didn't follow her with the torch light for fear of disorienting her, so couldn't be sure where she might have flown.