The Beginning of January, 2003.
Wednesday 1st

No photos, just loads of people sitting and lying about the place in a stupor as we all coped with not having enough sleep the day/night before.  Except for Daniel, of course, who had a normal night's sleep after leaving us all well before midnight on New Year's Eve.

Jude, Roger and Stella arrived to stay for a couple of days.  (Oh, and Phoebe, dog - exit Cattin for several worrying days.) 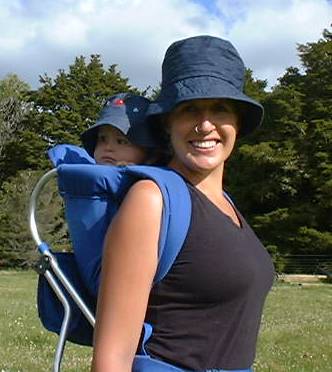 We don't go in for baby pictures much on this site (if they don't have black hair, feathers or wool, of course), but this is a sight not often seen... 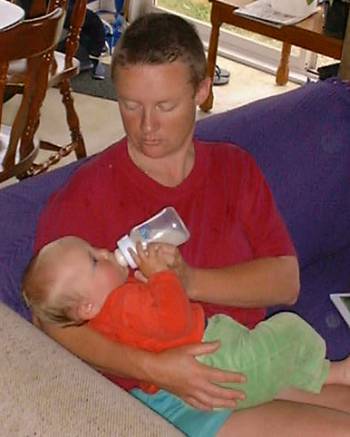 Stella was weaned from breast-feeding a couple of months ago, so now has a milk-formula as well as various solid foods.  This baby didn't 'bunt' the bottle as much as the lambs and Crispin did!

We have been having so much rain during the last few days.  We don't expect it in the middle of summer and we don't need it and we're absolutely sick of it!

So we had some more rain - much, much more. 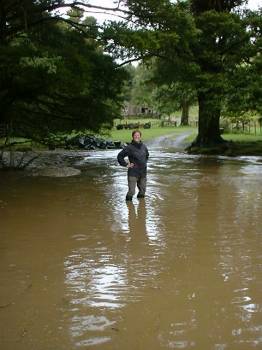 I tried encouraging Gisela to create a better action shot by going further in!  (Then I had a moment of panic when I thought she might take me seriously.)

There are all sorts of strange things in our garden... 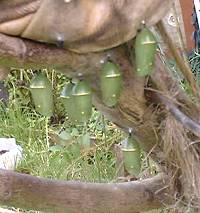 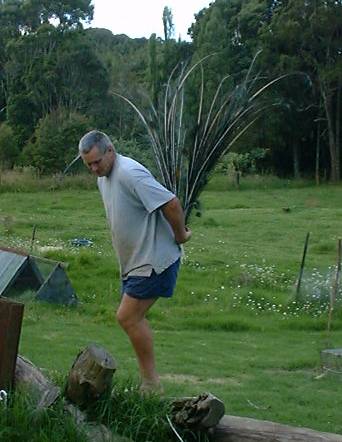 Gisela took the ducklings for a swim.  We put the mother hen on the board across the top of the bath so she wouldn't panic about where her babies were and they seemed calmer with her there. 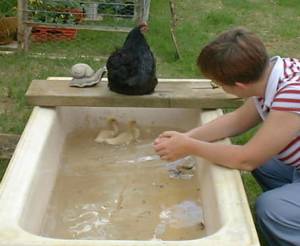 Getting the babies out again was a bit of a problem - they're not very happy about human contact, since we've been leaving their upbringing to the hen. 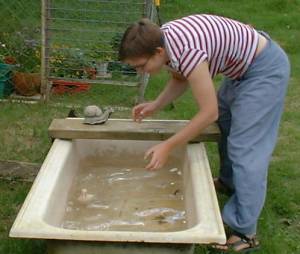