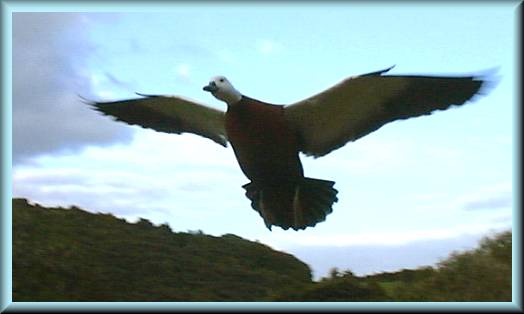 We went out to the bottom of the Mangamuka Gorge to attend the opening of the pottery gallery of Magda Cotman.  She hand-builds her pots (as opposed to throwing them on a wheel), fires them the first time in an electric kiln and then refires them in sawdust, which leaves them with the most beautiful smoky colouring. 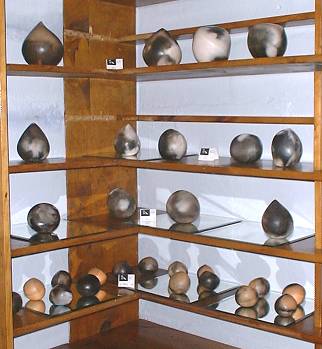 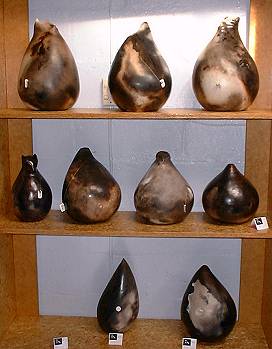 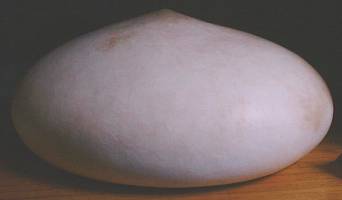 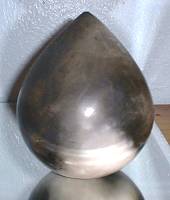 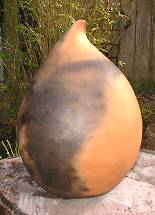 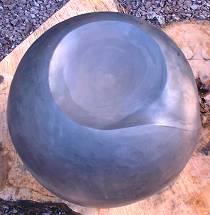 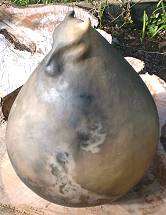 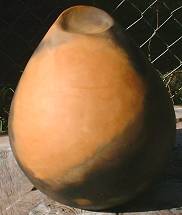 If you're travelling north over the Maungataniwha Range through the Mangamuka Gorge, look out for this sign at the bottom of the hill ...

Looking at any coffee-table picture-book of Aotearoa-New Zealand might lead you to believe that this is what most roads here look like most of the time!  I haven't been in a vehicle driving through sheep for years and years.  I quite like driving through cows, because I'm nosey and like to get up close to other people's stock.  Then again, maybe I just like being in the middle of animals, they're much less scary than people!

Steer 356 has been continuing his recovery from the January disaster, his side-wound now having closed up completely, needing now only to be recovered with skin.  I suppose, strictly speaking, that that's not actually closed, but compared to the gaping hole which opened up in February, it's remarkable. 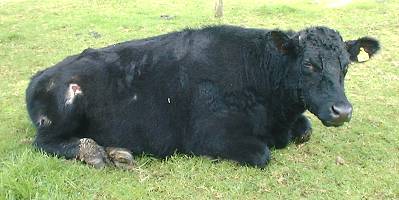 Comparing his posture with that on the 2nd March when the wound first opened up, it's obvious how awfully uncomfortable he was then and how much closer to normal he is again now.

He has gained around 150kg since he was at his lightest weight.  An injury to his left foot left him lame and sore on both sides for a while, but lately he's been almost running with the other animals in his mob - firstly the stud bull calves and their mothers, and in the last few days the 11 weaner heifers.

Below some Mynah Surgery (through the binoculars and kitchen window)!  I've noticed these birds having a peck at the steer's wound for the last couple of months and hadn't worried much about it, presuming they were just cleaning up and nipping off bits of dried blood and so on.  I went out to check him after this and discovered that the bird had actually been having a rare beef steak feast!  It had pecked into the wound and caused fresh bleeding.

I am now trying to work out a method of covering the wound so that the birds can't do this, but need something which 356 won't be able to easily remove either, without it sticking so well to the skin that it damages the newly recovered bits.  I may have to consider a bit of shaving to enable something to stick on and stay there.