After he pulled it out of the river, we were surrounded by the charming smell of the neighbour attempting to burn his dead cow.  I went out visiting for a few hours.

Liz, the vet, came back to administer the Leptospirosis vaccinations.  This is the annual booster shot for all the animals, as well as the first booster for the calves which had their initial dose last month.

I asked Liz what she thought about Isla's calf, Aidan 27, who has been scouring for the last few weeks, since he first began grazing on the new rye grass.  To begin with I thought he was just having an individual reaction to the new feed, but as he still has a very messy rear end, I'm beginning to wonder if there is more to this problem.  Liz pointed out that we ought to test for BVD (Bovine Viral Diarrhoea), as well as any particular internal parasite problem which may be present.  I'll watch him for another couple of weeks, then we'll do those tests.  Aidan is practically sold, but he won't be going anywhere if he's not completely healthy. 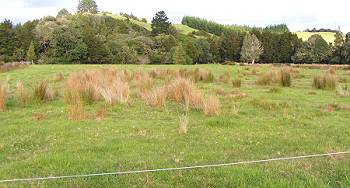 Over the last week or so, the rushes which Issa wiped several weeks ago, have suddenly died off.  He's done a good job on most of the large clumps, in particular. 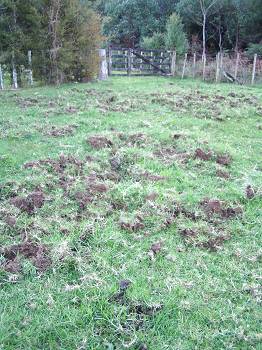 We're off for a bit of a break next Monday, so I went for a walk around the entire farm to check out the pasture cover levels in all the paddocks.  We obviously have considerable pig populations in residence again, judging by the large areas of rooting.  A couple of pigs have been hunted down out here in the last week, but there are large numbers of them around. 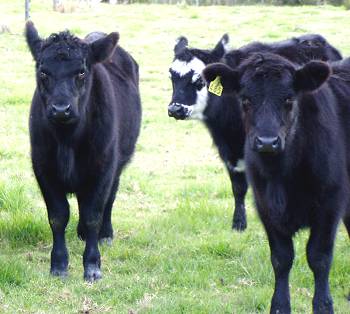 The little heifers are going around the newly sown paddocks, giving the grass its first grazing.  I love going out and inspecting them because they look so very good! 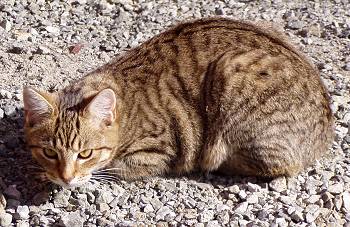 In case you were waiting to see what she looks like ... Spice!

I spent the morning drafting and shifting animals to the paddocks which would feed them for the next couple of weeks.  I planned to set-stock mobs of 12-15 animals over two or three paddocks, so they wouldn't require much shifting around during our absence.  I split the cows into two mobs: the fatties and those with less body condition, and sent them to two different areas of the back of the farm.  Six pregnant R3 heifers joined the bulls and Ivy, one steer and the heifer which was internally injured during mating went over the road to join those grazing neighbour William's property, as did the five empty cows which are due to be sold shortly.  The R2 heifers, eight of which are pregnant, as well as Ivy's R3 twins, went over the road to the most reliable feed on the farm.  It was crucial that they didn't get short of feed during our absence, since they must continue to grow themselves, as well as the calves they're gestating.  The twins went too, since Ingrid is not pregnant and I didn't want to split her from Ida, who would otherwise have joined Ivy and the bulls.  No wonder we don't go away very often!

We finally got away about three hours later than we'd hoped, meeting Nick (who was coming to stay while we were away) just down the road as we were leaving.

The trip: Tuesday the 13th to Friday the 24th

We spent Monday night in Whangarei, then headed for Cambridge on Tuesday, arriving at about 3pm to meet our hosts for the night, who were due to leave for an overseas trip the following morning, leaving their house to us, while we attended the National Fieldays.  The house has views to inspire awe and vertigo, and a wonderful spa pool for soaking one's tired body after a long day's work or walking. 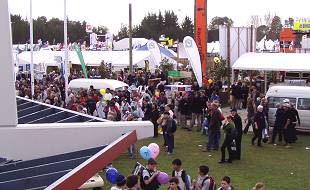 We had bought two days' tickets to the Fieldays via the internet, then had been given two more by Denise at RD1 (a rural supplies shop in town), so we had ample time to see all we'd planned.  The site is huge, with around a thousand exhibitors, ranged along huge streets and distributed through the various buildings.  There is everything from enormous machinery to gloves and socks.  We hunted out every vendor of any equipment for spreading seed, back-blades for the tractor, drench guns, and computer software for farm recording and management.  I've been hunting for a computer programme to suit my needs for some time and have shied away from the larger offerings which bundled together animal, cropping, pasture, and financial recording, because I knew I'd not use most of it, having many of my own systems in place, and the clutter of a lot of unused capacity complicates some programmes beyond my tolerance.  I happened upon a programme named Farmkeeper, which I've bought with a 30-day money-back provision, should I find it unsatisfactory.  So far it appears to do exactly what I've been looking for! 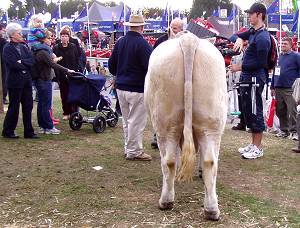 This was the nicest rear-view in the place ... wrong colour, but all the right shapes!  We went to catch up with Sue, who is a Murray Grey breeder from the Manawatu.  We met for the first time in person last year when we went to the National Bull week in Palmerston North and we knew she'd be at the Fieldays.

There were a few other animals around, including some ridiculously miniature Scottish Highland cattle; dinner for two?

We arranged to meet up with a couple of people who we've had contact with only through the website; it was really good to put faces to those we previously knew only in text. 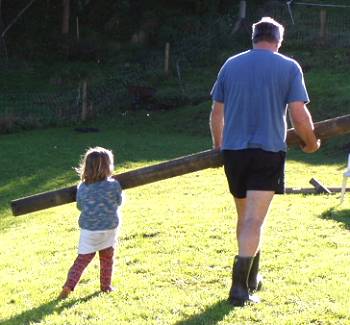 From the Fieldays we went to Whakatane to stay for a few days with Ella, Debbie and Michelle.  We haven't seen Ella for many months, so it was fun to spend some time with her - we even met her grandparents!

Stephan helped Debbie build a frame for a swing Ella had been given, with help from Ella, of course.

On Tuesday afternoon, in the middle of a rain storm, we left Whakatane and headed for Te Puke, just under an hour's drive north.  We passed through Matata in the dusk, with enough light to see some of the destruction caused by a storm three or four weeks ago, when huge boulders and debris came down from the hills and destroyed houses and created new river-ways where there had been none before.  There are gaps where there must obviously have been homes and gardens and the collection of boulders at the northern end of the town is astonishing: they're enormous, taller than people and wider than cars!

We spent the night near Te Puke (for those unfamiliar with Māori pronunciation, the name is said thus: the "te" is as the first part of "tent", not tea, and the second word has two syllables, the first as "poo", the second with the same vowel sound as "te") with some friends, then headed north again on Wednesday afternoon.

We called in to Waihi College to find a man who'd arranged to buy our spare bag of lamb-milk powder (via an advertisement on the lifestyleblock.co.nz website), then headed for Auckland.  We were expecting to be held up on the Southern motorway into Auckland for ages, bearing in mind that we were travelling along it just after 4.30pm, but were pleasantly surprised to find ourselves moving along fairly evenly and at good speed.

We dined with my family, visited an internet friend, hunted for things we needed to buy and can't get up here and, most importantly, attended the opening of Jorja Siow's Chinese Art Exhibition at the Stardome Observatory in One Tree Hill Domain.  Jorja is a long-time friend of mine and has taken up Chinese painting in recent years and had a great body of work to display.The exhibition lasts only until Sunday, but I am sure she will have another at some stage.

On our way back to pick up our gear, we called in to the Whitespace Gallery in Crummer Road in Ponsonby to see the work of Ingrid Boberg.  That exhibition lasts until 30 June, open Tuesday - Friday from 11am - 6pm and on Saturday, 11 - 4pm.  I have so many talented friends!