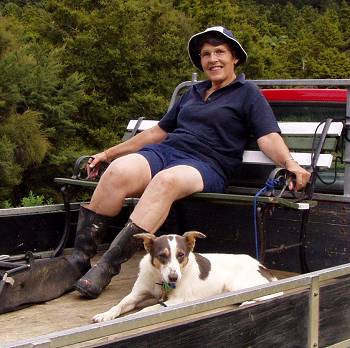 You might recognise this woman from the last page.  Jill looked like she was waiting to have her picture taken, so I took it.

My first internet auction listing having come to an end without a sale, I thought I'd better put some more thought into which heifers I wanted to sell and which ones I really could keep.  Because there's a two-month spread between the oldest and youngest calves, it's quite hard to compare them in the paddock and the older they get the better they look.  I did some records checking, then took Jill and Bruce out to the back of the farm to spend some time wandering amongst the stock, considering the calves.

Because I sent Arran 20 off to the works last year, this is my last chance to keep any of his daughters and I only have one pregnant yearling daughter (the other one, 494, doesn't appear to be in calf) from last year's calves. 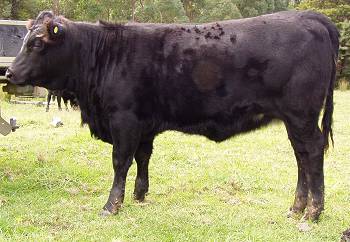 These three calves are all Arran 20 daughters:

539 has been a stand-out calf all the way through this year, having the edge over all the others in age as well as feeding!  Her mother is 371, a daughter of 46, a cow of unknown breeding, but which appeared to be a Friesian/Hereford cow, with an appalling udder.  A maternal cousin of this calf has a beautiful udder in this her first calving year, so I have high hopes for breeding the udder problems out of them quite rapidly. 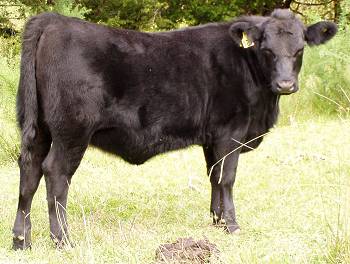 525, daughter of swamp-crawling 99, an eight-year-old cow who's produced some really nicely conformed calves, considering her mother was a dairy-cross cow and her sire was Albert, who wasn't a particularly correct bovine specimen.  I don't like everything about this calf, but she's good enough to keep and see how she turns out. 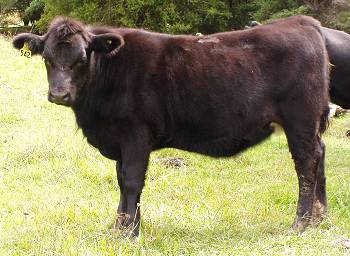 542, the water-baby.  There's something not very pleasing to the eye about this calf, rather like her mother.  Perhaps I should get rid of both of them except that production-wise they're doing very well and I suspect that this calf could be worth persisting with. 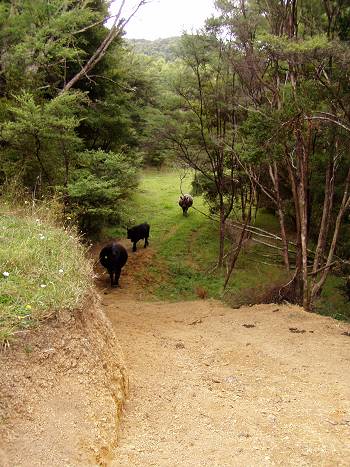 This is a bit of a track which runs around the bottom of the Back Barn Paddock, on the way to the Middle Back.  When I took the photo, I was thinking how nice it is to have some individuals in the cow mob who will take the lead in following my calls to move from wherever they are to wherever I next wish them to go!  It was 418, my favourite, in the lead on this occasion. 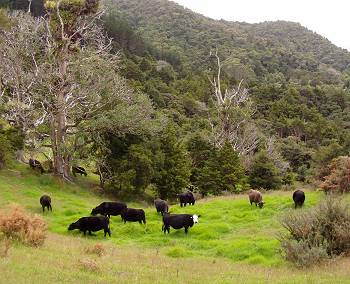 This is where they went to, in from the gate down the bottom of the paddock and I rode around on the bike and up the track at the other side of the middle hill, to take the salt-lick block to them, since I couldn't have taken it over the swamp at the bottom. 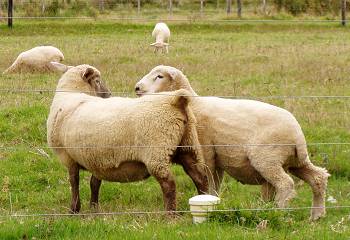 Young Mr Ram is very eager to do his job, but I'm not sure that he has it quite right - not in this picture, but watching what happened next, I wasn't convinced he'd done the required deed to the required standard.  I'll have to watch Dotty again in another 19 or so days. 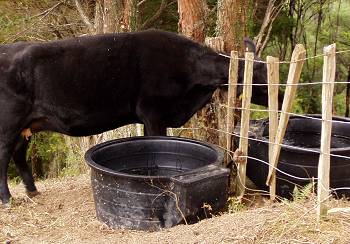 They say the grass is always greener, but the trough is not necessarily always fuller!  In this case it is, a little, but it's the same water and the trough on this side was filling.  The cow, 426, comes from a family of cows who often push their heads through fences to get to grass (and other things) on the other side.  It's not a terribly helpful trait, since it's very hard on the fences, which get stretched and pushed around.  She took several slurps from the trough on the other side, then withdrew her head and completed her drink from the trough on this side. 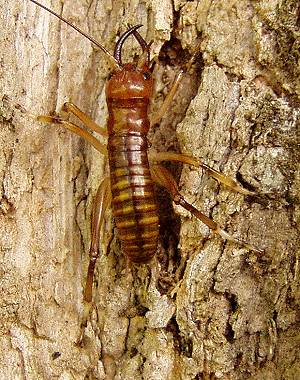 This tree weta fell out of Stephan's trousers when I shook them out on their way to the washing machine today.  They are a very aggressive weta, in my experience, turning and gnashing their tusks if you go near them!  A few leapt out of a tree at me once as I was looking up to see where a lot of leaf rustling was coming from.  It was a highly alarming experience!  Weta aren't dangerous or anything, just very scary looking - and they can scratch, pinch or bite, I believe.  The body of this one was about 3cm long (just over an inch).  Thousands of them probably live in the Puriri tree beside our house; at night I've seen them in their holes in the tree, making their funny little zit-zit noises.

I spent some time writing protest emails to a guy who'd made some incorrect assertions in a local newspaper column about the meanness of the local dramatic society members, in not letting someone who wanted to make some money take over the Little Theatre for unspecified stretches of time as a cinema.  Those who suggest such things have never adequately explained how we will rehearse and use the Theatre in our usual manner if such use were to be approved!

It being the last week of the financial year for many, I had to do some fast organisation to buy the fertilizer I needed with the money my steer buyer wanted to pay on the last day before his own books closed!  I intend changing this situation, since it's always a problem for us: we get our income at the very end of our year and because we don't operate on credit, have to spend all that money almost immediately.  It takes some careful organisation and involves some anxiety with timing!

On Wednesday afternoon the rain began to fall and carried on and on.  We had 120mm over the three days, but it was this storm which dumped over 400mm in some places on Northland's east coast and caused enormous amounts of damage to people's lives and properties (lives in the sense of losing things of importance, like animals, belongings and the like).  At our place the water didn't even go over our bridge, which is unusual for that quantity of rain, but because it came down in moderate quantities over many hours, it drained away without causing any inconvenience.