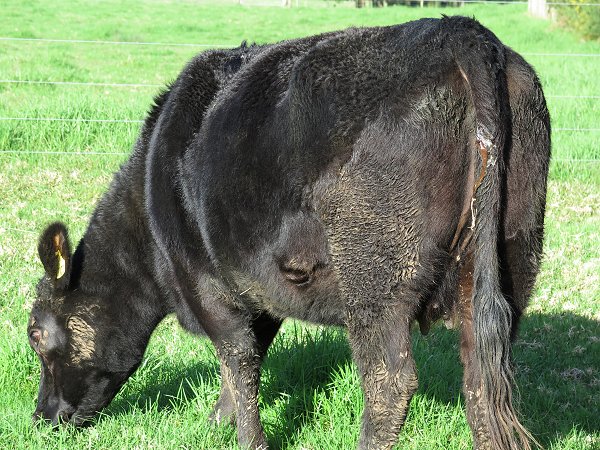 I'm not sure whether this is a significant show of mucous or not.  Its brick-red colour makes me suspicious that 701 has slipped her calf and this is the last of the cleaning out.  It could also be quite ordinary.  I'll find out in another three months.

In the mean time I'll watch her for any sign of being unwell.  I could take her in and do an internal examination, but that would not really serve any purpose at this stage.  If there's still a live calf in there, I'll leave it alone. 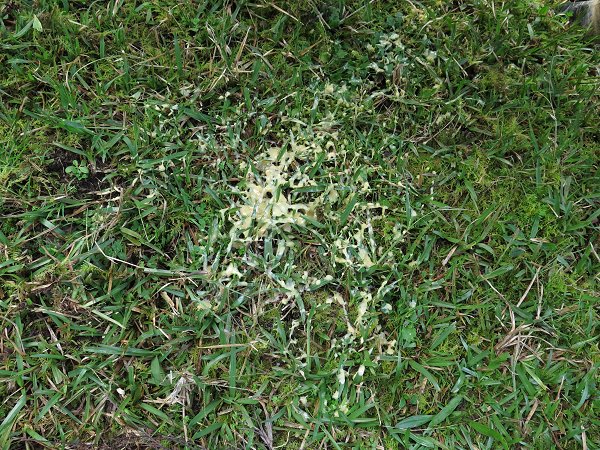 I decided it would be wise to see what Dinky 94 had inside her engorged udder quarter and this was it: gunky, infected milk.  The rest of her udder is normal and she's not unwell.  I'll seek veterinary advice. 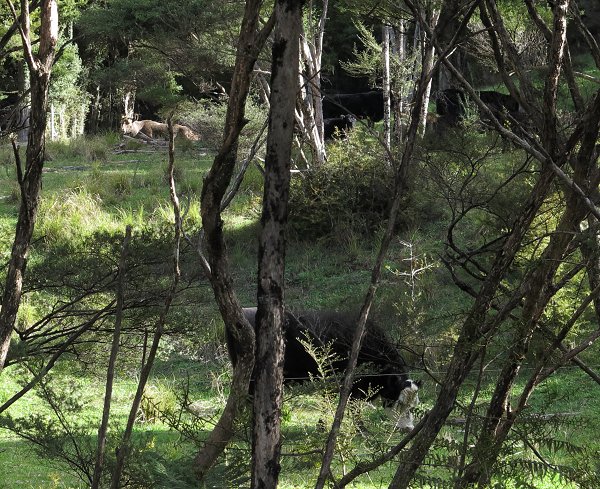 As I left them, I looked back through the trees along the stream reserve to where the cows remained sitting and quietly grazing in the sunshine. 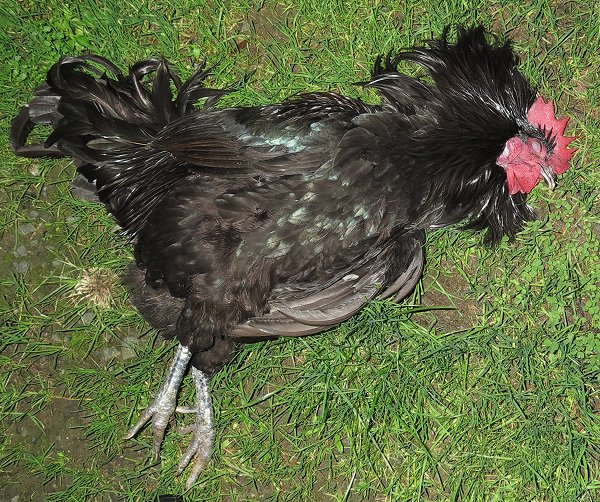 The Rooster is dead!  Stephan said he hadn't noticed anything unusual about him until this evening when the bird wasn't moving.  He's had quite a bit of extra life since he was given to us for the bait bucket a couple of years ago.

I had a veterinary medicines/animal health consultation with the vet this afternoon.  He sent me home with some treatment for Dinky 94, although upon reading that it was for use in lactating udders and noting that each day I milk her out, there's less there, I'm not convinced it will achieve much.  I may hold off on treatment and continue stripping the quarter out and see what happens.  We may have to treat her when she calves and is producing milk again, instead.

I went to knit with the Intermediate School pupils again this morning and ended up being privy to an extraordinary conversation about how old their parents were when they were all born and when they thought they'd have their own children.  Those children's parents will be grandparents in their early thirties if the cycle of teenage parenthood continues.  I gently encouraged caution and delay!  They're neat kids, but I'm glad they're not my immediate responsibility.  I told them I wished they'd complete school and study Political Science and Economics to help drag communities like ours out of the doldrums.  There's so much socio-economic inequality in this country and most of those at the bottom of the heap are Māori.  Young people getting involved in social change is probably the way out for us all - all because no part of society is ok if some people are in unreasonable circumstances.  But how do these kids get out of the cycle of welfare dependence and young parenthood when that's the culture which now surrounds them?

Cold and showery again...  The paddocks are sodden.  June's total rainfall was 302mm, 90mm more than the average 210mm.  The only time we've had more than that was in 2002, but that total was raised by a storm during which 190mm fell over a couple of days.  During those events, much of the rain runs off and into the streams.  This year's rain has come in repeated large amounts which keep everything much wetter.  If the rain doesn't stop continually returning, we'll end up in a situation like the dreadful, awful winter of 2008.

I took Citronella budgie to the vet today, because she's been making a funny little clicky noise when inhaling, for about the last fortnight.  Today she seemed a bit noisier.

I put the two of them into a cat cage with some perches enabling lots of ridiculous jokes at the vet clinic.

A man walked in with a dreadfully ill cat in a cage and said to the receptionist that his pet "wasn't a box of birds", which naturally gave me the opportunity to exclaim that my cage was exactly that!  I'm prone to extraordinarily inappropriate outbursts in public, if I think my first thought is funny.

Fiona gave them both a worming treatment and said that if Citronella had a respiratory infection, she'd have been a lot sicker a lot quicker than she obviously was.  We discussed the possibility of long-term malnutrition on a seed-only diet.  They get other things, but there are pelleted foods available which contain a greater range of necessary nutrients if a bird is not keen to try an offered variety of foods.  These two happily eat grass, but ignore anything more exciting introduced to their food dish.

By the time I left the clinic, it was Eco who looked on the point of death, slumped on the floor of the cage.  It was very cold there, so I took them back to the ute and left them sitting in the warmth while we did a couple of things in town, then took them home to their usual environment.

I also took home a painful injury where Citronella had bitten me and held on for an extended period, causing a huge blood-blister at the top of my index finger! 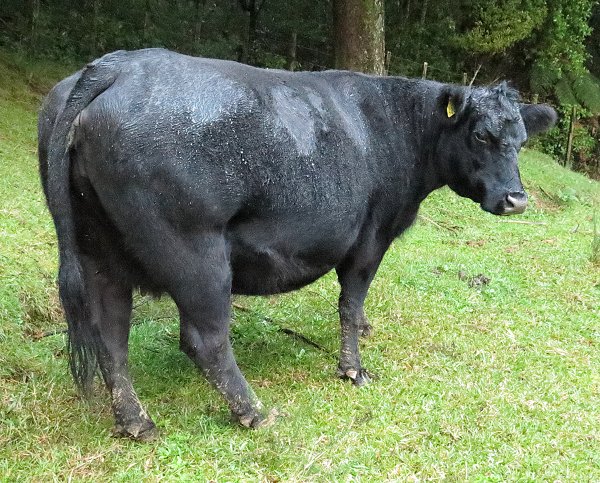 606 is in very nice condition.  I think she's probably fatter than she was a month ago, although the angle in the photos makes it hard to judge that.  In person she seems very well covered now.  I feel happy when the cows are fat at this time of year, set up to cope with whatever the rest of the winter might throw at them. 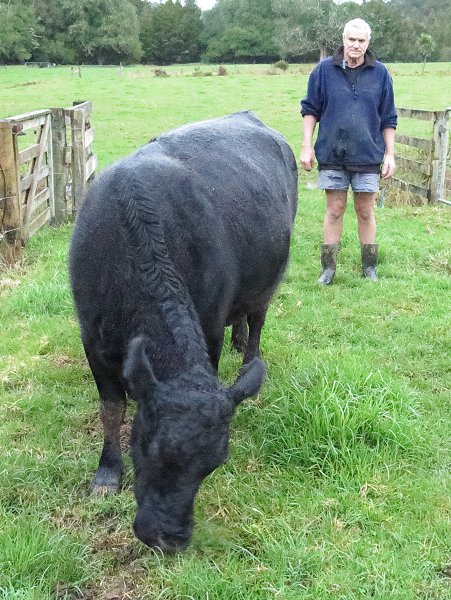 Imagen is similarly well covered.  I always think back to that utterly awful state she was in in 2008, when she'd calved and lost her son and we brought her in and began milking her.  A few of the cows were in far worse condition than I realised at that time. 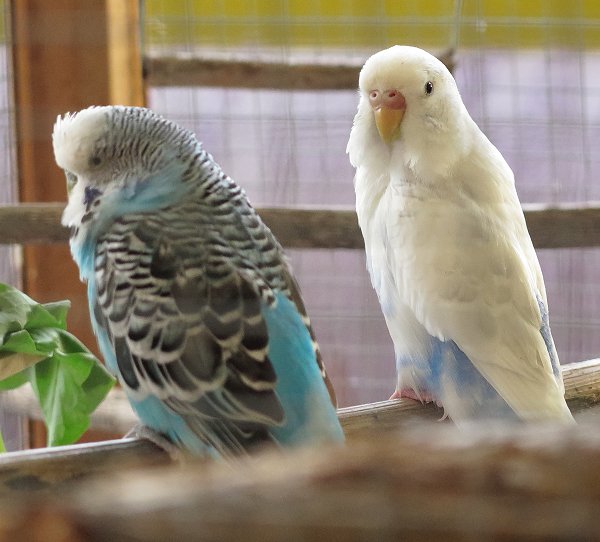 Eco is still unusually quiet.  Citronella seems fine, back to her normal self, singing away to him.  I am assuming Eco got far too cold and will return to health (if he doesn't go the other way) with warmth and a quiet time for a few days.

For all we know he could be geriatric and nearing the end of his life, since we don't know anything about him before he arrived here. 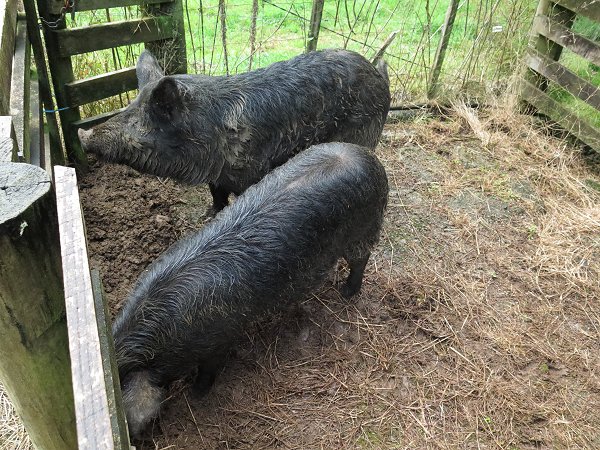 The pigs are increasingly troublesome, breaking out of their enclosure repeatedly.  They're now in the sheep pens with gates well tied and wired, where at least they're on dry ground again and out of the deep swill they'd churned up in their home pen. 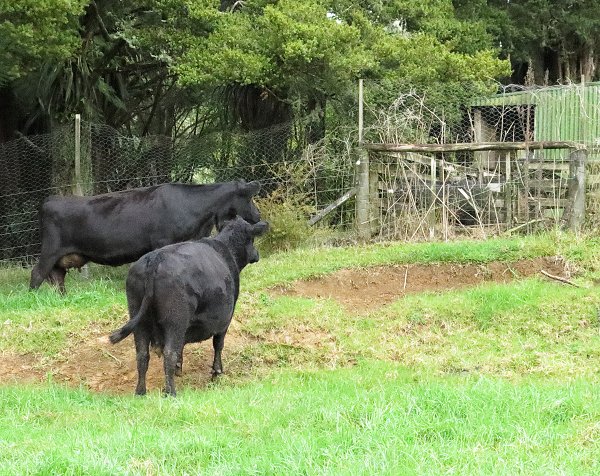 Zella and Imagen seemed oddly disturbed by the pigs when they came in for Zella's milking this evening.