Last year's lambs have been in need of shearing for a while now, so we brought them in and got on with it.  Stephan did, actually, on his own, apart from some assistance in yarding them ready for his ministrations. 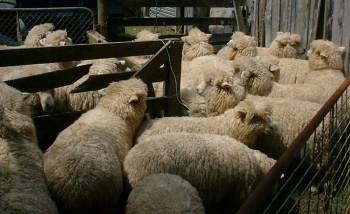 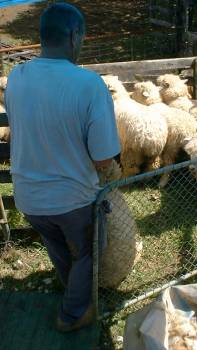 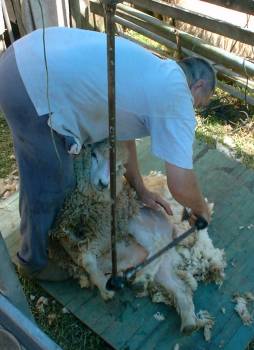 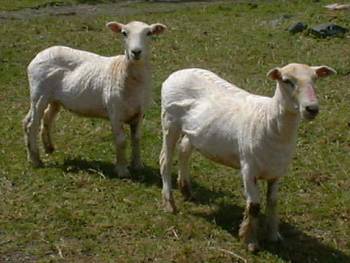 That must feel a whole lot better!

The Shearer is a obviously a Comedian. 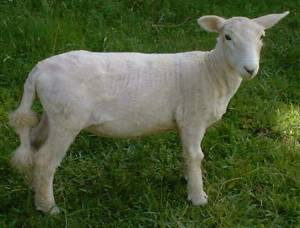 Poor wee bottle-fed lamb, who has so far missed out on losing her tail.  The others have probably been falling about laughing at her.

Here are some chicks I bred from a couple of mixed breed chickens.  I wanted to see what I'd get if I crossed them.  Their parents are siblings from an Araucana rooster and one or more Old English Game bantam hens. 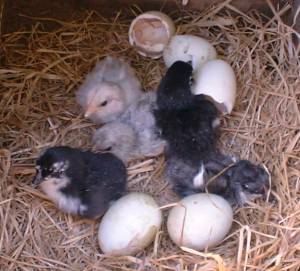 The eggs are a lovely pale green.  The grey ones look like they've inherited their grandfather's colouring.

Out in the fields there's a bit of activity too... 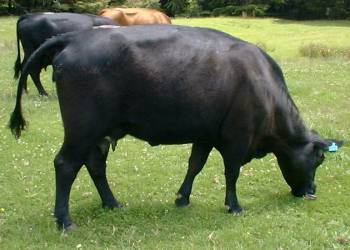 The cows look pretty uncomfortable after the bull has done his thing.  They generally look a bit hunched like this for a while after mating.  The white bits on their backs are the pressure indicators I glued onto them last week.  When the bull mounts them, the dye inside the indicator is squeezed out to make the indicator turn red, so I know who's been done when. 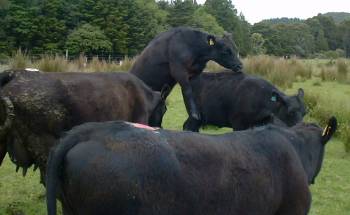 At last, some action in the Insemination mob!  Away in a rush (or rushes, in this paddock!) with three on heat at the same time.  So we went to the yards and I inseminated them.  One of them was #390 who was a baby last year.
#390 and Abigail, Isla's daughter, have both grown well enough for mating this year.

After he gets home from work, Stephan gets back out to his real job again.  First the strainer posts are put in at each end of the fence, then two guide wires are run between them and strained tight, to provide a guide for placing the posts for the fenceline. 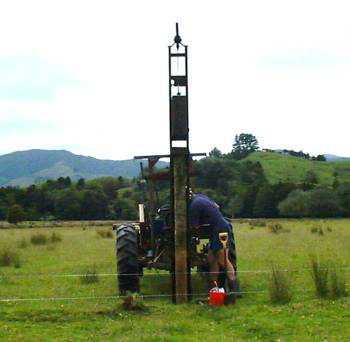 The next step is to thump in the posts along the line.  This fence will be a five-wire electric fence, replacing a very old fence which had fallen into complete disrepair.  We'll install four- or even three-wire fences around the back of the farm, but here on the flats, where we have sheep, we need to put enough wires in close to the ground to stop the woolly ones from making their own grazing decisions.

Virago Bertrand 01 has done his dash here.  Today was his time to take the last truck ride to 'the works' at Moerewa.  It's always a sad time, as I've written every time an animal has made the trip.  Bertrand has been here from birth, being the first stud calf born on our farm, from the one of the two cows I bought back in 1997.  He has sired 46 calves. 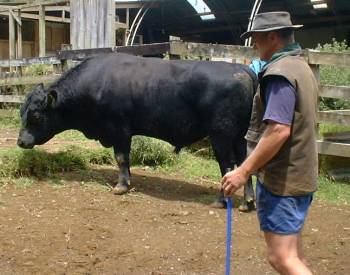 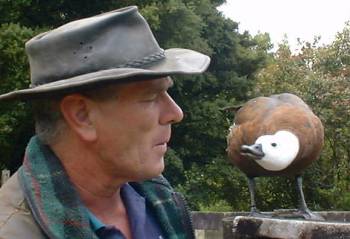 While we were waiting for the truck (which arrived two and a half hours late!), Ms Duck allowed a bit of close contact, something she's not done for several weeks.  Later she came out for a walk/fly with us too.

Since I have to stay at home over the summer, to inseminate my cows, Stephan and I went off for an early Christmas dinner with some of the family.  Jill had iced the family's traditional Christmas cake, with the latest version of St Nicholas/Father Christmas on the top. 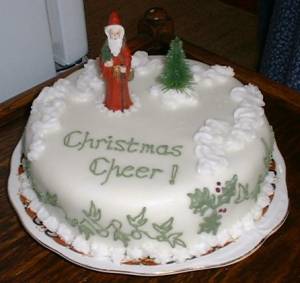 The original Father Christmas was fat, jolly and on skiis.  His ski tracks would come up the vertical side of the cake (well, if he can fit down vertical chimneys, why not?) and weave around the little Fir trees in their little pots and there he'd be, always in the middle of going.... somewhere.  I'd forgotten, but apparently Issa, my nephew, LOST FATHER CHRISTMAS!!!  Perhaps Jill could just have iced the ski tracks on the cake, carrying on over the other side and away, with no red chap to be seen.  The new version is quite dignified although he looks rather like levitation must be his method of movement.