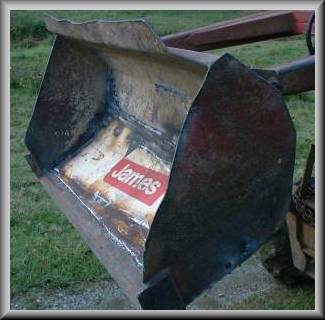 Stephan has completed his repairs on the bucket of the tractor's front-end-loader.  The steel came from an old James Aviation fuel tank.

Here are two of the chicks, now growing their adult plumage.  I'm still not sure what sex they are.  The older they get without the wattles under their beaks growing much, the more I think they're probably hens. 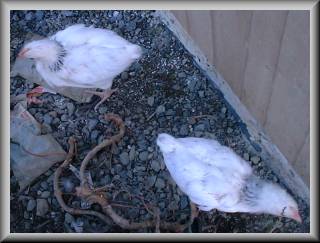 Tuesday the 3rd of June

We moved the new cows to the paddock near the house, so that I could get out there regularly to "bribe" the new cows into friendliness.  Today was about the third time I've done it and they're approaching much more closely now. 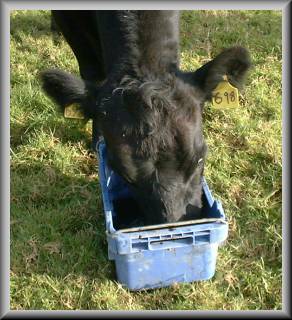 Later on this afternoon, a bit more, just to keep up the momentum ...

This is Irene, who was the most jumpy of the new cows, within touching distance!  Now, instead of running away when I come near them, they look at me expectantly.  Very good. 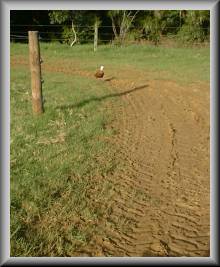 While I was feeding the cows, Stephan was getting the tractor out, for another trip out around the farm.  As soon as we drove off, Ms Duck trotted along after us: the cow-duck at heel.

I was rather glad to be seated upon my "throne" along this track!  There isn't as much water and mud around as is usual at this time of the year, but it's still messy enough. 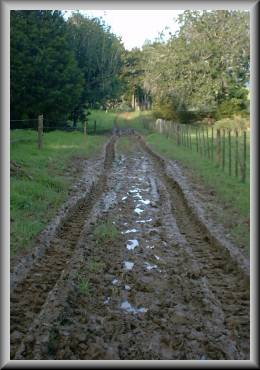 The duck flew most of the way home. 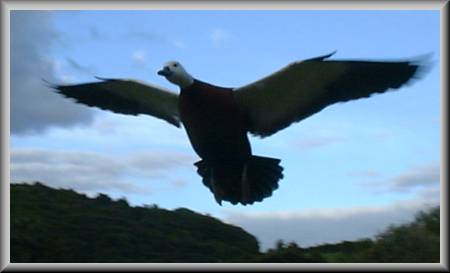 Stephan has been having a wonderful time.  He's been picking up bits of wood - old Totara fence posts, bits of dried tree trunks - and bringing them home to see what might be inside them.

These are some of the things he's found so far ... 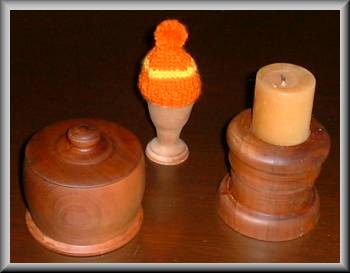 Stephan used to do quite a bit of wood-turning, but hasn't had a shed set up to do so for some years, until now.  He's really enjoying doing it.  If you'd like a piece of magically crafted native New Zealand wood, let us know.

I've given up making ordinary sized hats, since I seem to be almost the only person in the world (apart from Meryl, Jill, Cortney and Stella) to appreciate their toasty warmth, and have moved on to considering the comfort of boiled eggs.  I whipped up the wee orange number to accessorize Stephan's creation, last night.