There are more trees in our orchard!  William brought two or three more today and Stephan and he went up to plant them.  Then on Tuesday Nut brought and planted a Persimmon. 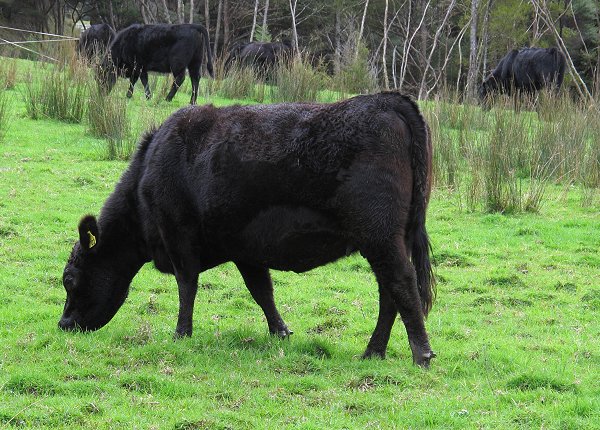 701, the biggest and best two-year-old heifer.  She very nearly wasn't, because her mother, 517, was on the cull list after her previous calf turned into an intractably mad animal.  But because bull 89 only got a few cows in calf before being injured and 517 was one of them, I kept her and I'm glad I did. 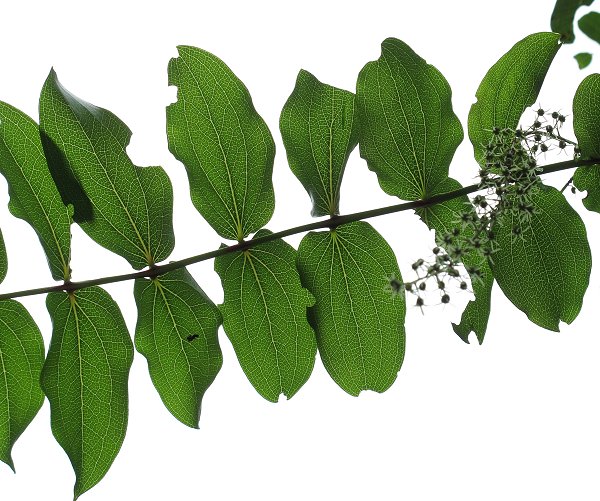 Tutu leaves are pretty.  I like the vein structure.  I took this picture looking up from beneath a Tutu branch. 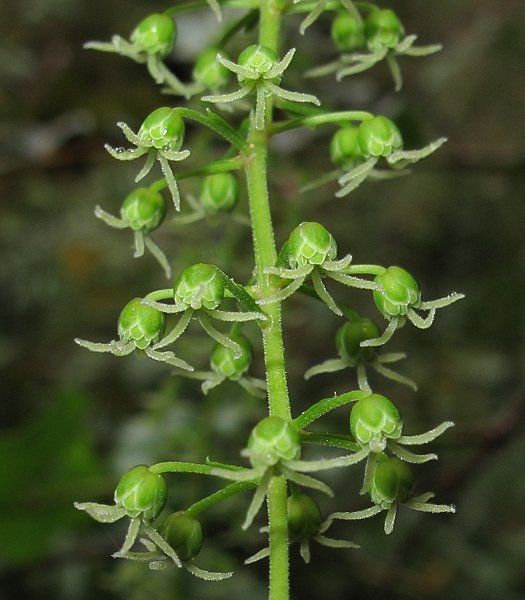 I'm going to have to do some more research: I thought Tutu flowers were like this, and after referring to my tree books, I'm still not sure whether the dark crimson form is part flower or developing fruit - probably the latter.  Some closer observation may be necessary to answer the questions I now have.

I usually spend the early parts of the day writing, so don't go out to check the cattle until the afternoon.  This evening I didn't get home until twenty past six and it was still light enough to see where I was going.  I love it when the days start getting noticeably longer.  Before we know it, it'll be summer again.

Armed and dangerous!  We bought some Bayticol tick pour-on the other day and it has rained every day since then.  Today has been fine and looks likely to remain so, so I found the pour-on gun we bought a few years ago, strapped the container to my back and went out to see the cows.  I hoped I could do them all as they stood around in their paddock, which would save time and the trouble of bringing them in to the yards. 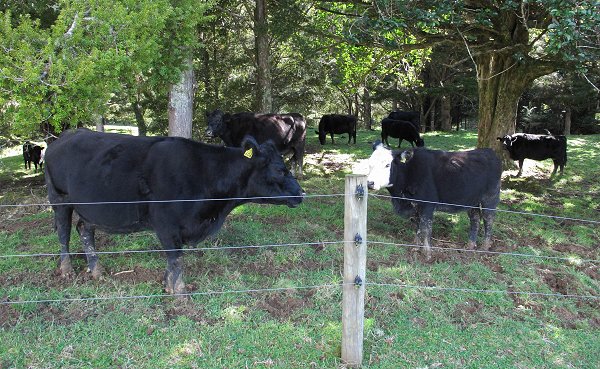 The cows were all standing peacefully under the trees at the front end of the Small Hill Paddock and I walked around giving them all a couple of lines of squirt along their spines.  The only one to move away from me with my unusual paraphernalia was young white-faced 660, but I managed to convince her to stay still, with a bit of around-the-tail scratching, which they're always happy to stand still for.

The other cows, the "skinnies" in their groups of twos and four, were similarly easy to do.  Then I walked the heifers in to the yards and did them in the race.  There are only a few in that mob yet ready to let me get near them. 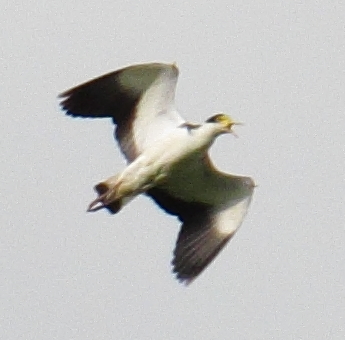 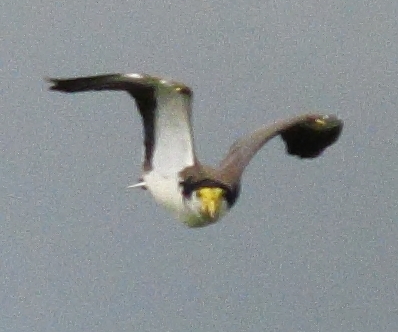 These pictures are of one or both of the Spur-winged Plover parents of the chicks which hatched last week.  As I walked along the track they flew at me repeatedly, with constant calls - in warning to me or reassurance to their chicks, it was difficult to tell.  I see now that the spurs on their wings are visible in the pictures: at the first joint of each wing, there's a claw sticking forward out of the feathers. 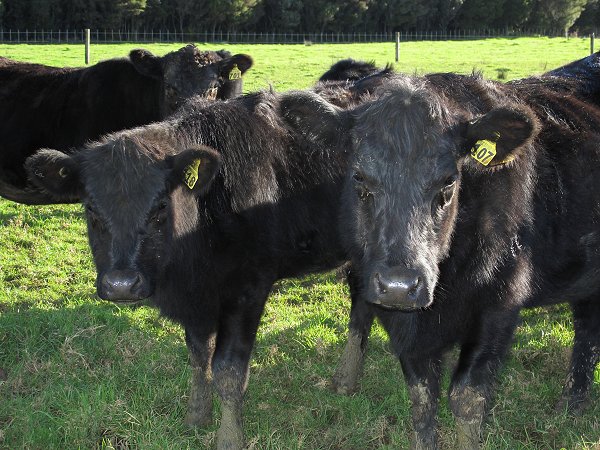 Last time I photographed two sisters like this, one of them ended up in the freezer!

These are the Queenly sisters, Victoria 118 and Queenly 107, daughters of Queenly 23.  I think they're the only animals in the herd with that particular facial hair pattern: all their hair grows downward from the poll (the top of the head where there'd be horns if they had them).  Everyone else has a whorl in the middle of the face somewhere.

There's been another Angus genetic defect discovery and announcement in the past week, this time a gene which causes 'developmental duplication' leading to some affected animals being born with extra limbs.  It comes from a long way back in the Angus pedigrees and it may be in my herd, but none of the bulls I've used in recent years has been tested as a carrier.

The usual process with these things now is that the Australians spot something odd in their cattle (because they are heavy users of semen coming out of the big US herds and there are a couple of tenacious breeders who happen to be scientists as well), then collect as many samples of the odd thing as possible and they work with a couple of scientists in the US to pin down whether or not there is a genetic cause (rather than a viral or environmental one) and then where in the genome the defect occurs.  A method must then be developed to screen cattle for the defect and that method, once proven, is licensed as a test for commercial use.  Fortunately as part of the process of developing the test, most of the common AI bulls are tested, which then eliminates (or indicates) the need for many other animals to be tested.

Recessive defects can be present and passed down through many generations before carrier animals are mated together and the defect is finally seen.  It's unlikely there are more in the Angus breed than any other, but we're lucky to have a confluence of interested and talented people on the job as well as the technological capacity at this time.  (We, in this case, is those of us who breed cattle and care to ensure we're doing it responsibly - I no longer have anything to do with the NZ Angus breed society.)

This year there'll be two competitions, because there's a special pair of animals I'm watching with great interest: twins Gem and Meg.  (Eva's Annual Calving Date Competition page will appear in the next couple of weeks.)