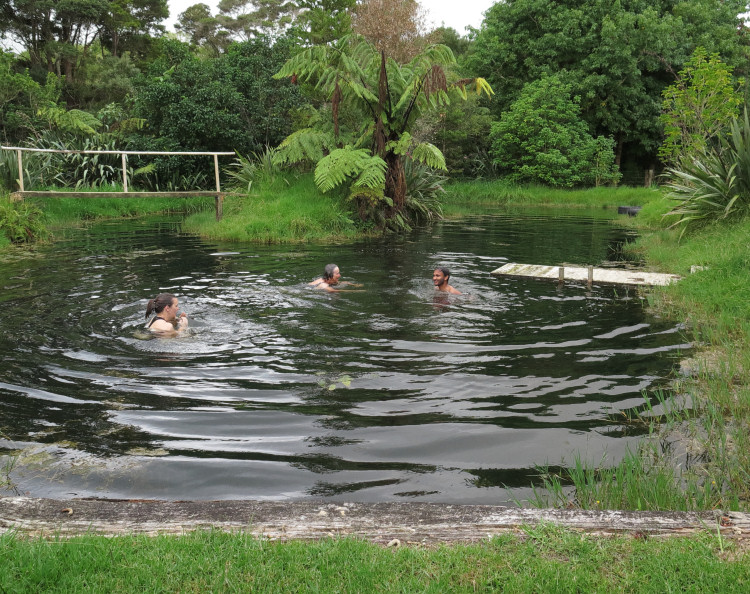 I felt a little better today, in slightly less pain, a little less fragile.  It's obviously a slow process.

Elizabeth, Miriam and Roy came out this afternoon and stayed for dinner. 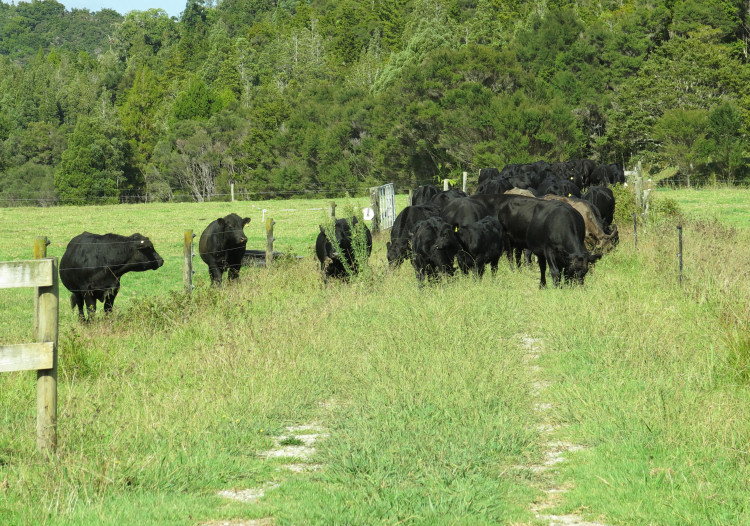 Feeling a bit less ok again this morning, I walked out to watch Stephan bring the cows along the lane and into Flat 1.   This beautiful lot always make me feel better. 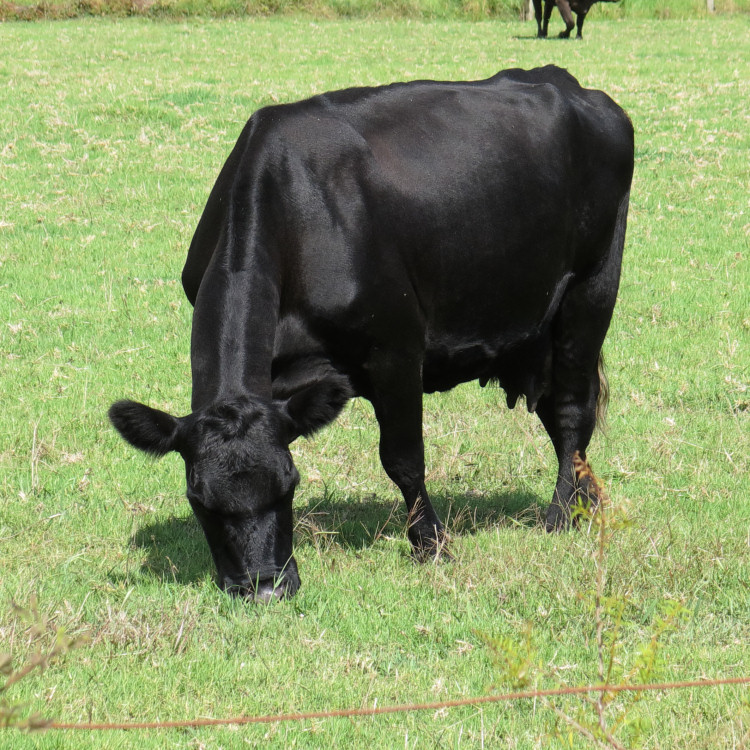 Eva and her lovely face.

She seems to be staying thin.  But she's healthy enough and has grown two stunning daughters in the last two seasons.  (The others have been nice too, but Dushi and Delight have both been particularly well-grown and fabulous.)

Stephan says heifer calf 877, daughter of Jet 777, just stands and looks at him.

I wonder what he was telling her? 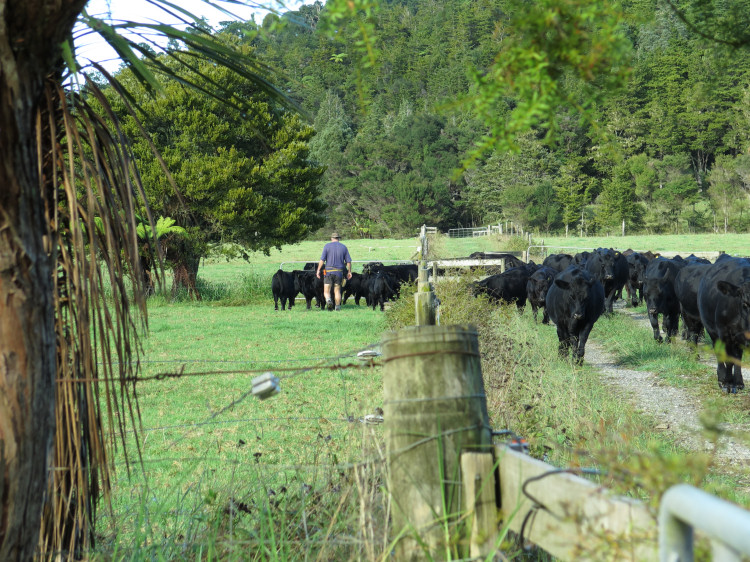 It always fascinates me that the calves learn this business of going to a gateway in the opposite direction from where they see the rest of the herd moving.  Thank goodness they do! 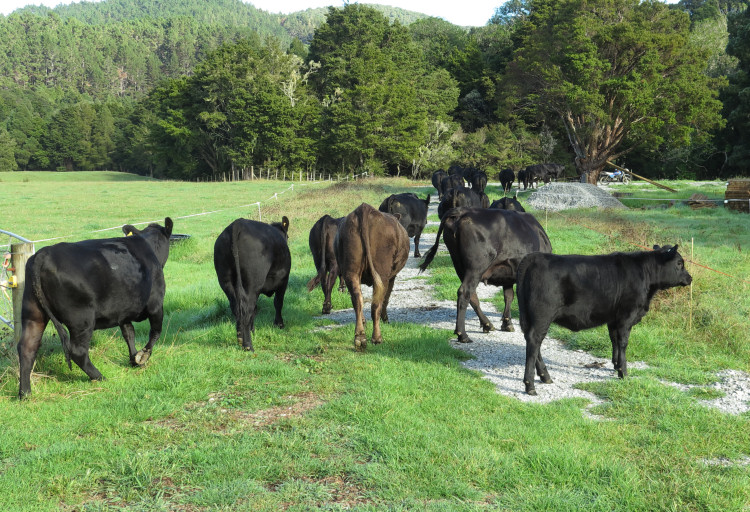 They all went along the new metal to the crossing through the stream and up into the Tank paddock.  They've not been in there for quite some time, since we found the young neighbour's cattle in the bush on the other side of the inadequate fence.  Stephan phoned him and he said he'd now sold all his cattle.  I hope that is true.

It will be helpful to have the cattle graze the long grass down before Stephan goes in there to begin work on the next section of the boundary fence.

Two weeks today since the surgery.  I spent most of yesterday out of bed for the first time but I'm tired and sore today as a result.  I still sleep for a while in the afternoons and not all through the night.  Nice not to have a job waiting on me anywhere.

Finally my throat has recovered from some injury caused by the intubation during the anaesthetic.  I began on the day of the surgery, with a slight croak in my voice, proceeded to a full-on throaty growl and it's taken this long to completely come right.

The pathology report came back yesterday.  It shows that I lost a kilogram in one afternoon.  No alarming findings but one surprise, a condition called adenomyosis, similar to endometriosis (which has been appearing in the news of late, as its awfulness is being publicised by women who've had undiagnosed, hideous pain for too long from something quite commonly found) but confined to the cells of the muscular walls of the uterus.  It causes uterine enlargement, tenderness and inflammation each month as the endometrial cells bleed where they should not be.  The only cure is apparently hysterectomy and diagnosis is only certain when the uterine cells are examined microscopically. 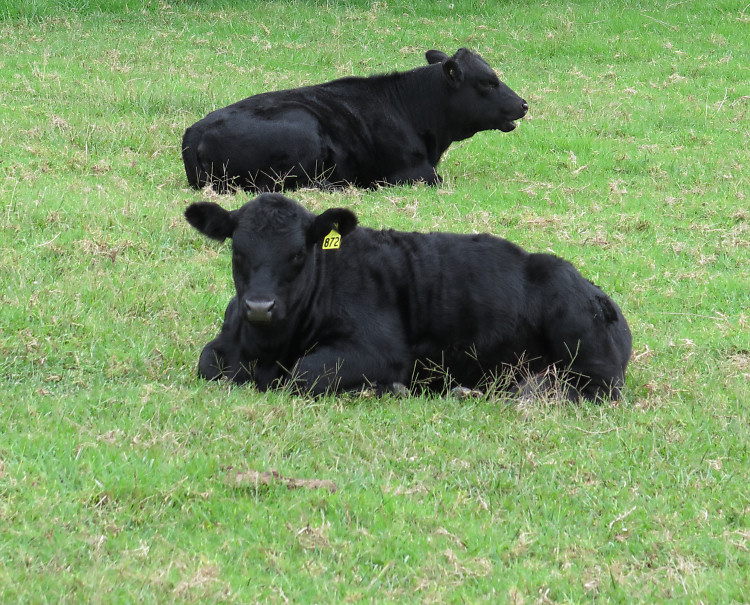 The cows and calves are now in the Windmill paddock.

This is 742's daughter, Mr 87's last daughter.  She looks lovely and soft and well-resourced.  Her temperament is alright, so I will probably keep her. 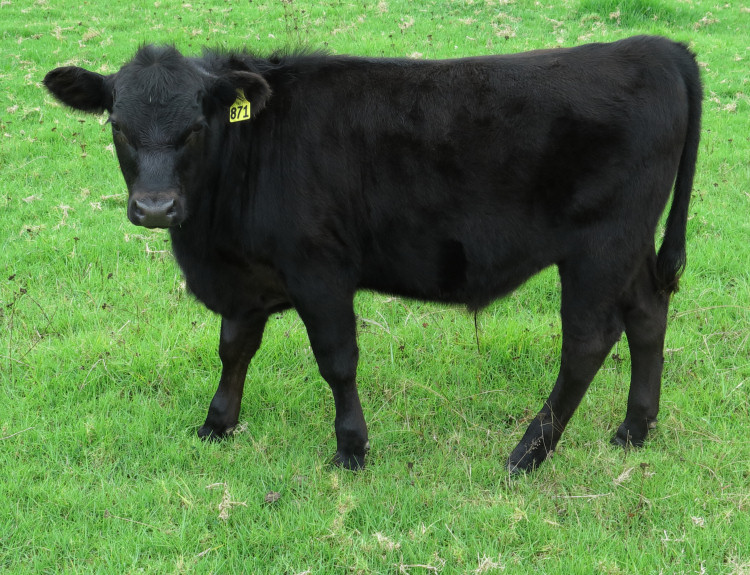 Zella's sons repeatedly look like they have more Jersey blood than their 25%.  (Zoom, with the same pedigree as this calf, is barely distinguishable from the rest of the herd.)  He looks much like the others at the front end, but his general shape and the appearance of his rear suggests his dairy heritage.

Despite some recent rain showers, the ground at the bottom of the boggy Tank paddock was still dry enough to drive in with the tractor and thumper.  Stephan was determined to get this fence strainer post in with the thumper while he still could. 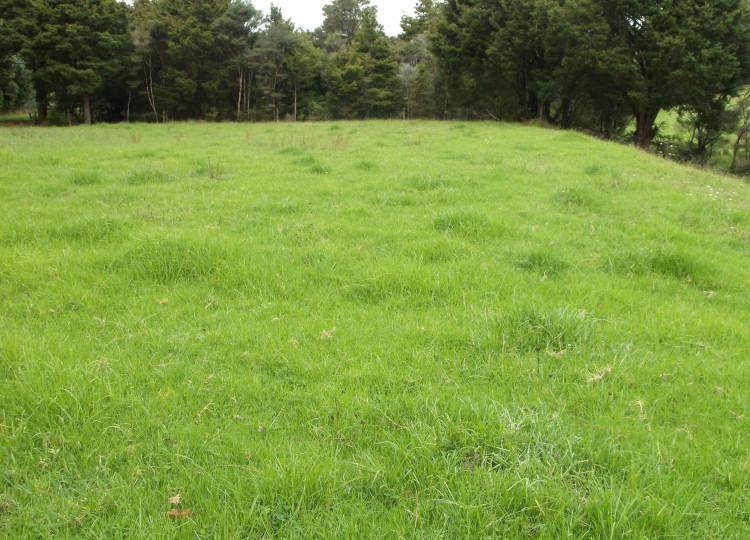 Stephan took this picture of the grass in the Back Barn.  Despite my concerns about the big gum trees sucking all the goodness out of the soil, it's still capable of growing a lot of grass when it's Kikuyu time. 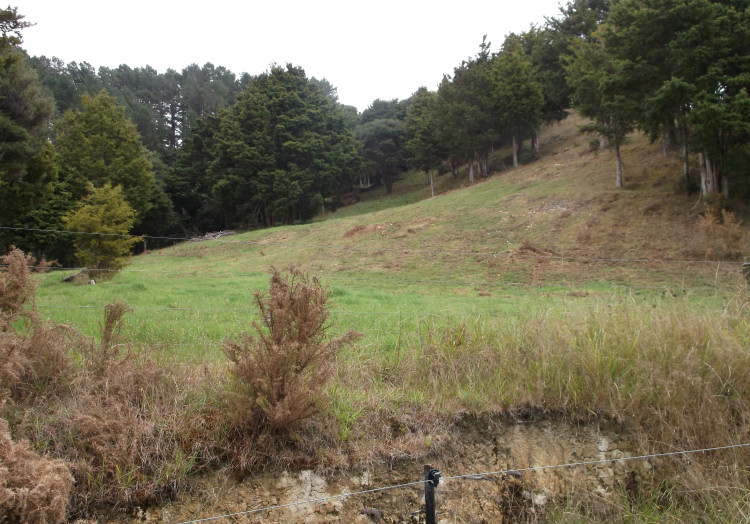 Sometime (neither of us can remember which day) Stephan came out with the big slasher and tidied up all the dead gorse and seedling Totara on the Pines northern slope.